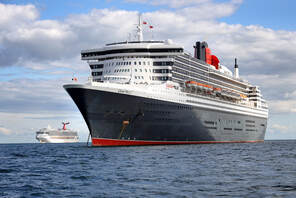 2020 will forever be know for a year in which the world was turned upside down with the first global pandemic sending a freely transmitting virus from Wuhan (China) around the world at alarming speed with dire consequences. Many industries suffered as a result, and the International Cruise industry was one of the first to experience the full force of the rampant virus early on. With up to 4000 people on board some of the larger ships it was easy to see how a virus could spread so quickly on board. With Cruise ships dotted all over the world the repatriation of British passengers was a huge logistical task. But once the passengers were safely delivered back to the UK, what happened to the cruise liners?. With all round the world cruise programs 'on hold', household names such as Cunard, Carnival, P&O and TUI needed locations to store their fleet of vessels for the the summer period. The same pattern would happen around the world with cruise ships returning to their home countries. As the summer months progressed many of the colossal UK liners began to appear on the southern shores of the UK. Locations such as Borunemouth, Poole, Weymouth, Portland and Torquay (locations better known for a summer beach holiday) all of a sudden these summer holiday destinations had cruise ships at anchor within sight of holidaymakers on the seafront. The Anchorages offered relative protection from bad weather, and a free place to anchor. Cruise companies needed to keep their costs as low as possible, the cost of mooring at busy and expensive ports in the UK was not an option for the extended period of time. Weymouth/ Portland anchorage is one of the largest on the south coast and can accommodate a large amount of ships at any one time. These majestic vessels soon became a tourist attraction, and local fishermen and small sightseeing boats (themselves having been adversely affected through lack of income by the lock-down) saw an opportunity to make up for missed tourist and fishing trips by taking passengers for trips to see the cruise ships up close.
My visit took several attempts to get right, firstly weather was a factor with heavy rainstorms passing through area in late August, one of my own booked trips was cancelled. Secondly the amount of ships on anchor, as every few days the ships would head out to sea to dump their grey water and take on more salt water to process through their desalination plants. With a skeleton crew of around 80 personnel still on board, every tap, shower, bath and toilet had to be run daily to ensure legionnaires disease did not take hold in the water systems, meaning the constant need to replenish water.  Thirdly space on the fishing boats, the ships were becoming so popular that booking within a weather window was becoming increasingly difficult.
My visit took place on the 29th August 2020, having booked with Supernova Charters of Weymouth on board their 11m BW Seacat powered by 2 by 2x 200hp Nani engines giving a cruising speed of 16knts, where I joined around 10 others for a one and a half hour trip from Weymouth Harbourside.
At the time of my visit there were six Cruise Ships at Anchor in the bay. 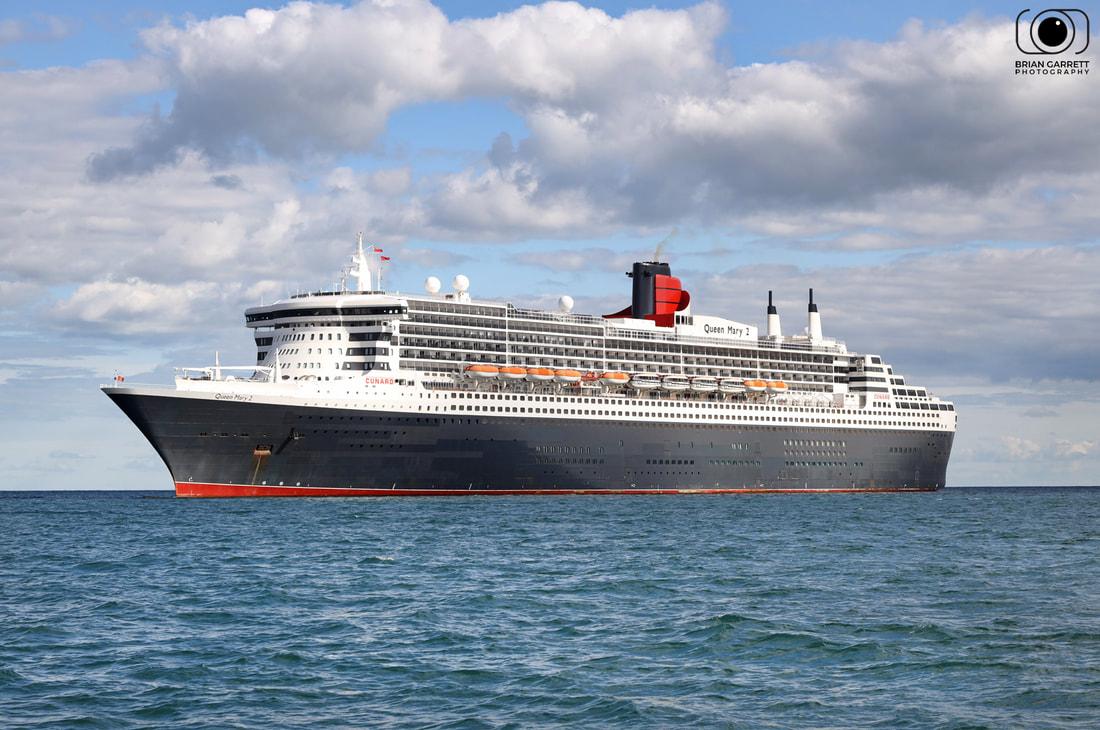 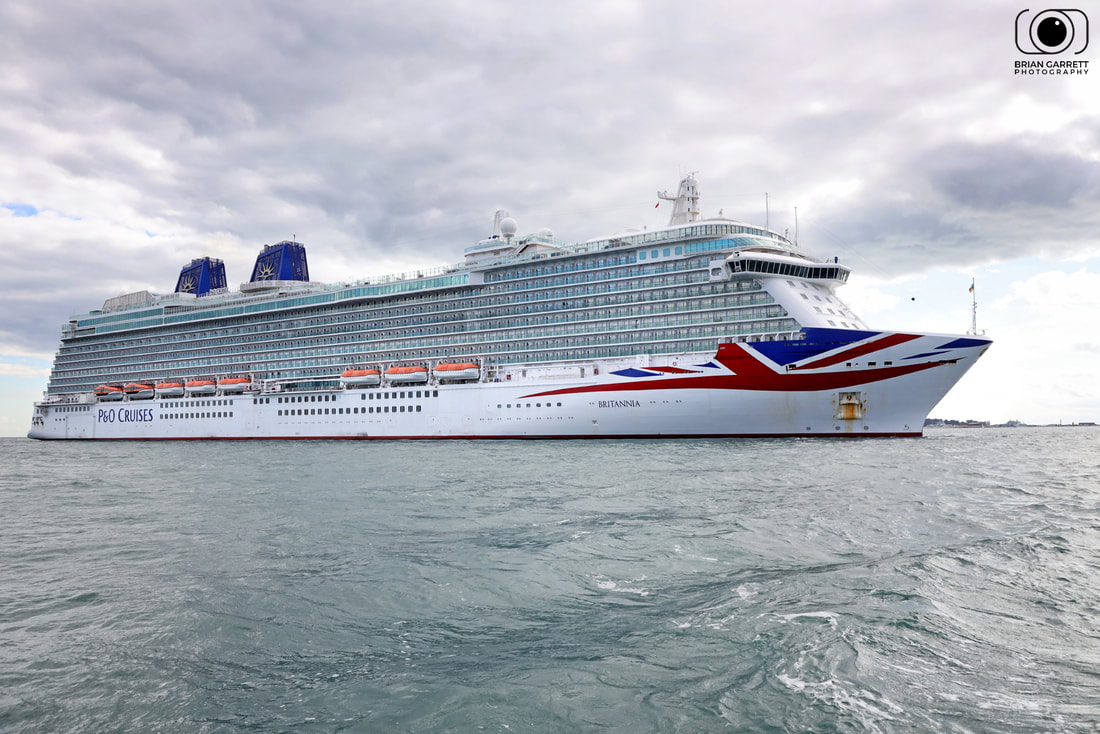 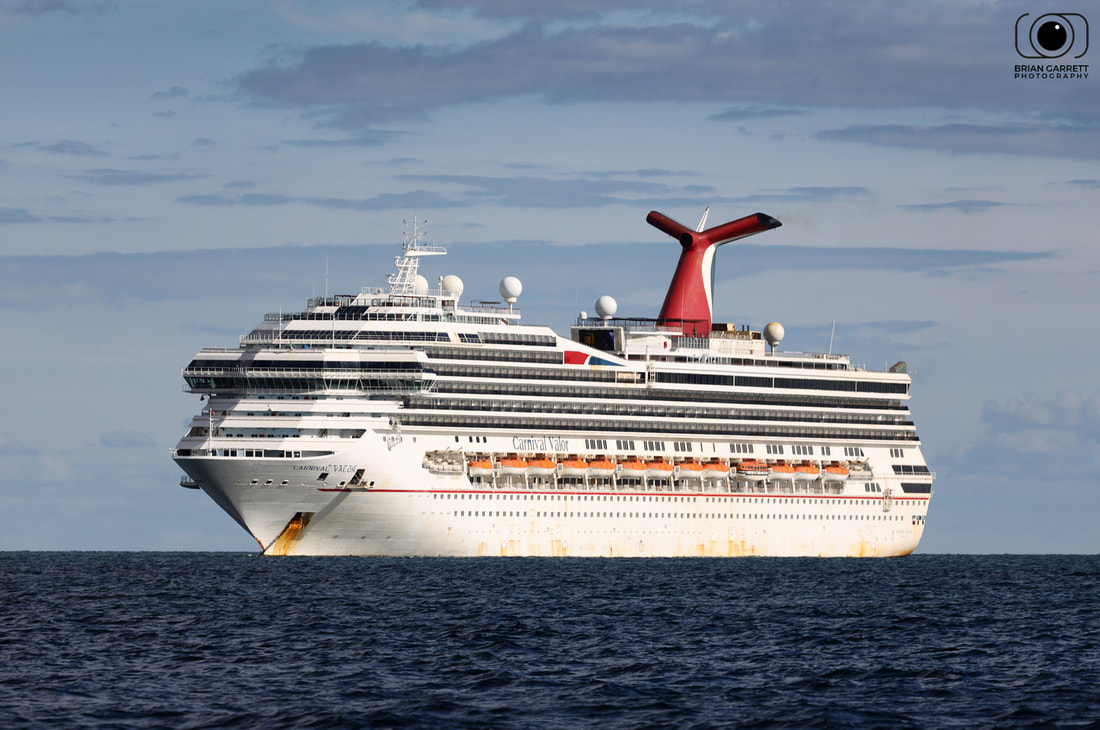 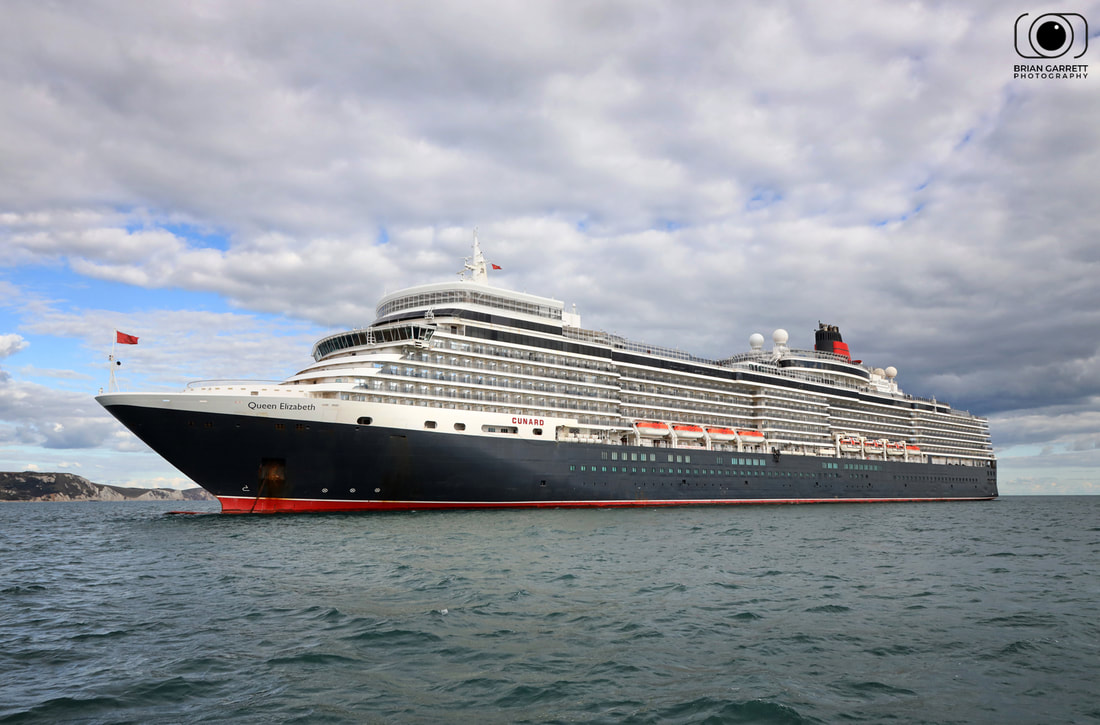 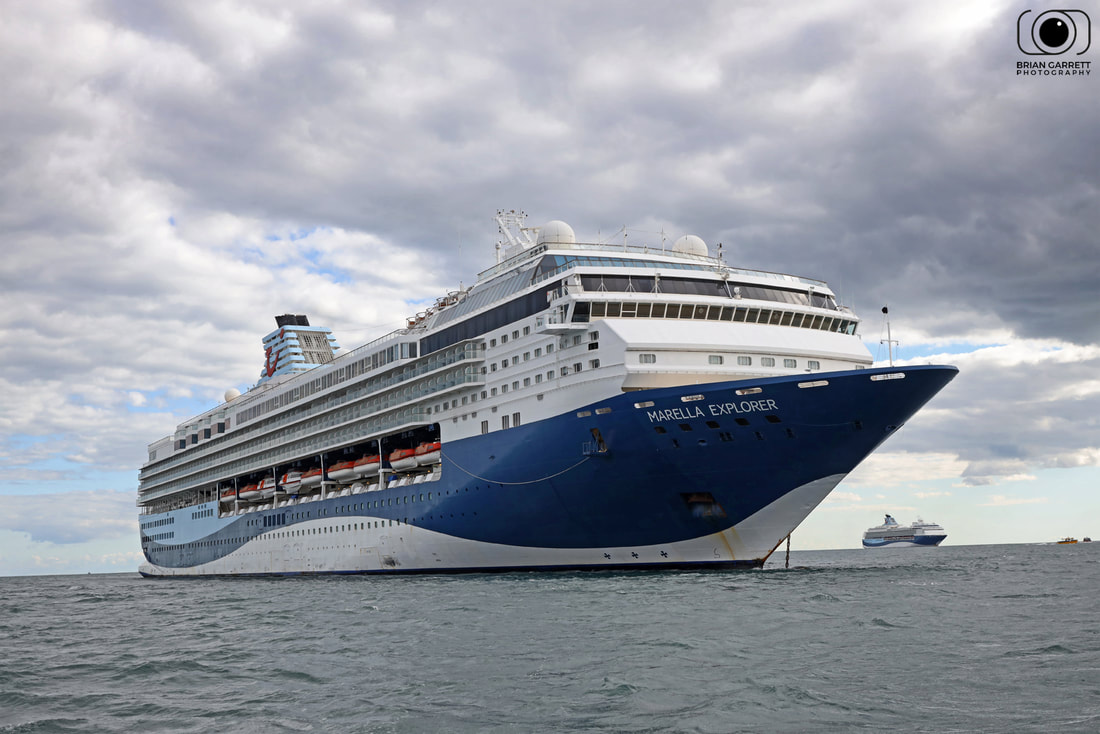 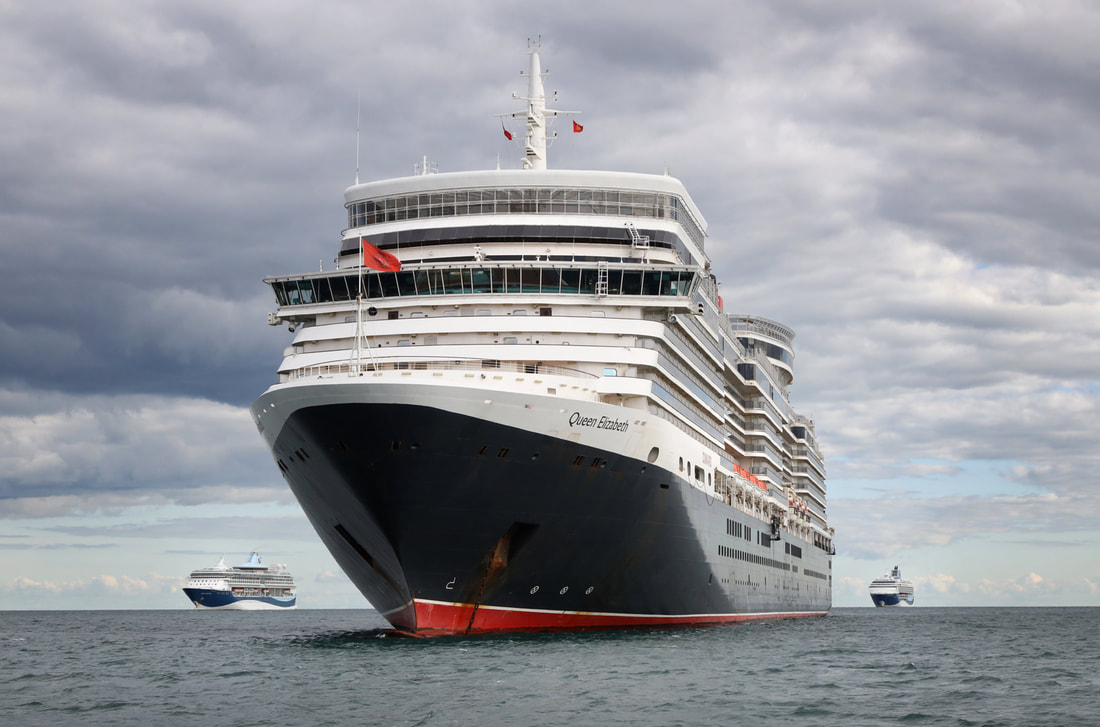 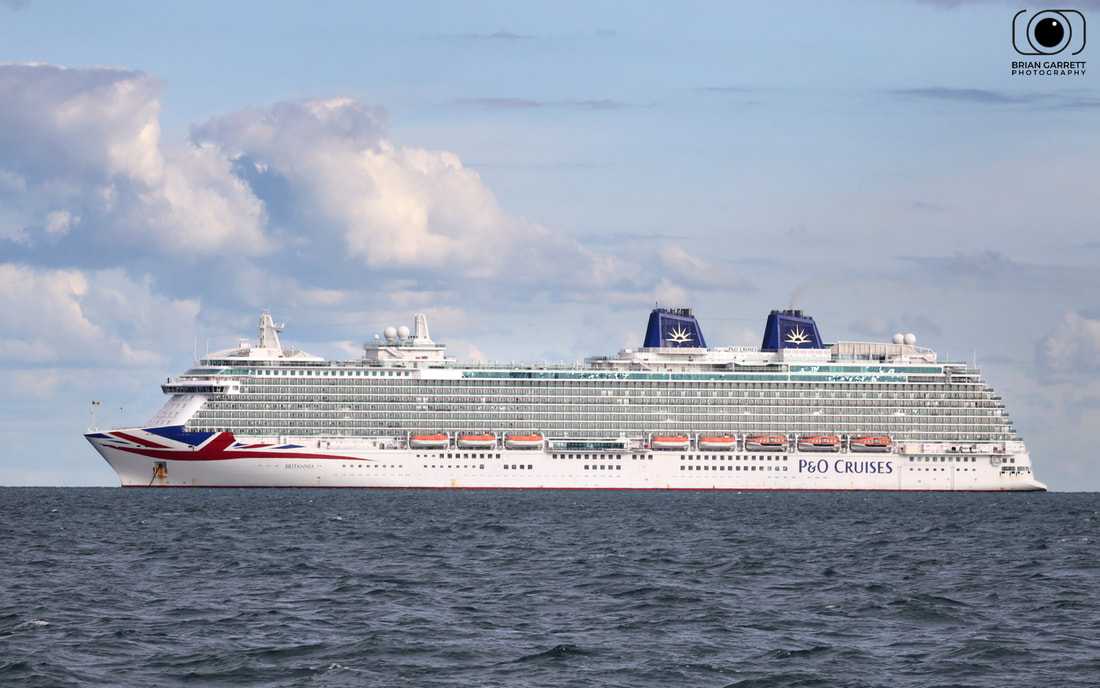 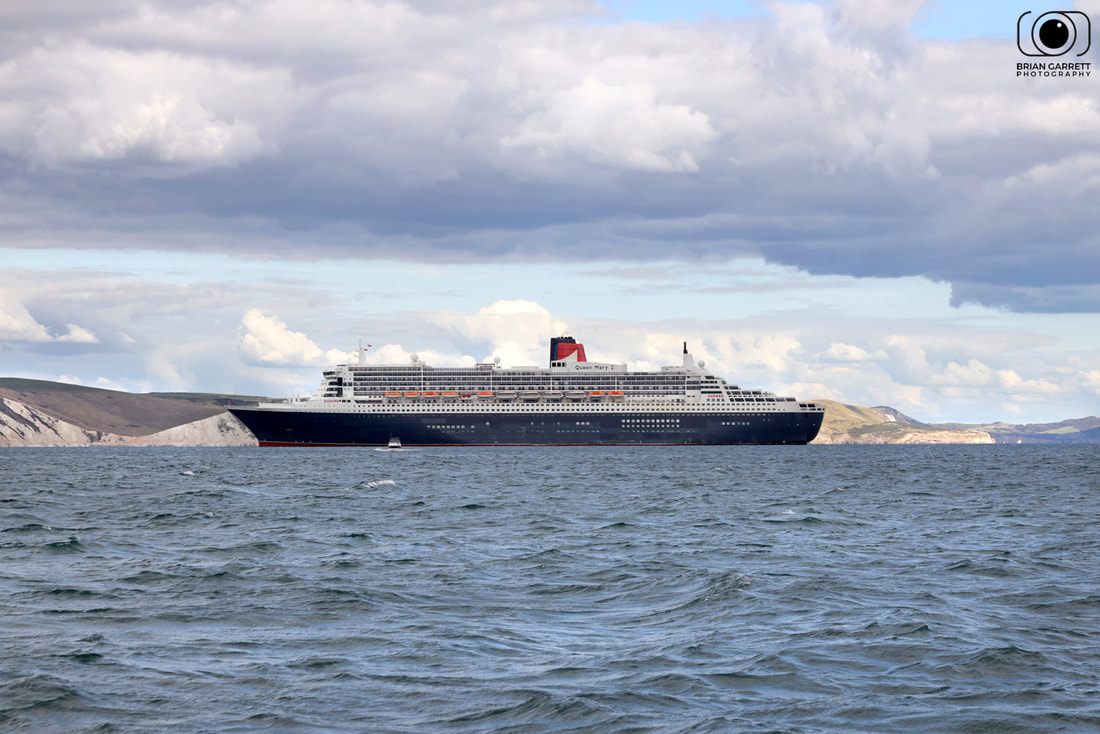 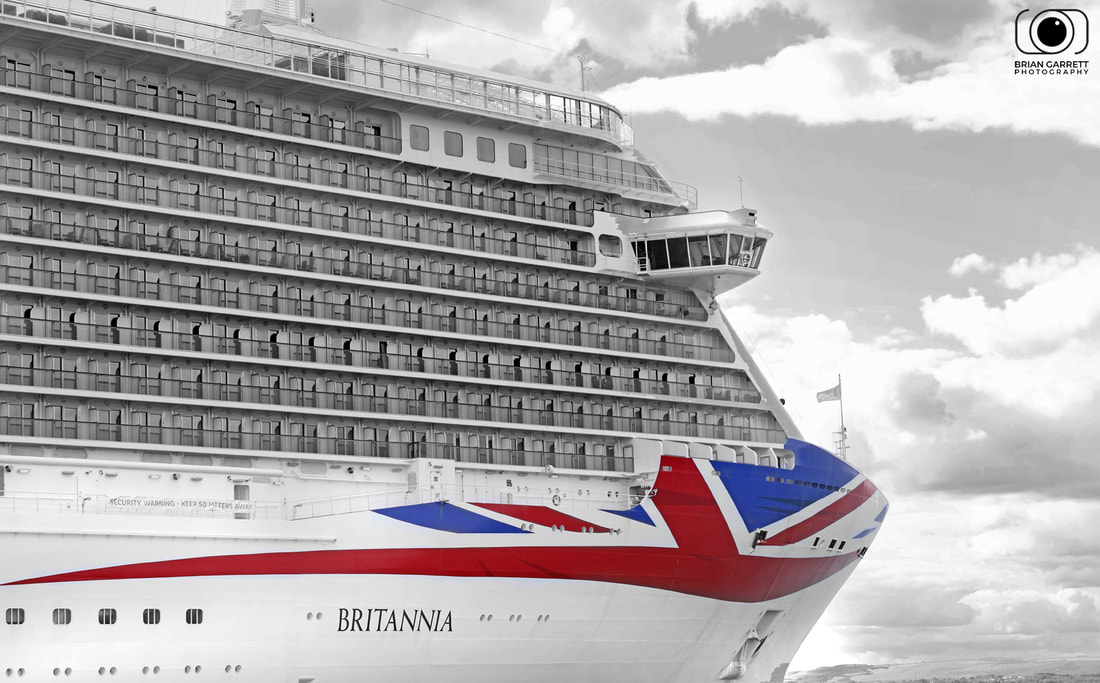 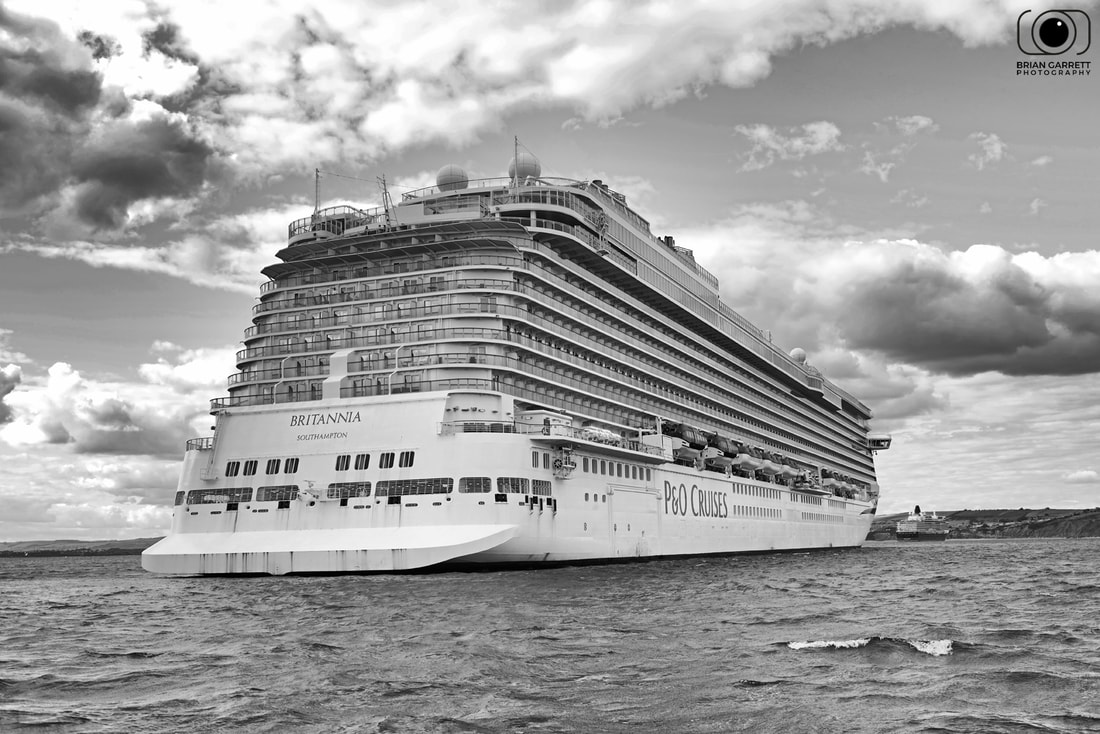 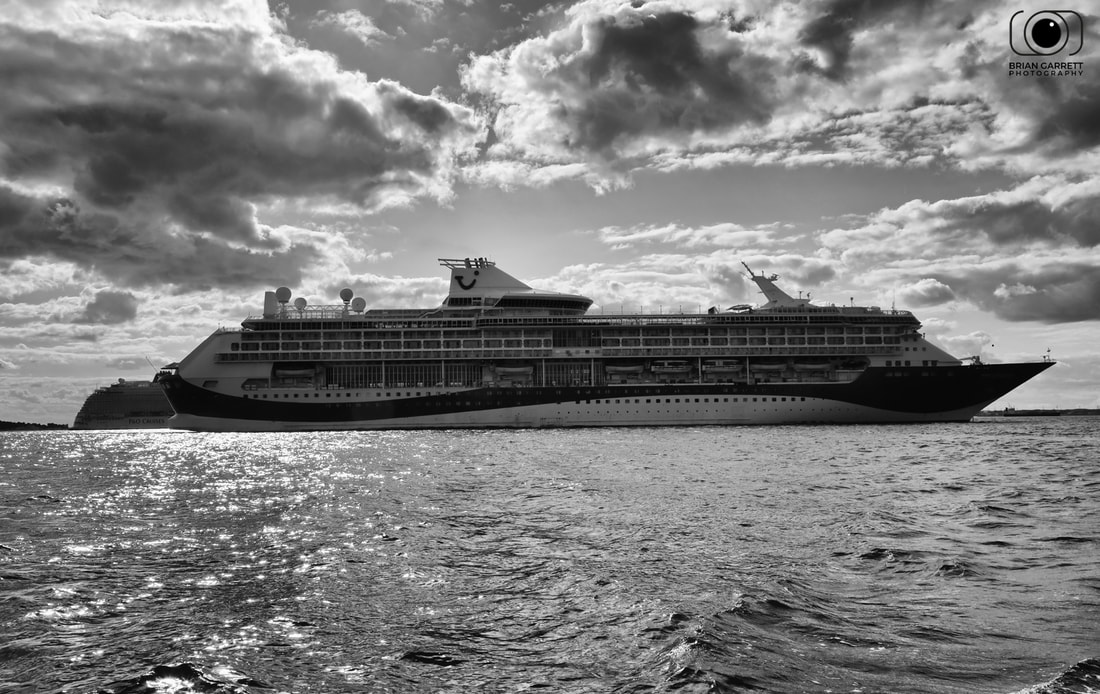 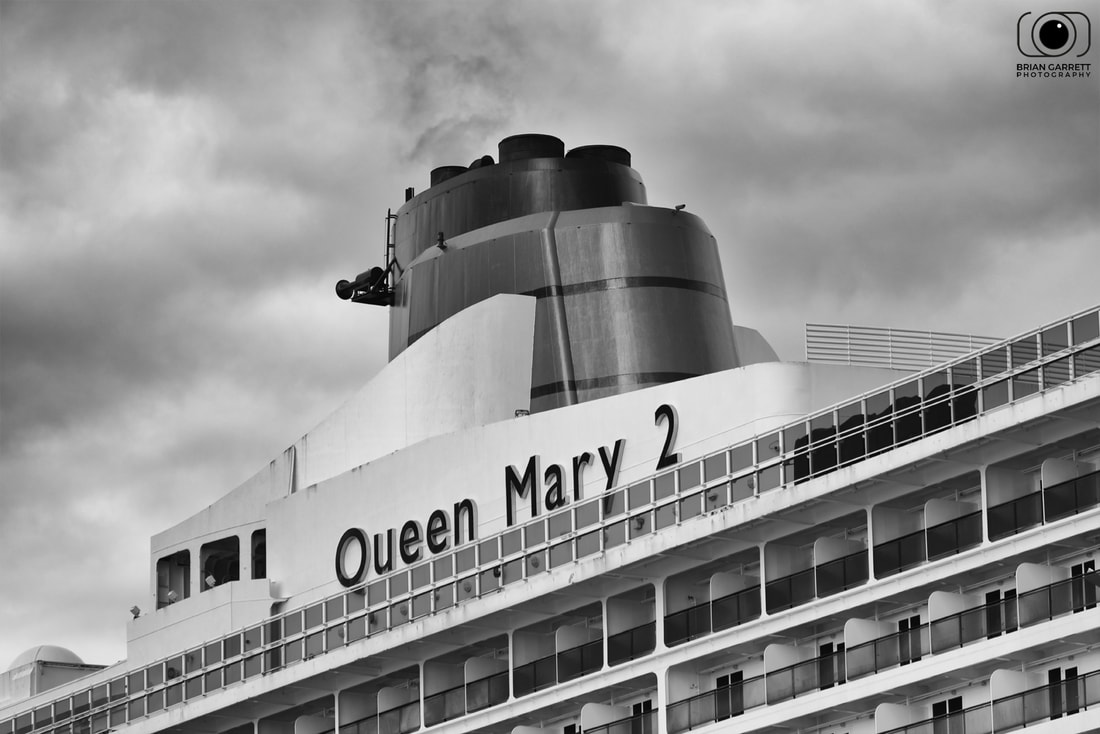 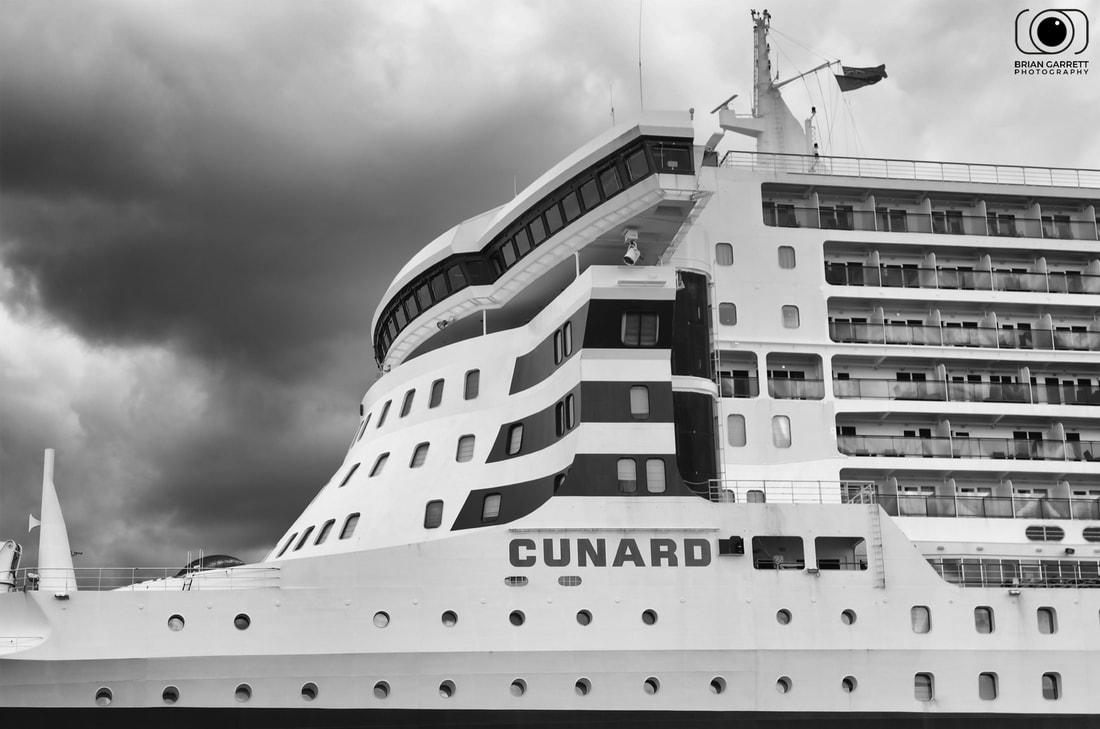 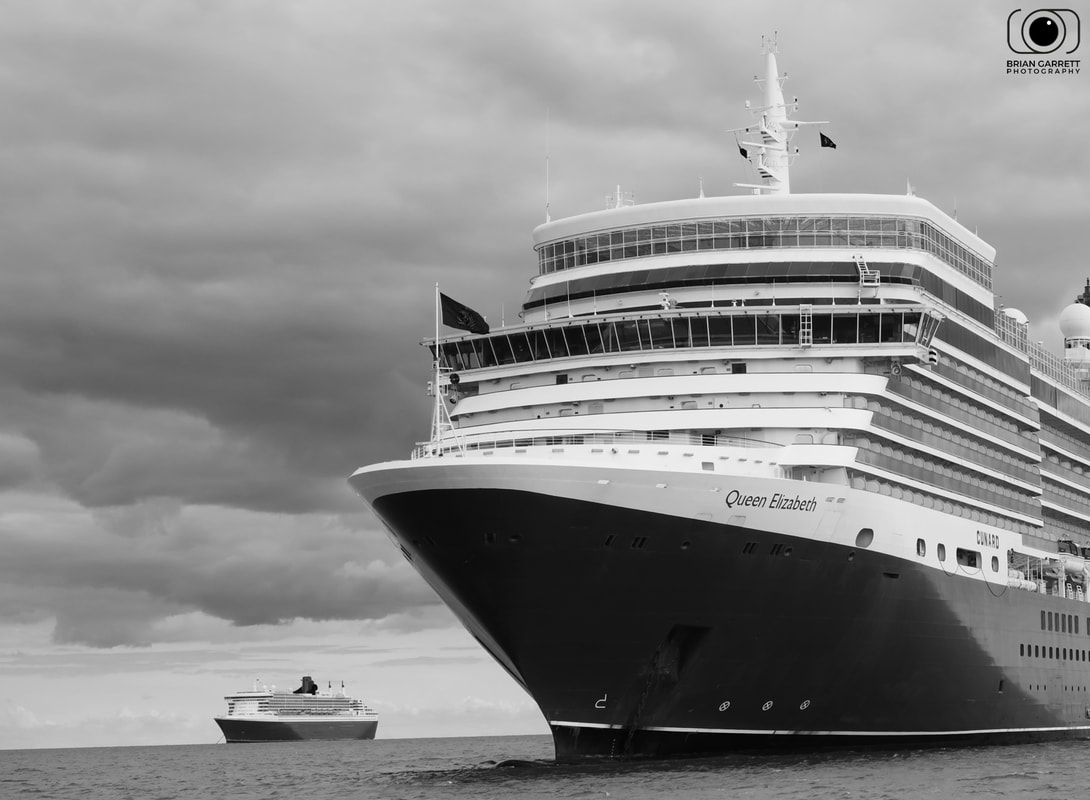 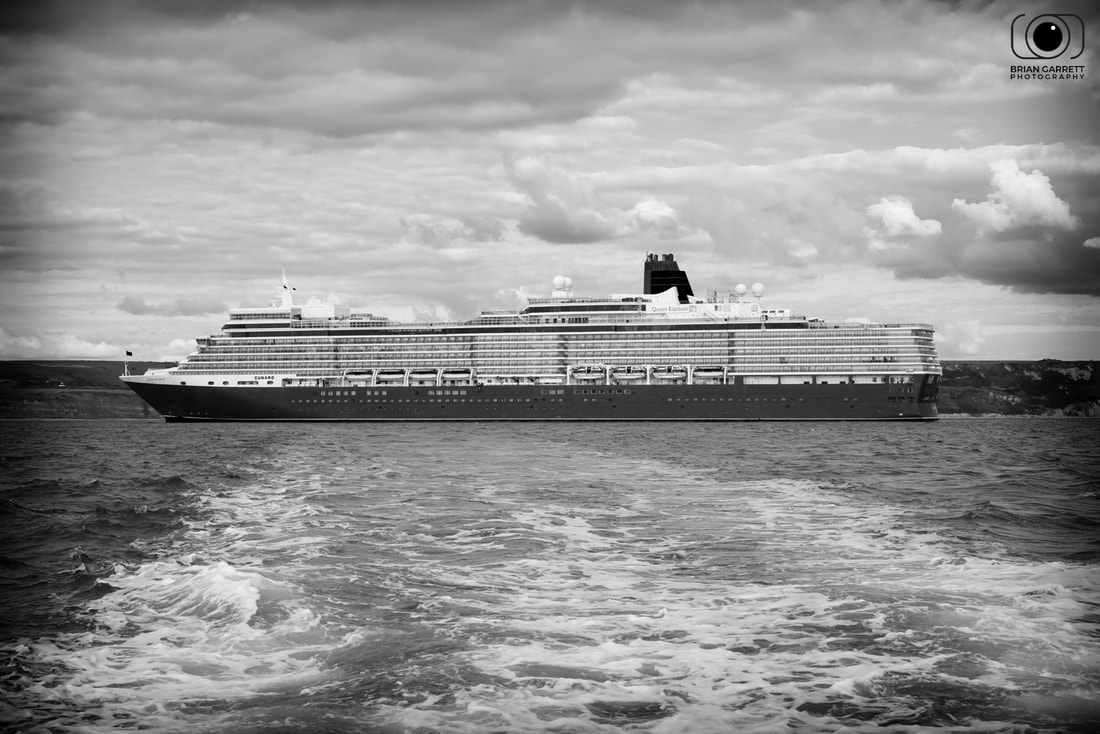 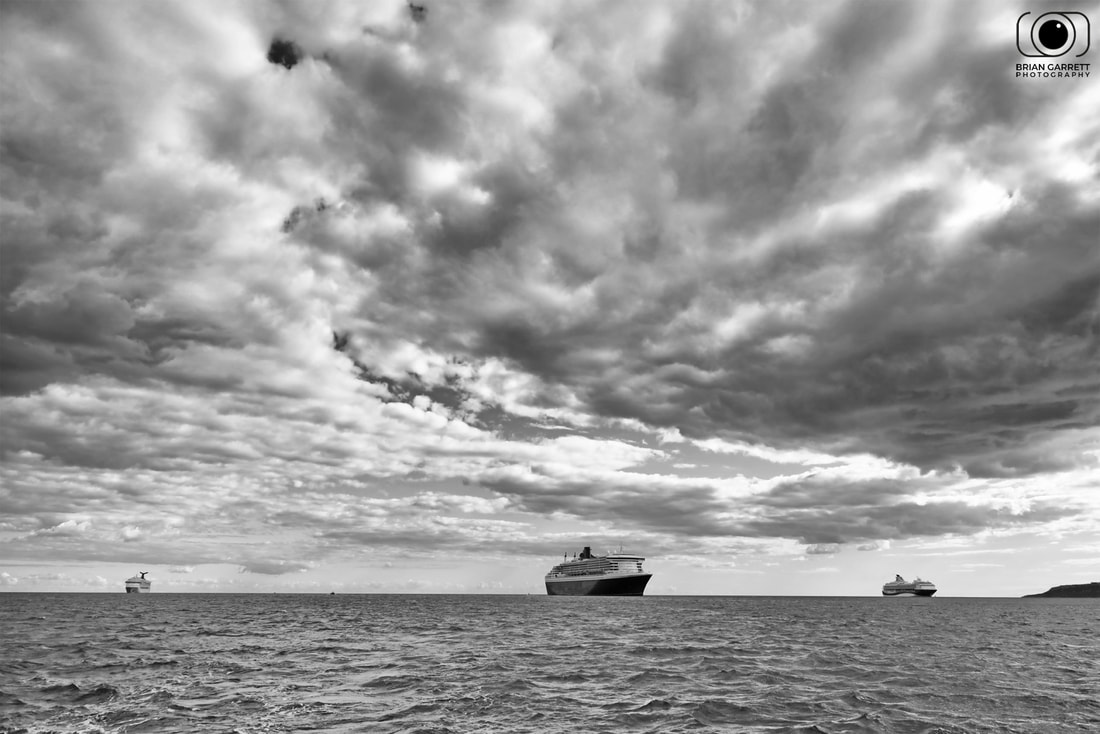 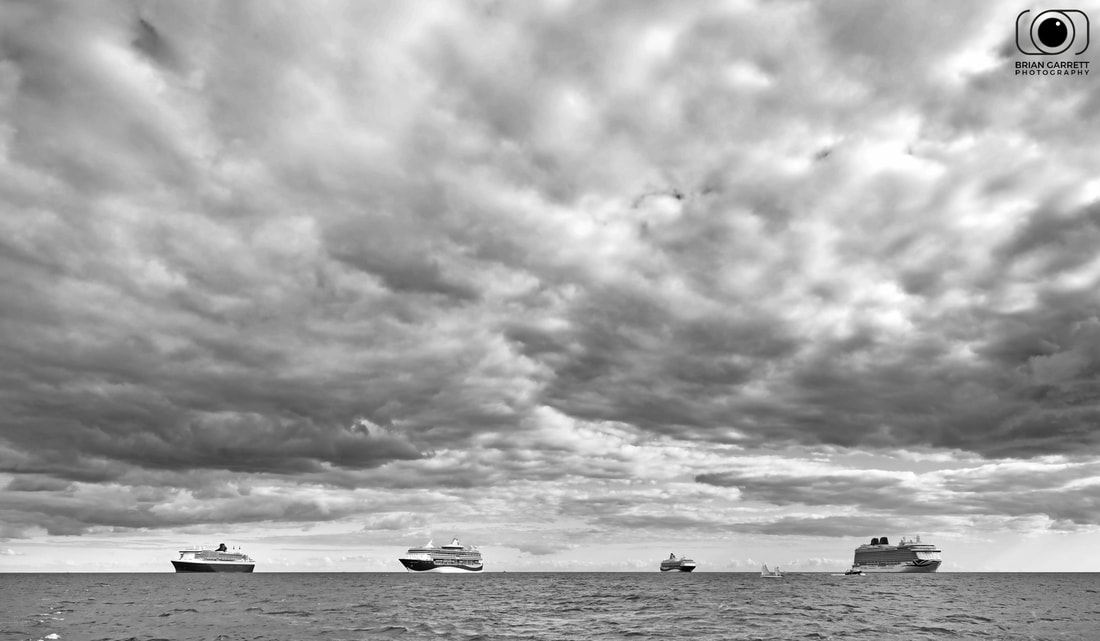