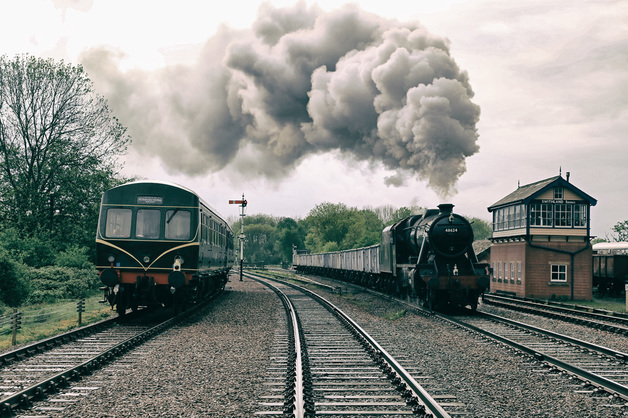 Wednesday 18th May was my first visit to the Great Central Railway taking part in a photographic charter, and the first day of a three day trip around the Midlands. The Great Centrals LMS 8F No.48624 had been provided a replacement for visiting 42XX 2-8-0 No.4247 which had been unable to operate. The charter was revised to start at 13:00, and luckily although the weather was dull, torrential rain had already passed through the east midlands by this time. Because of the dull weather I've taken more time with this gallery to try and recreate a selection of black and white/ period images which I hope reflect the views of the period when these heavy freight locomotives would of pounded the tracks with rakes of mineral wagons.
The images have also been edited with Google NIK software plugin for Photoshop, this provides a wealth of preset and adjustments which can be made, which make turning the clock back an easier process to manage. 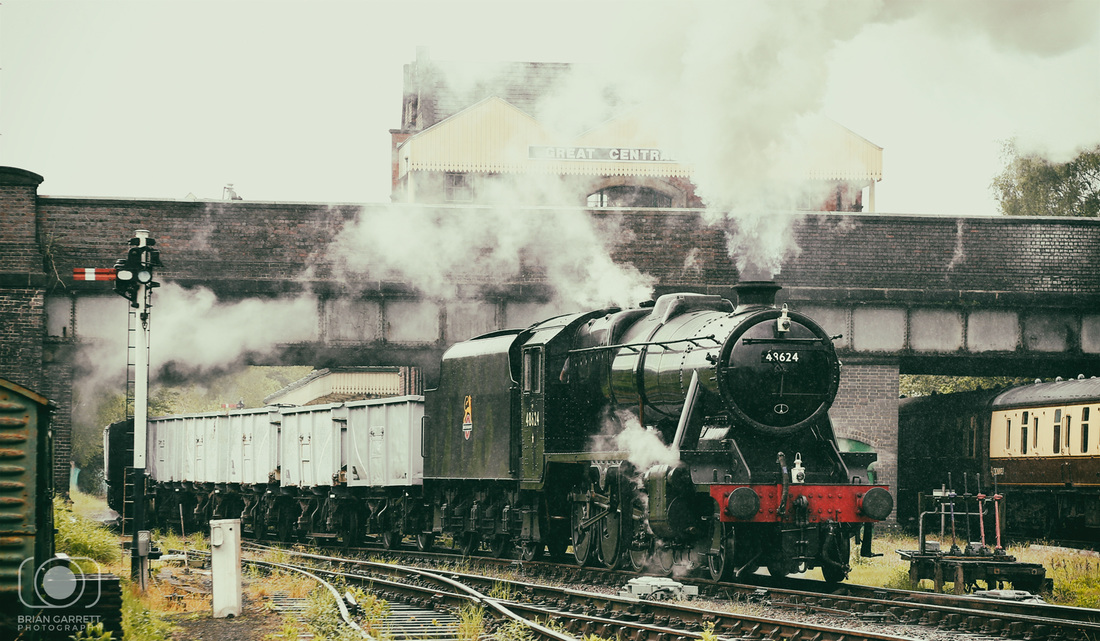 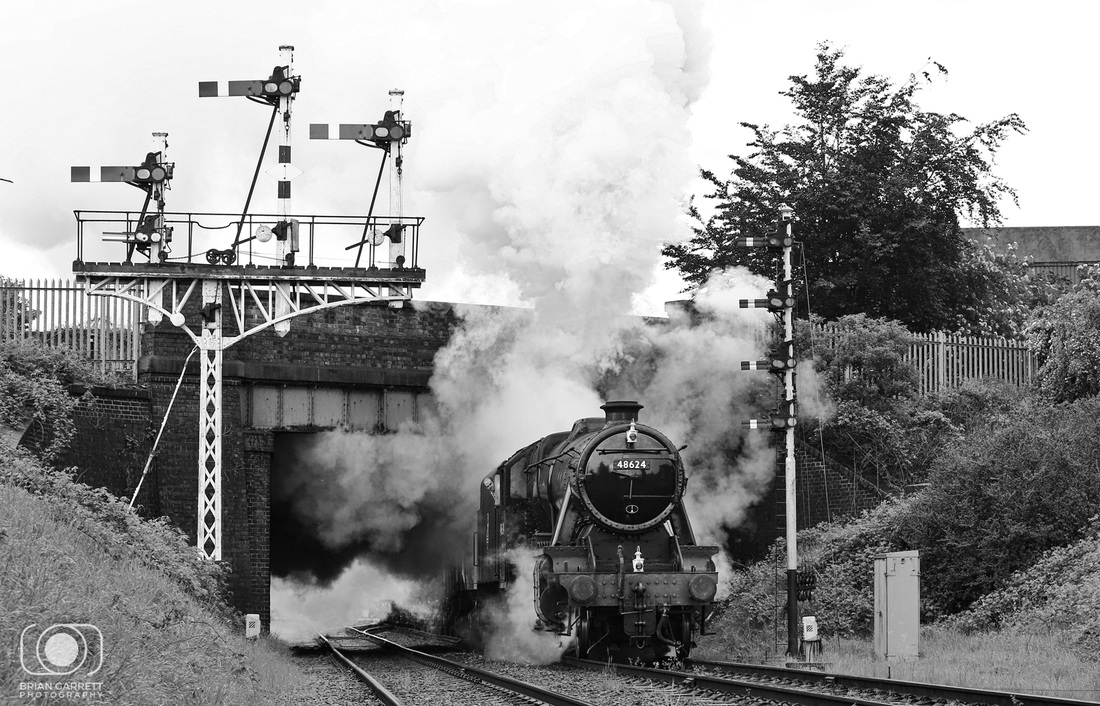 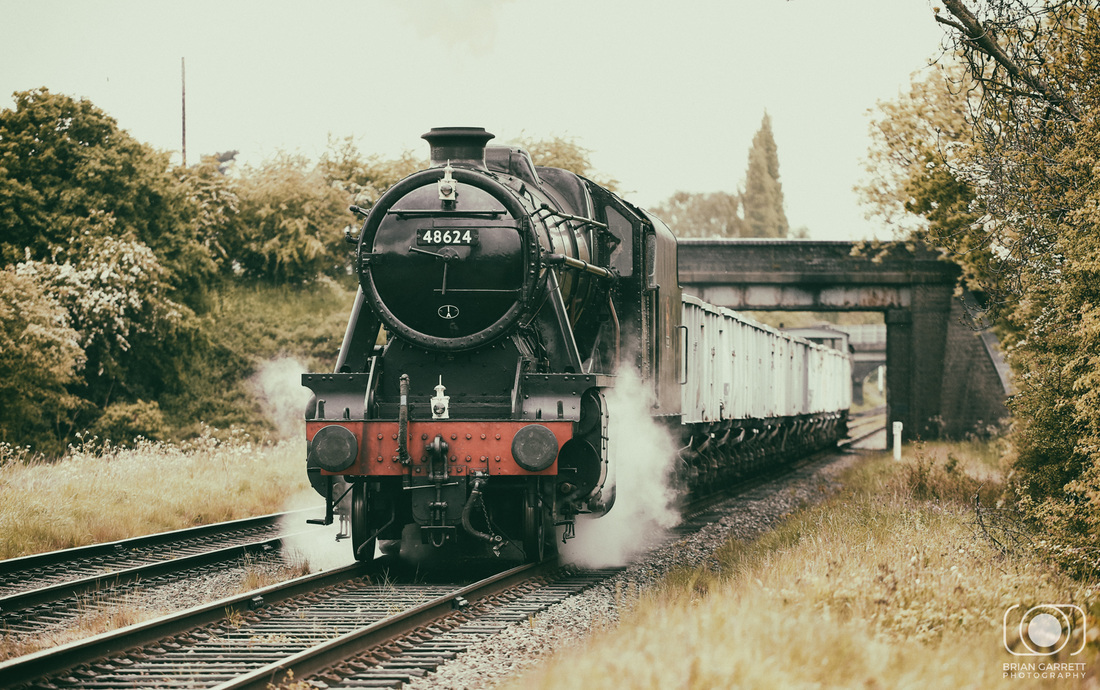 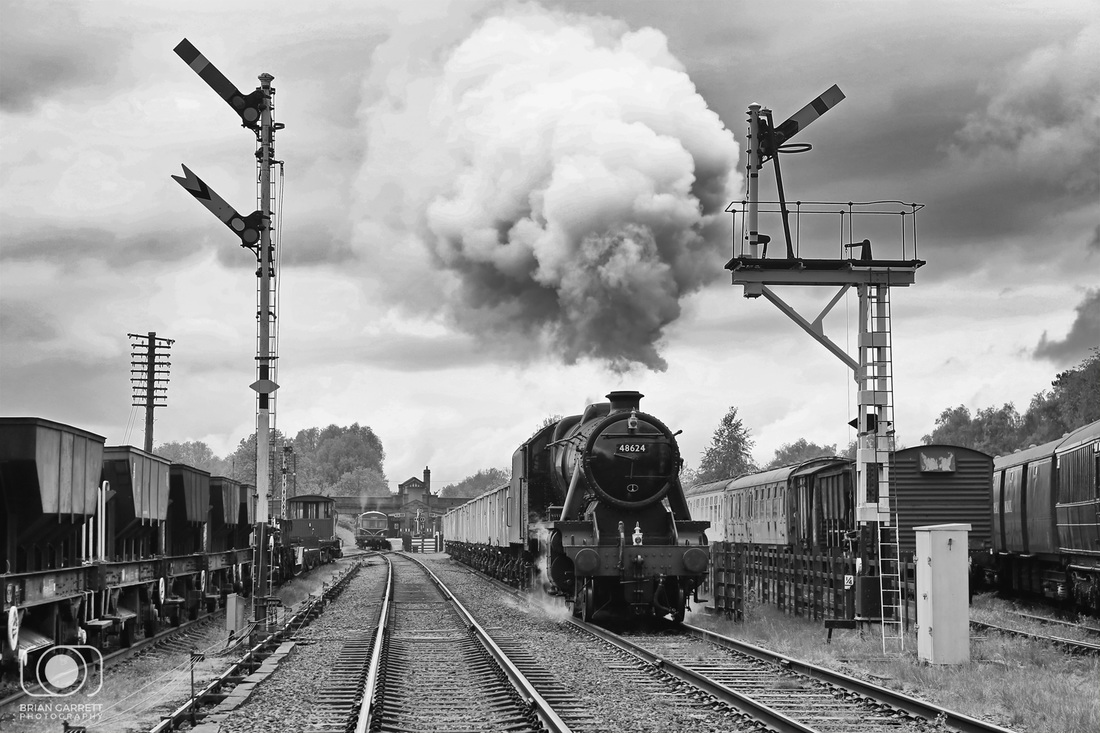 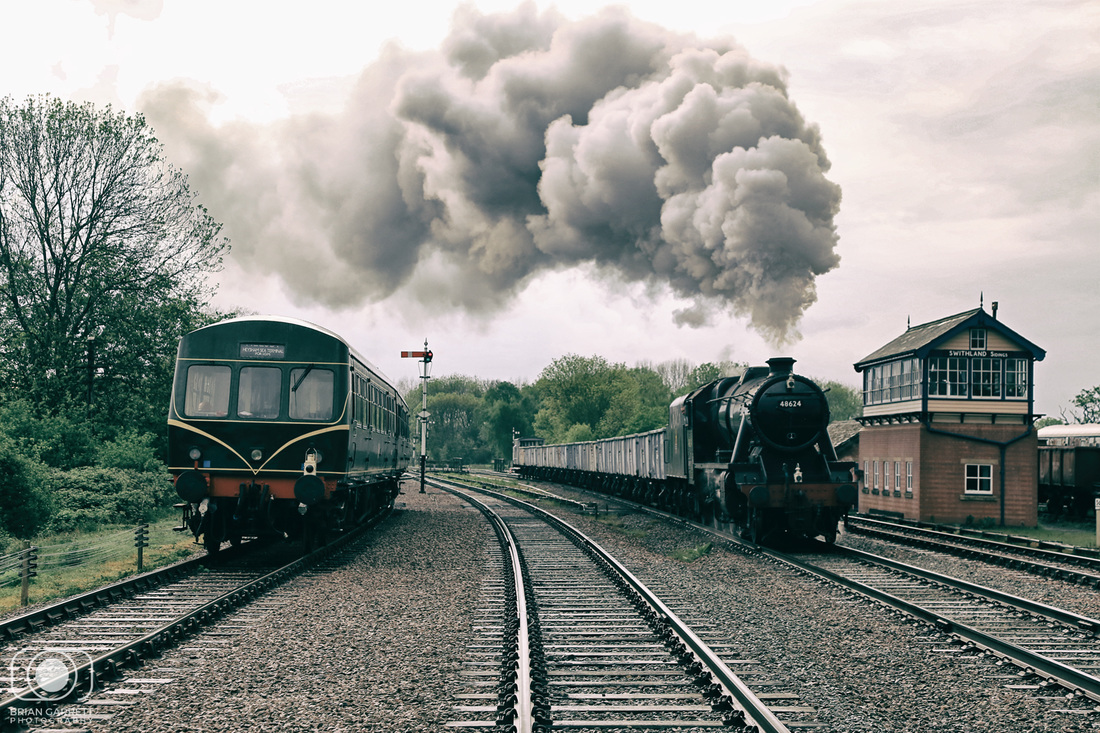 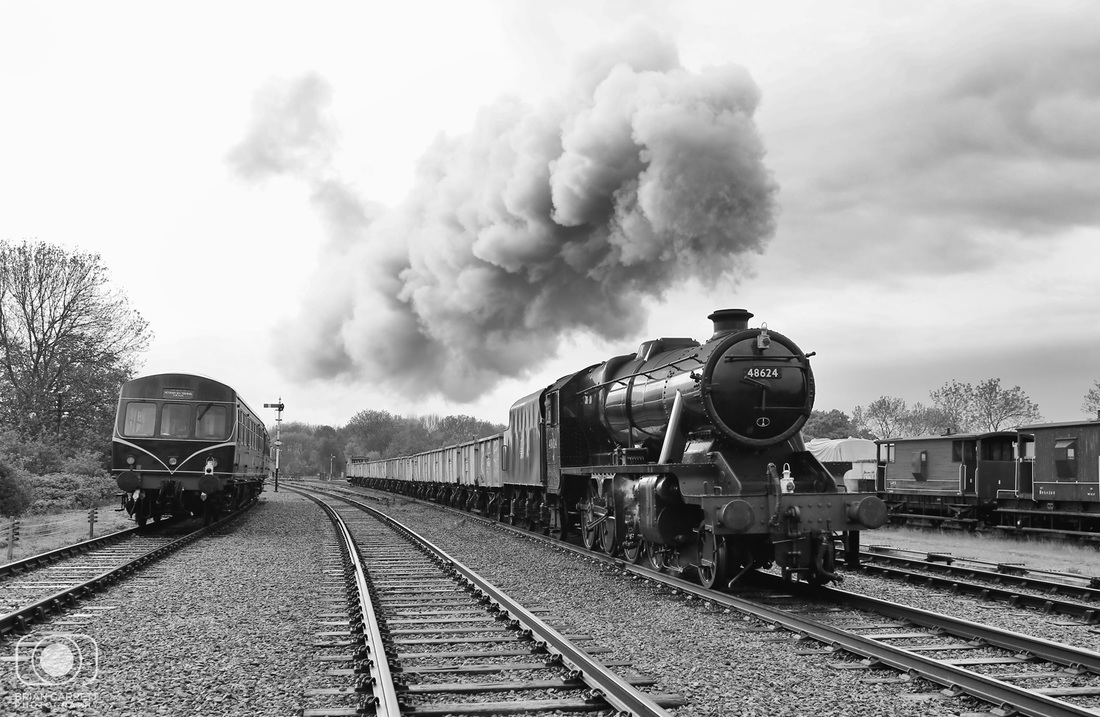 And then came the sun! After 6 hours of dull weather, rain, drizzle and general inclement weather conditions, the cloud-line began to break and the sun began to drop. Just as we were on the verge of giving up and returning to Loughborough Station, the call went out to move up the line, and call the train forward. It was the most frantic amount of photography and driving I'd ever witnessed, for every second that went by the sun was falling and the angle was changing. The efforts of the steam crew were amazing giving us run past after run past after run past, maneuvering their 100 tonnes beast back and forth was no mean feat, but it provided some of the best steam shots I've ever taken. 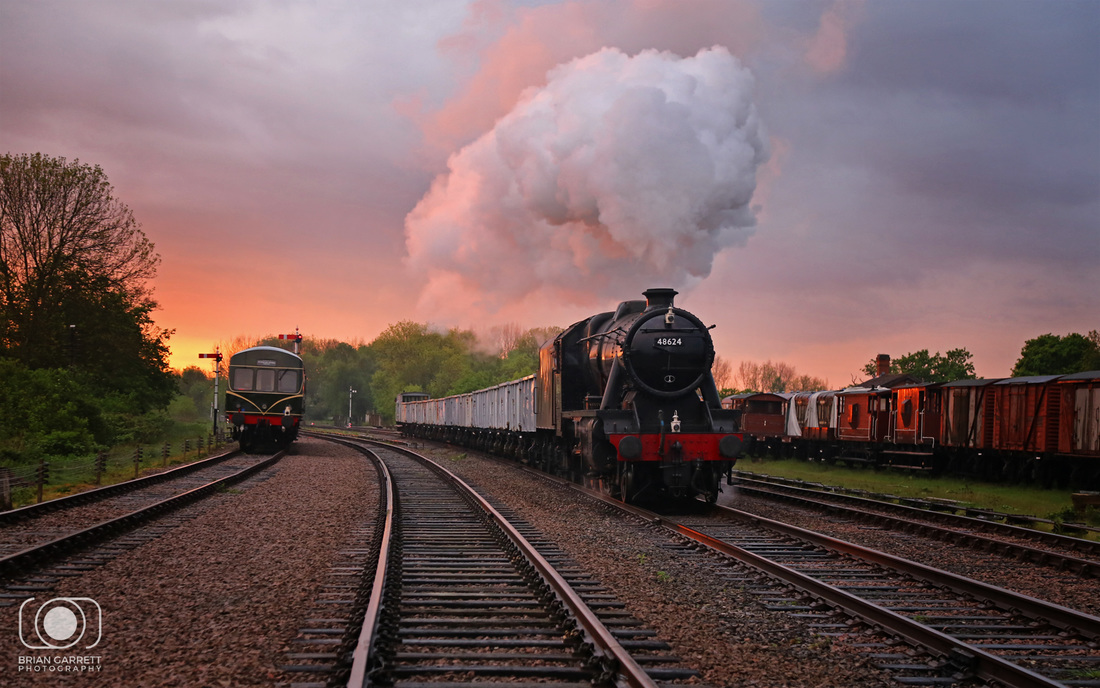 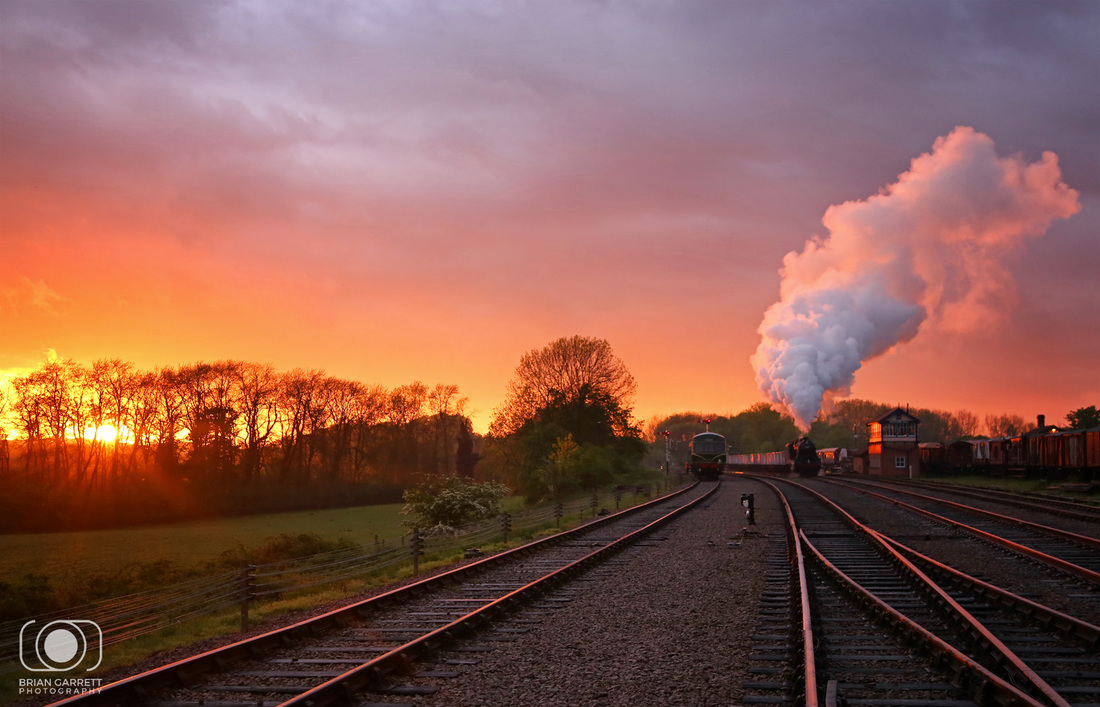 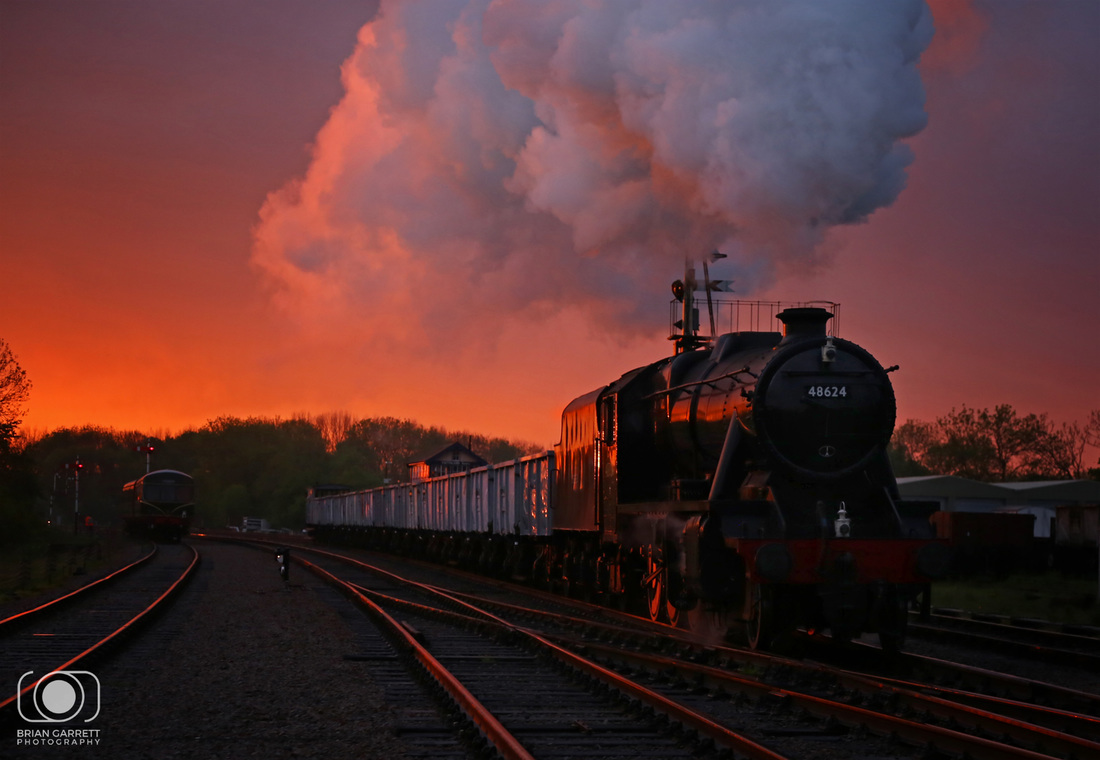 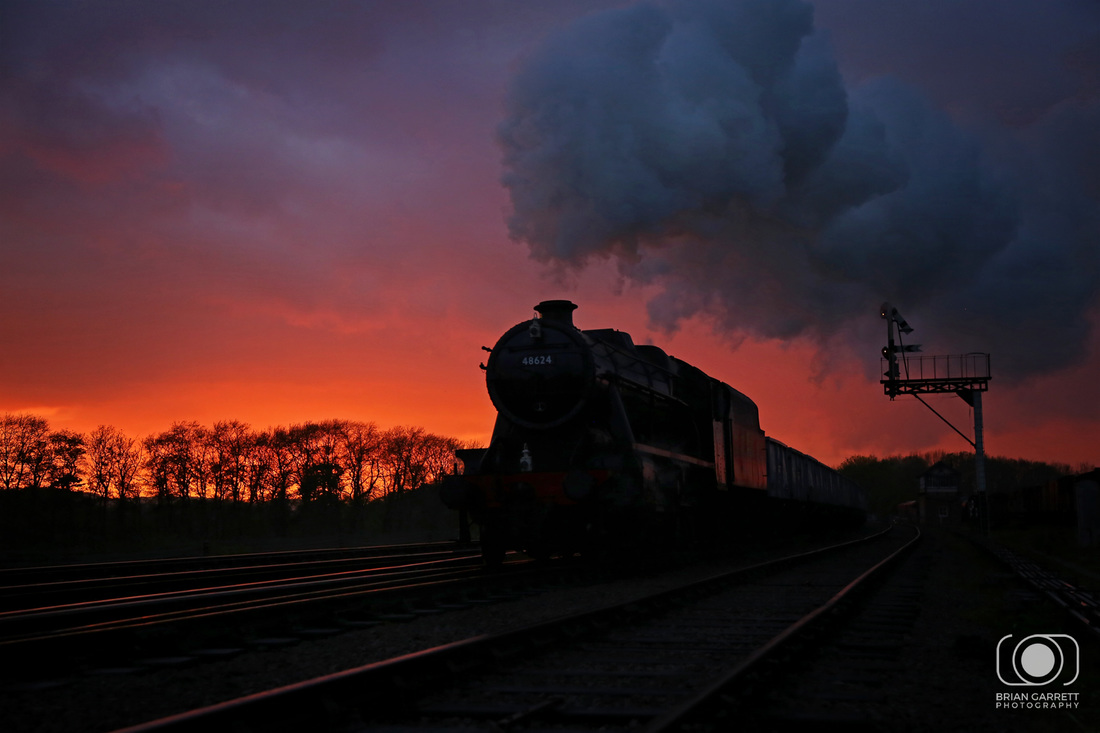