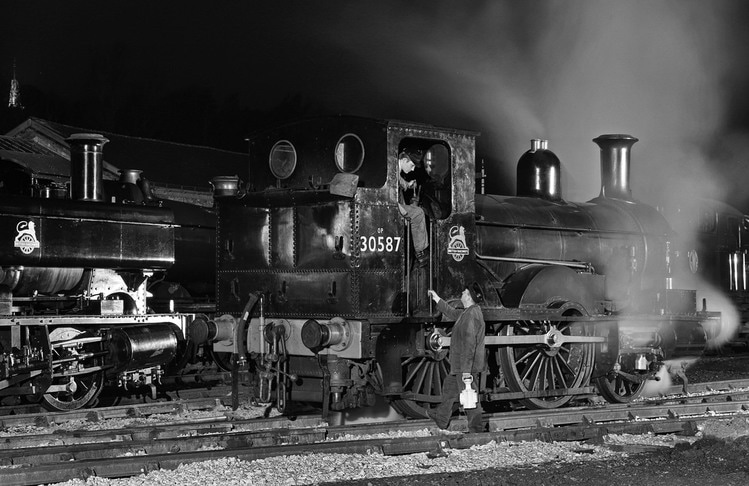 On the 17th February 2017 I joined Timeline Events for another enjoyable evening of night photography at Buckfastleigh. As with previous events the evening was divided up into two locations, one yard scene and one station scene where photographers were free to walk between the two locations and join different scenes as these pleased. The South Devon Railway also had visiting Beattie Well Tank No.30587 which complimented the shoot providing a second smaller tank alongside No.1369.
The station scene used BR Pannier Tank No.6412 with several coaches and actors to provide period station scenes. 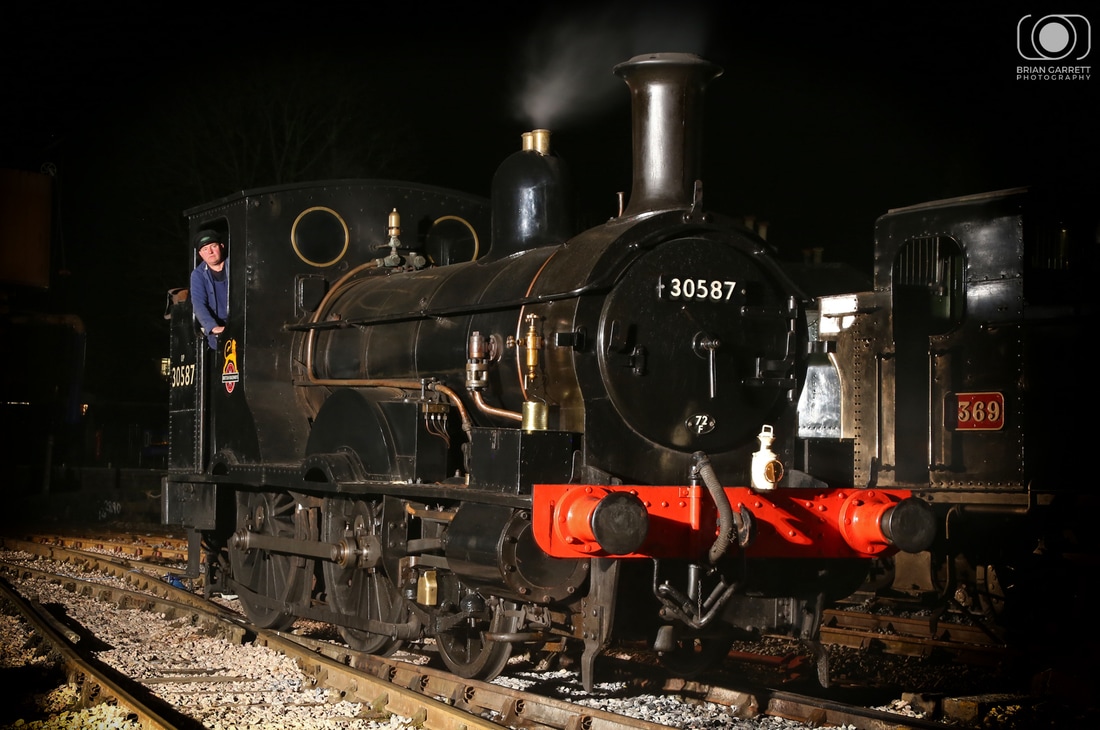 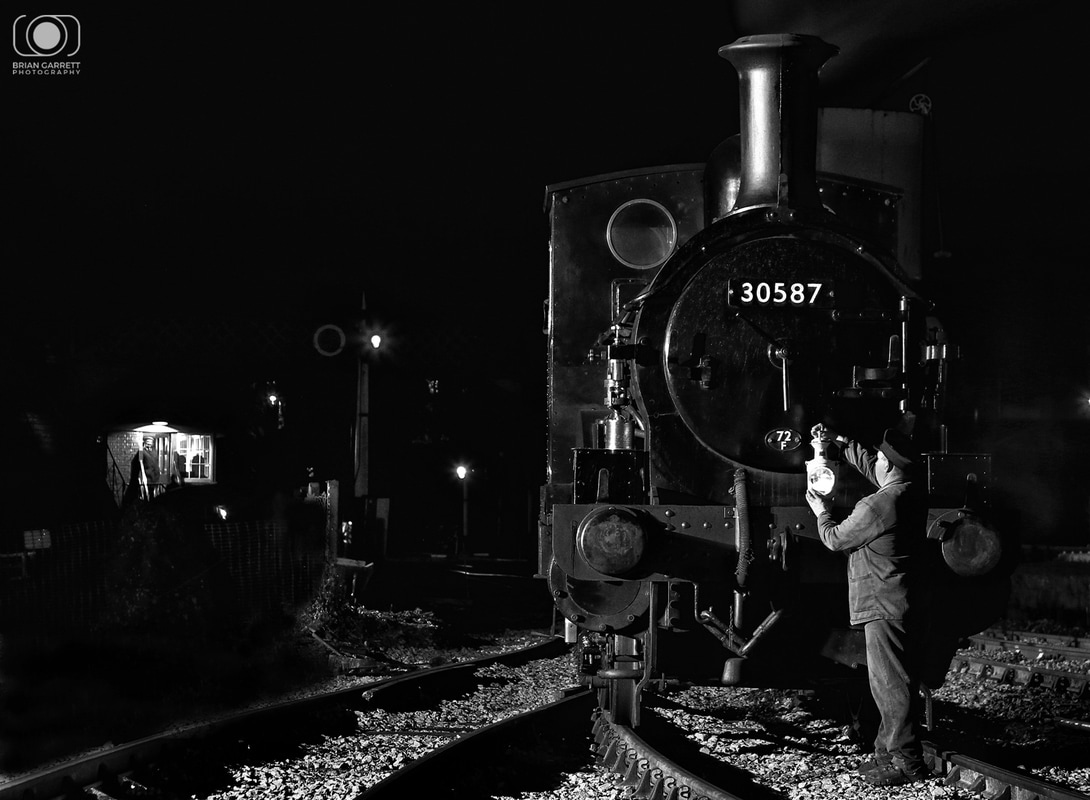 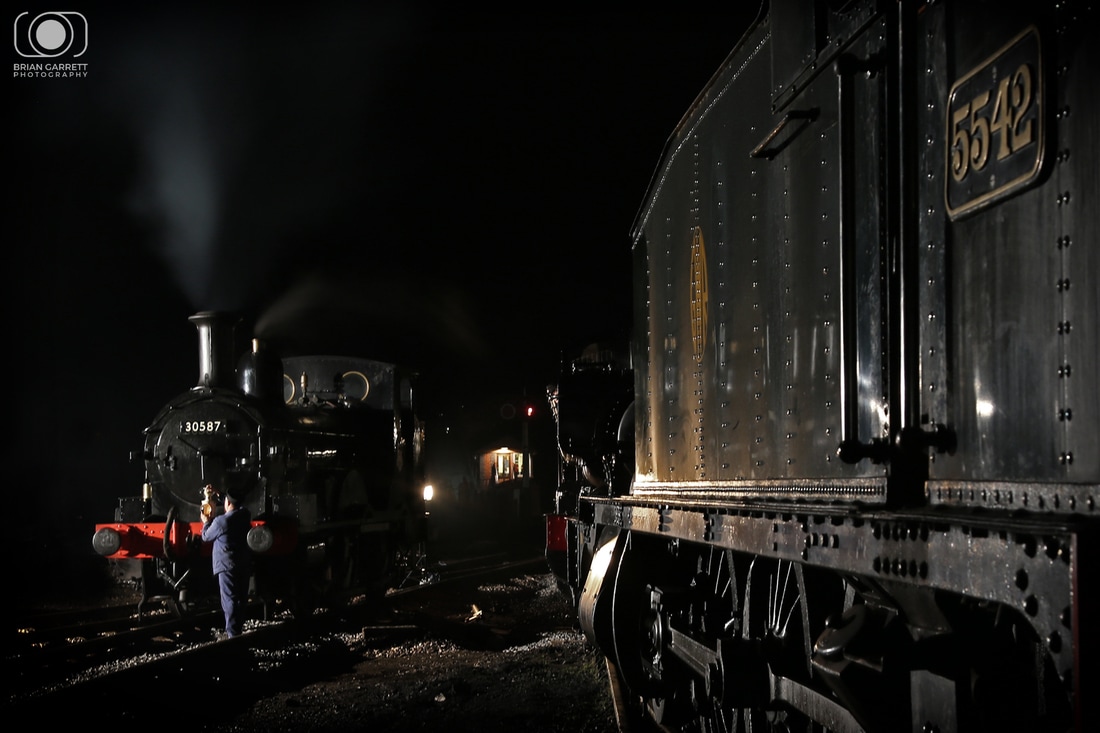 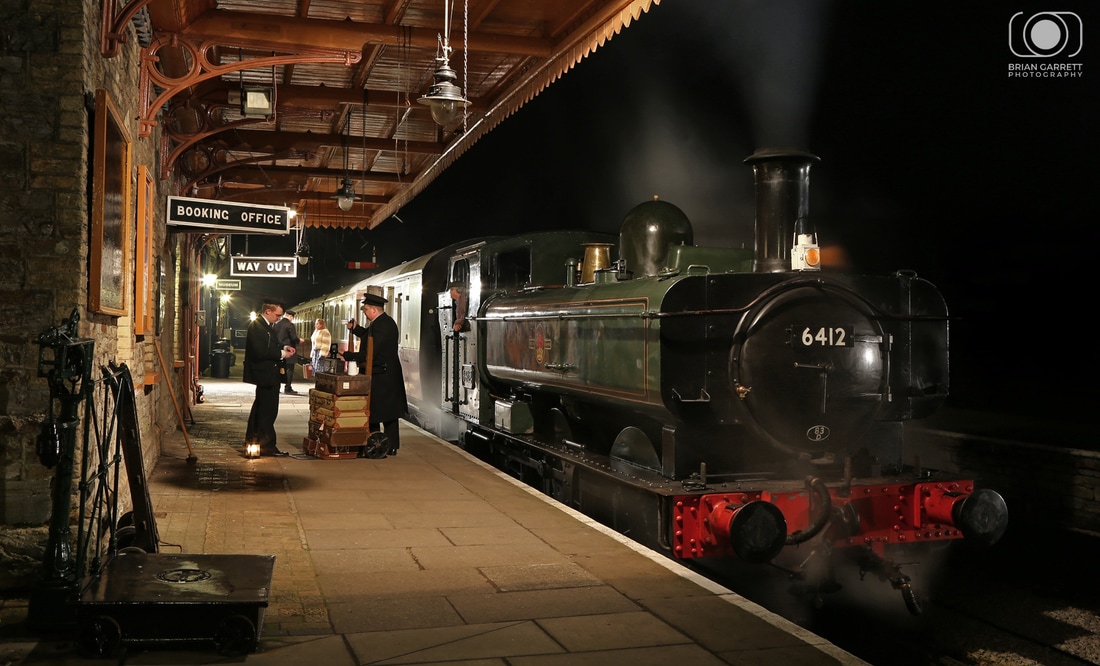 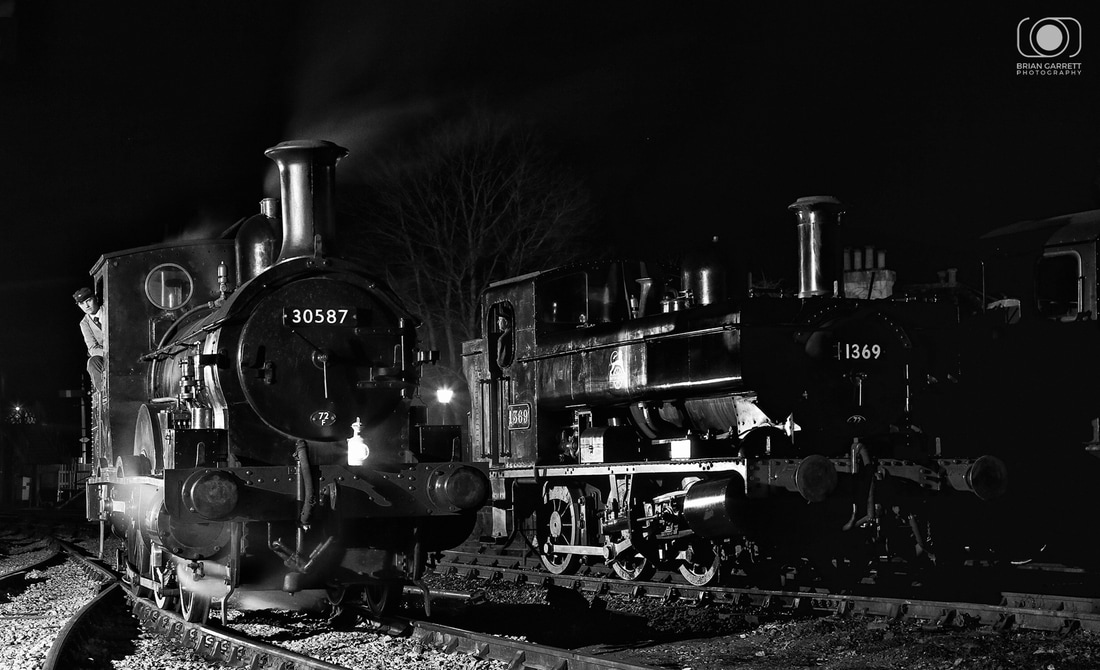 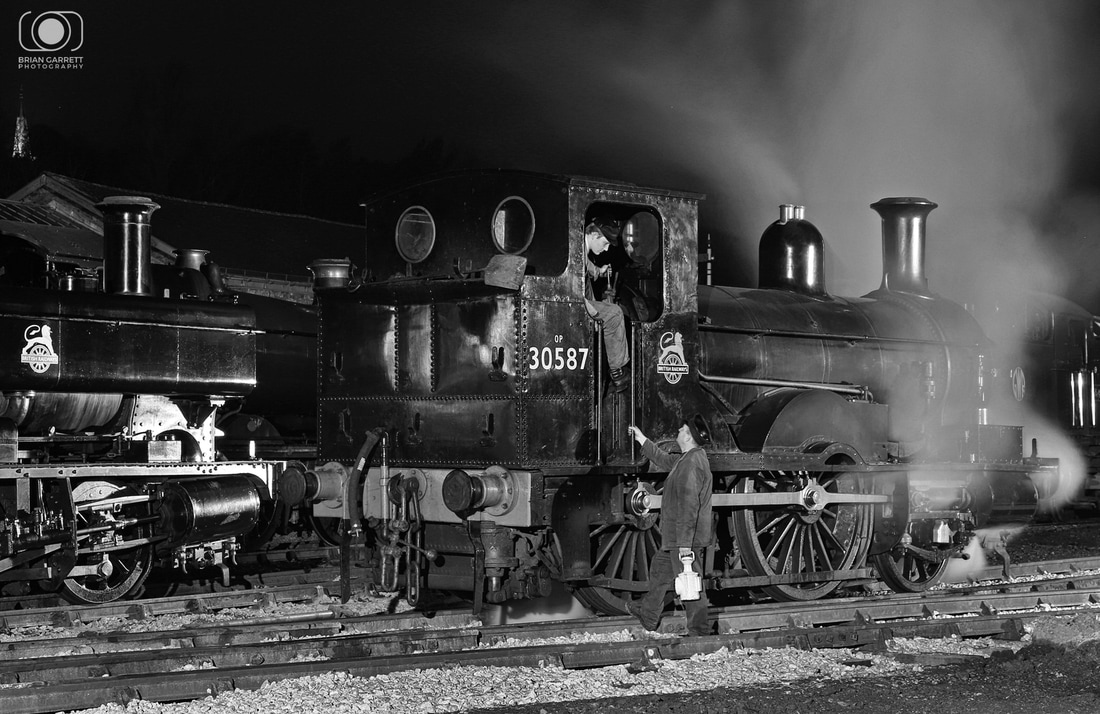