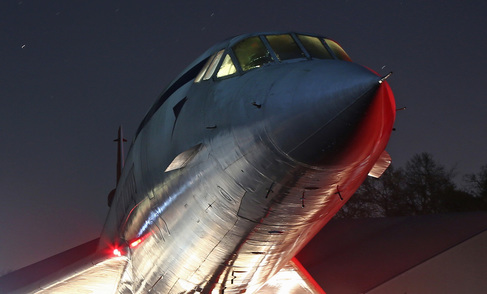 On the 30th November 2016 I joined a Timeline Events photographic evening at Brooklands Aircraft Museum (Surrey), where the opertunity to photograph the second of the two  production Concorde at night had been arranged. The event saw 40 or so photographers gather in freezing winter conditions to capture the iconic aircraft using positioned lighting and smoke machines to go some way to recreate scenes from the past.

There were  two production test aircraft (201 and 202). Delta Golf was the fastest production Concorde and in 1974 she became the first aircraft ever to carry 100 people at twice the speed of sound. After her final landing at Filton in December 1981. The aircraft was kept serviceable at Filton throughout early 1982 for any further development work or test flights that might be required. British Airways acquired the aircraft in 1984 and started using her as a major source of spare parts. To protect its investment and to keep her out of public view. 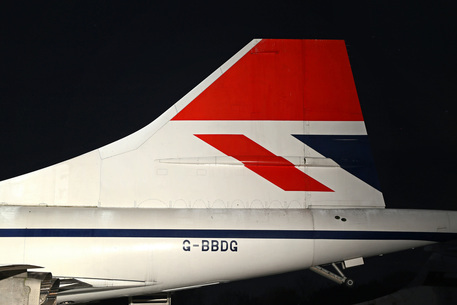 ​In 1995, Concorde G-BOAF's droop nose was damaged in a ground handling accident at Heathrow and BA decided to replace it with the droop nose on Delta Golf. The nose from 'Alpha Foxtrot' was then stored (but was later repaired at Brooklands Museum and fitted to Delta Golf in 2005).
In 2002, long after Delta Golf's flying days were over, the airframe was used to test fit and certify new strengthened cockpit doors required by the authorities after September 11th 2001.
G-BBDG now lives at the Brooklands Museum and is availible to visit during normal opening hours, as well as hiring for weddings, and other events.  https://www.brooklandsmuseum.com/concorde.

The evening event was a great sucsess and unqiue that this is probably one of the only Concorde's in the UK to be able to be photographed in this way. The others either being housed in tight buildings, or out of bounds to the general public. Below are a selection of images from the night. 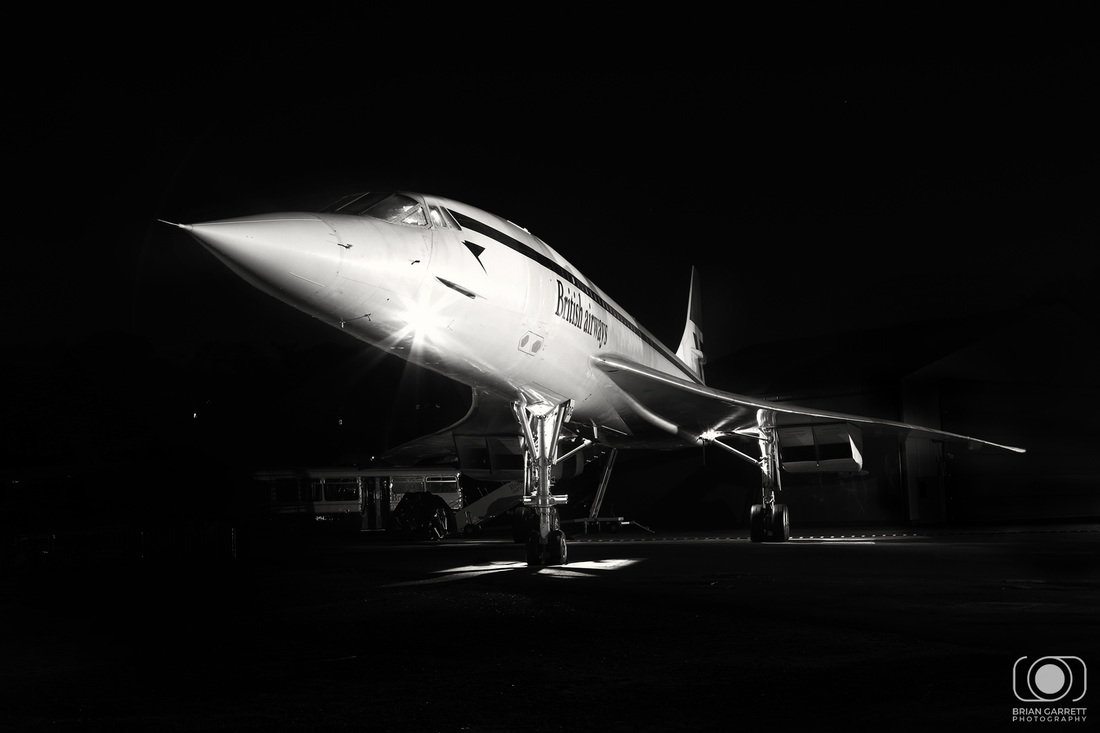 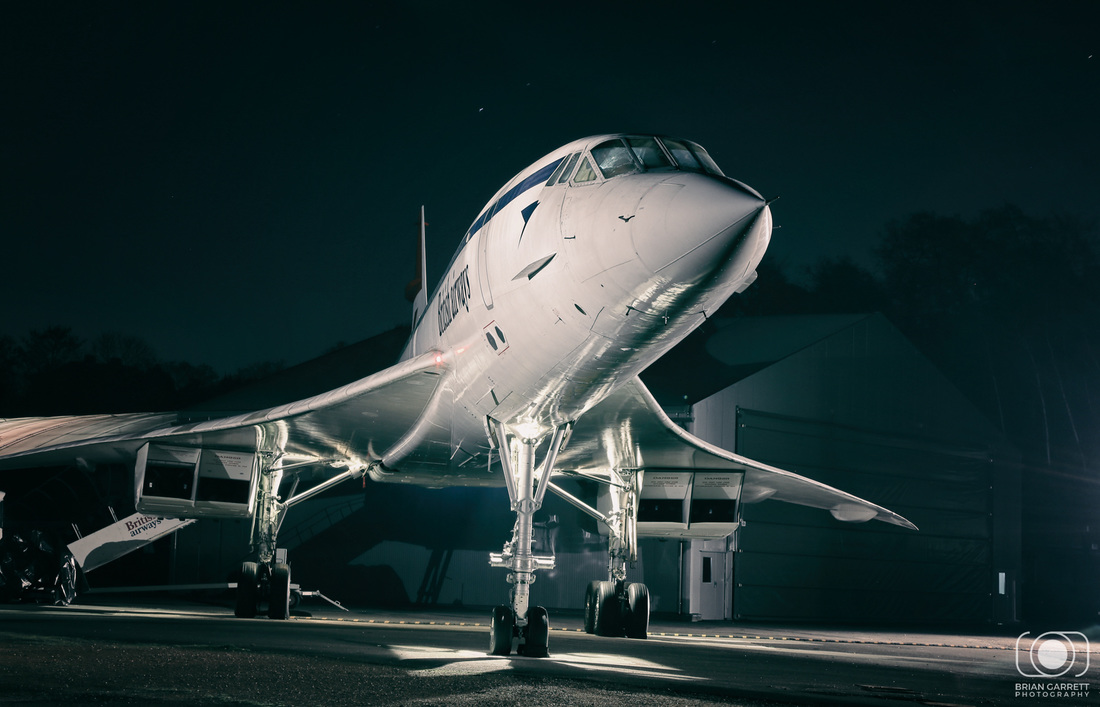 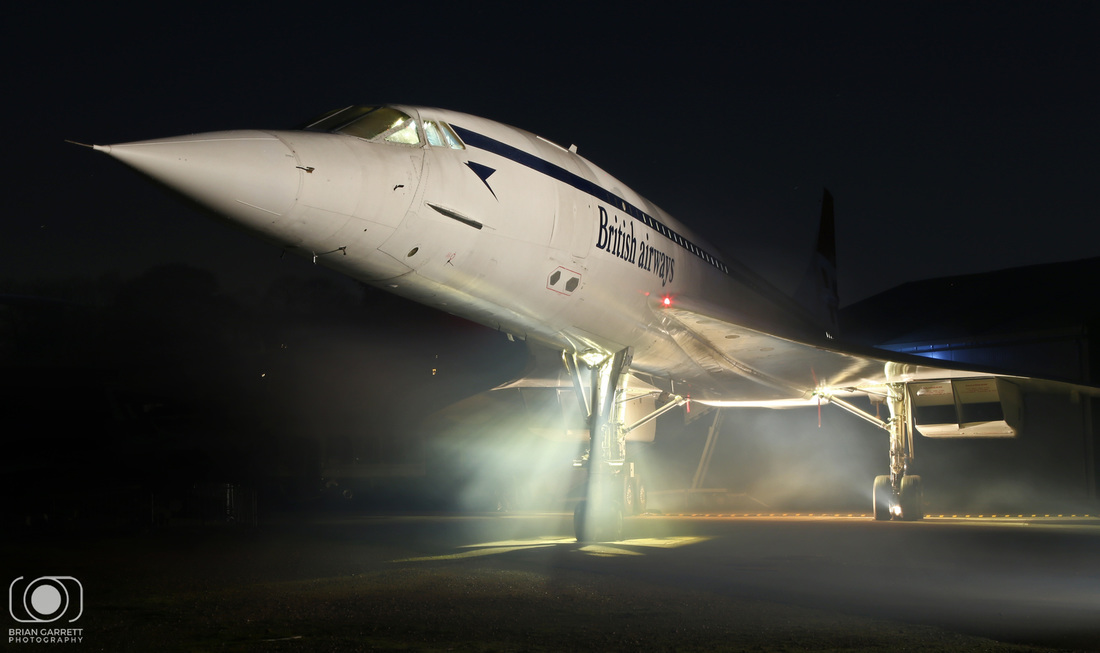 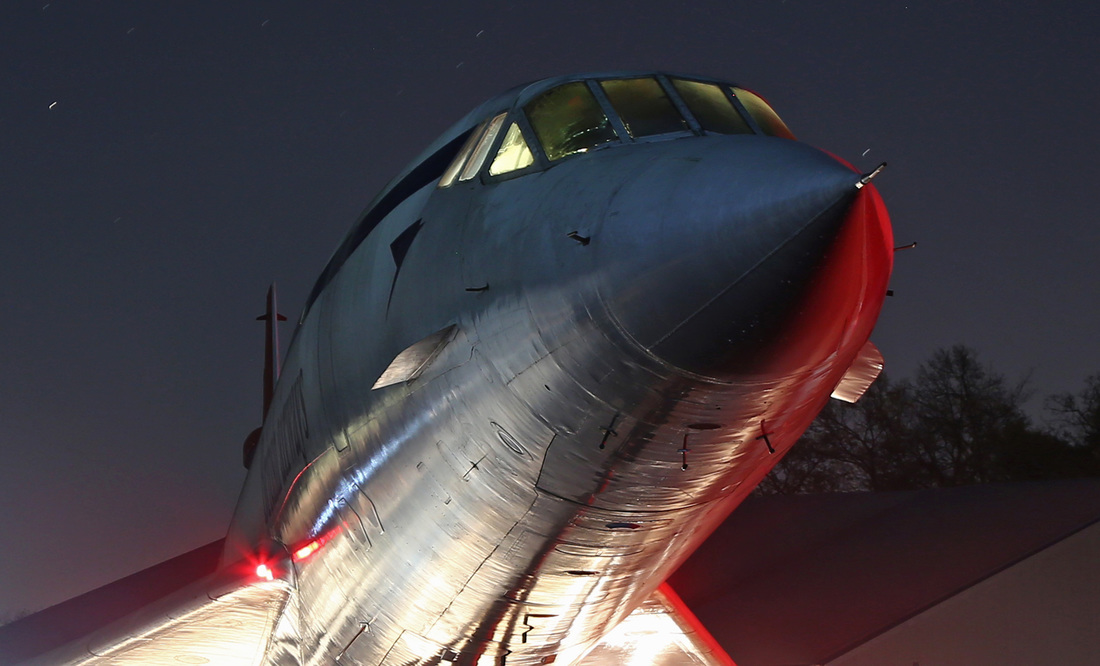