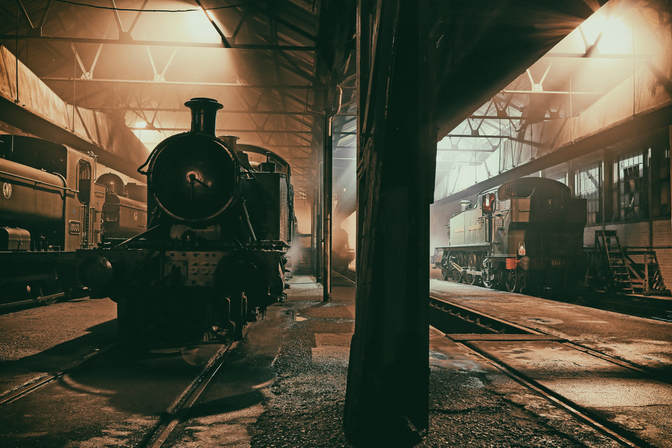 Saturday 12th November 2017 was an event I'd been waiting to attend for some time. A night shoot at Didcot Railway Centre organised by Timeline Events. Didcot houses a large selection of Great Western steam locomotives from small tank engines right up to mainline express locomotives. Our evening was mainly based inside the large shed complex which provided plenty of atmosphere, but we were also able to record some of the scenes outside using natural lighting.
Timeline Events provided the lighting and smoke machines, and actors to set the scene. It was an excellent evenings photography coupled with a wonderful hot meal provided by the on site cafe who specially opened up to cook for the 30 - 40 photographers who attended.  Below are a selection of images taken at the Didcot event which were then processed in Photoshop and Google NIK. 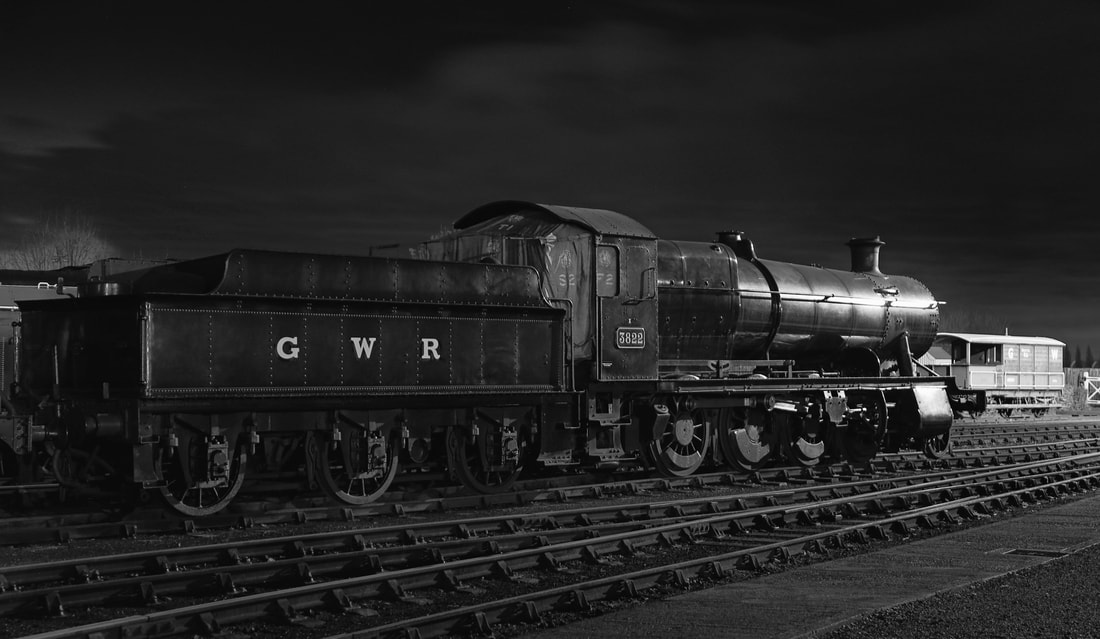 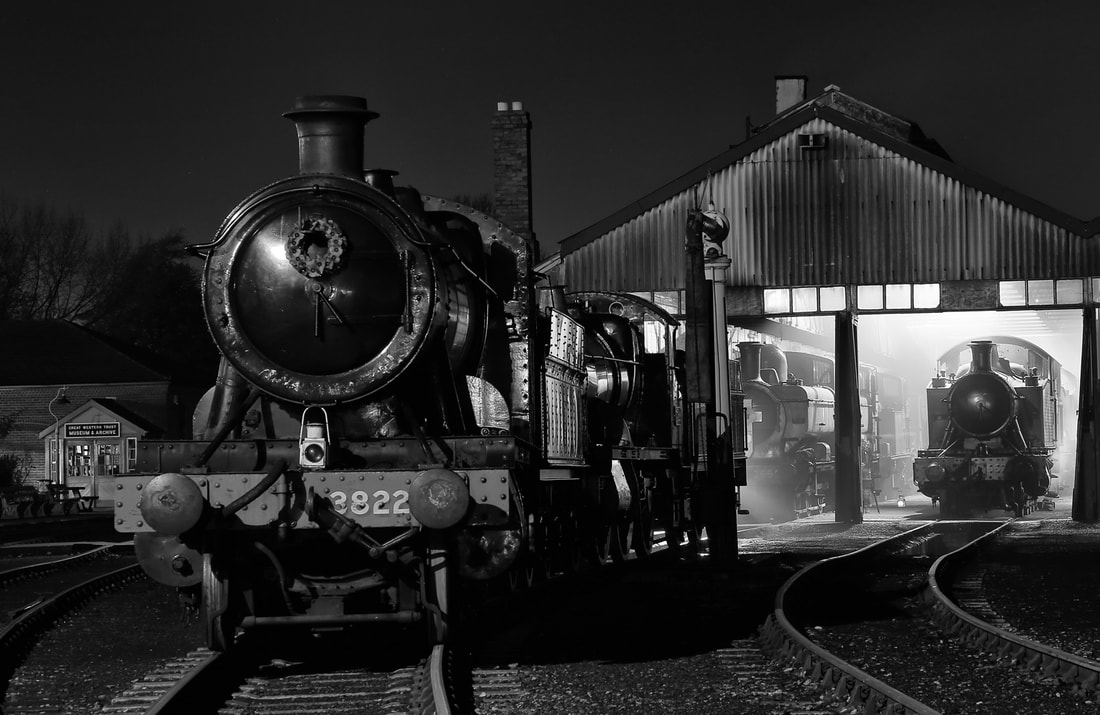 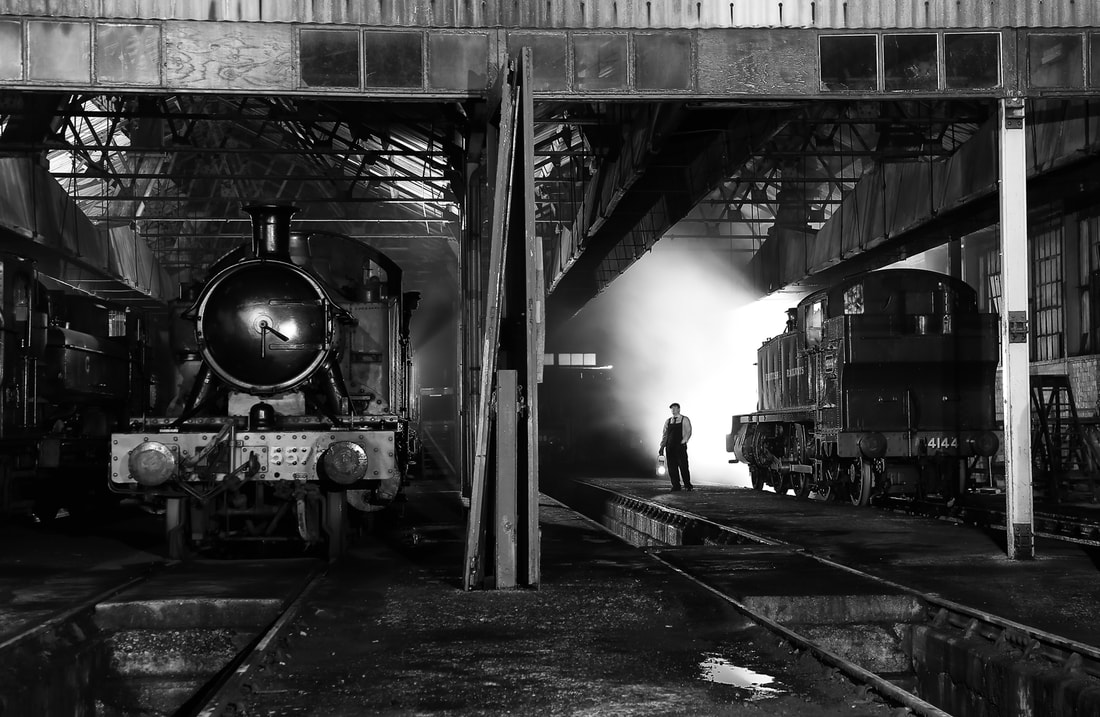 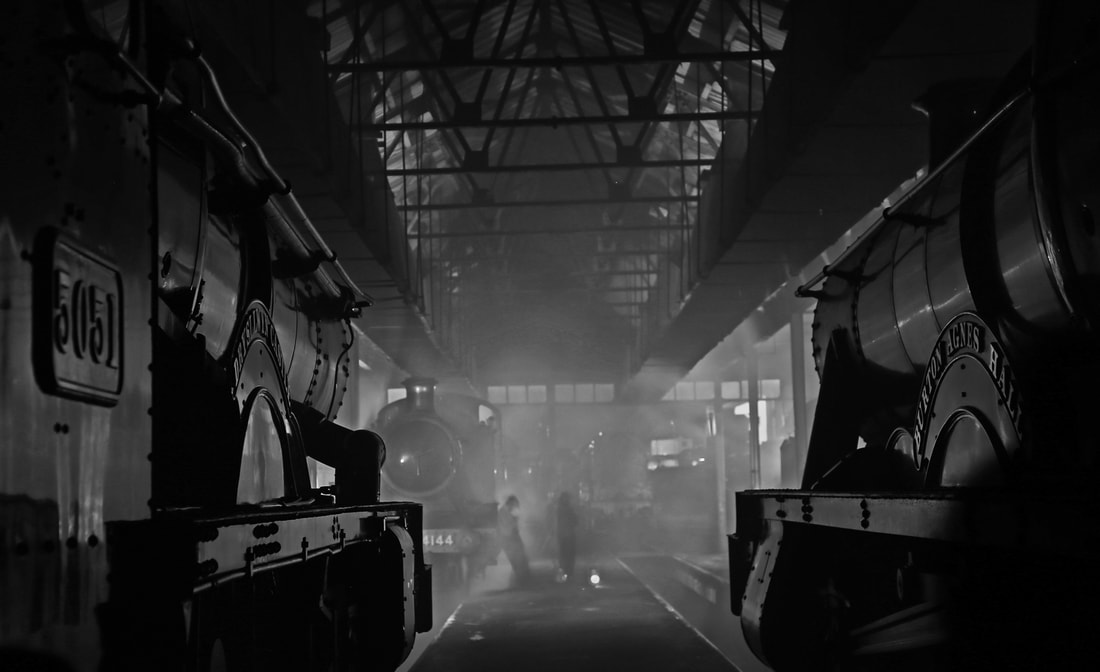 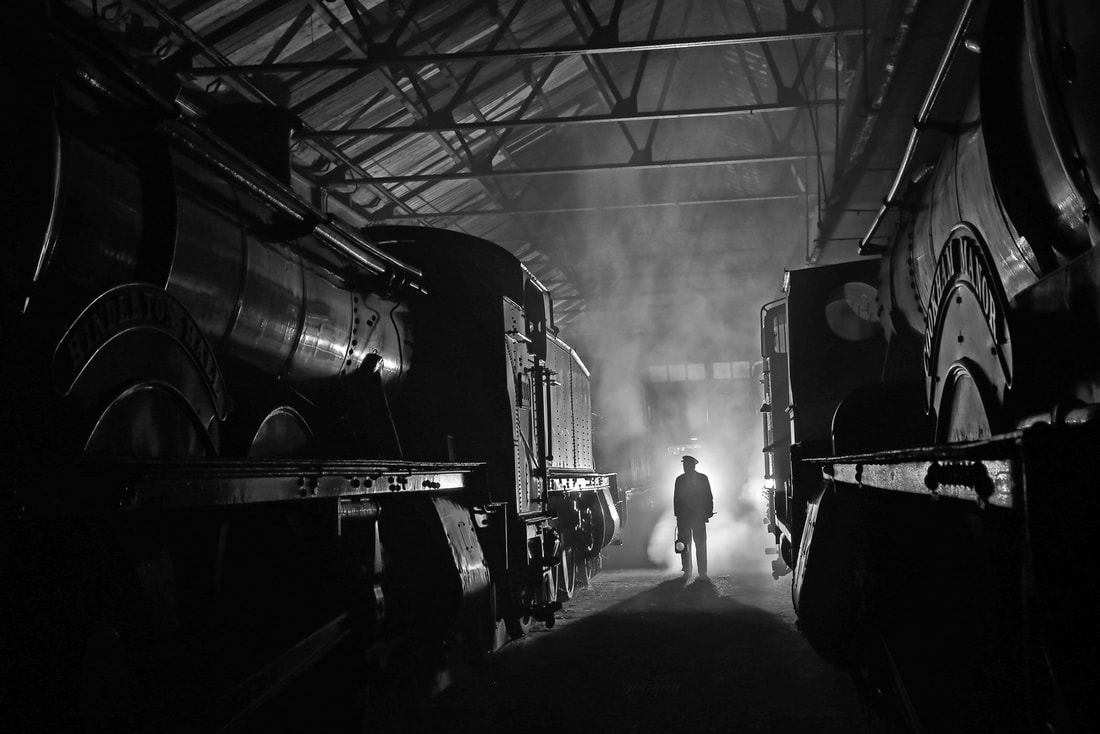 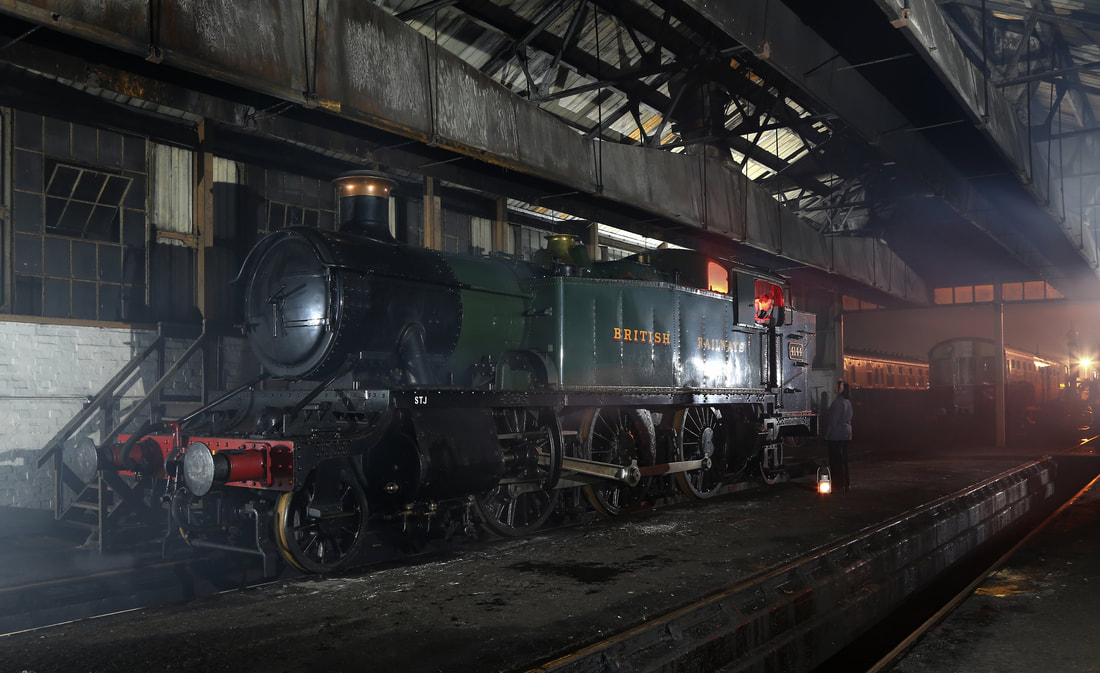 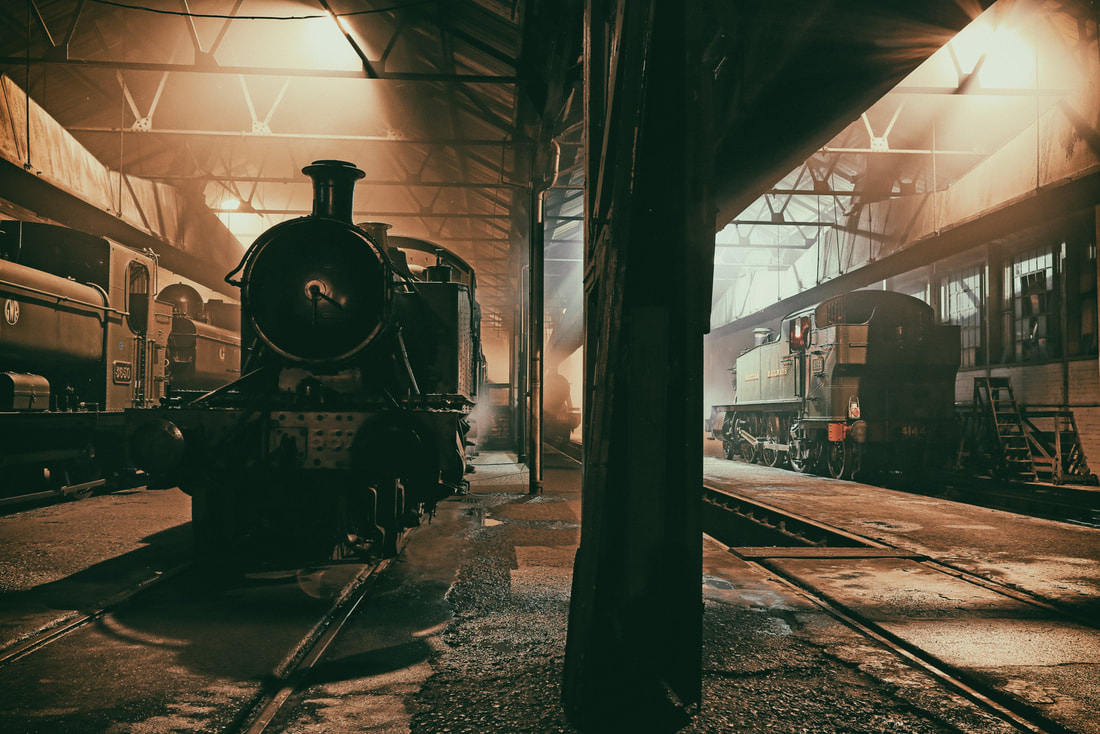