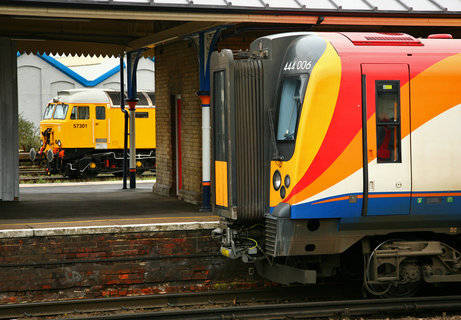 Eastliegh is located to the east of Southampton and plays a major part to rail operations in the south of England. Eastleigh Works provides a sub contract maintenance/ overhaul/ storage facility for any rail operator via Arlington Fleet Services. Eastleigh Yard is used by Network Rail as a major ballast processing and loading facility and also provides a large engineers base for rail based operations in the south of the UK.
The station also provides crew facilities for GBRf, DB Schenker and Freightliner. Most Freightliner services stop at Eastleigh in each direction for crew changes. Couple these heavy freight operations to the regular services operated by South West Trains, Eastleigh is an exceptionally busy rail centre which is currently experiencing a huge number of trains operating through the small town each day.  Unfortunately we are not able to order some nice sunny Autumn weather for the visit, as despite a good forecast, the wet day took longer to blow through than expected. Below is a selection of images taken during a visit on the 26th October 2012. 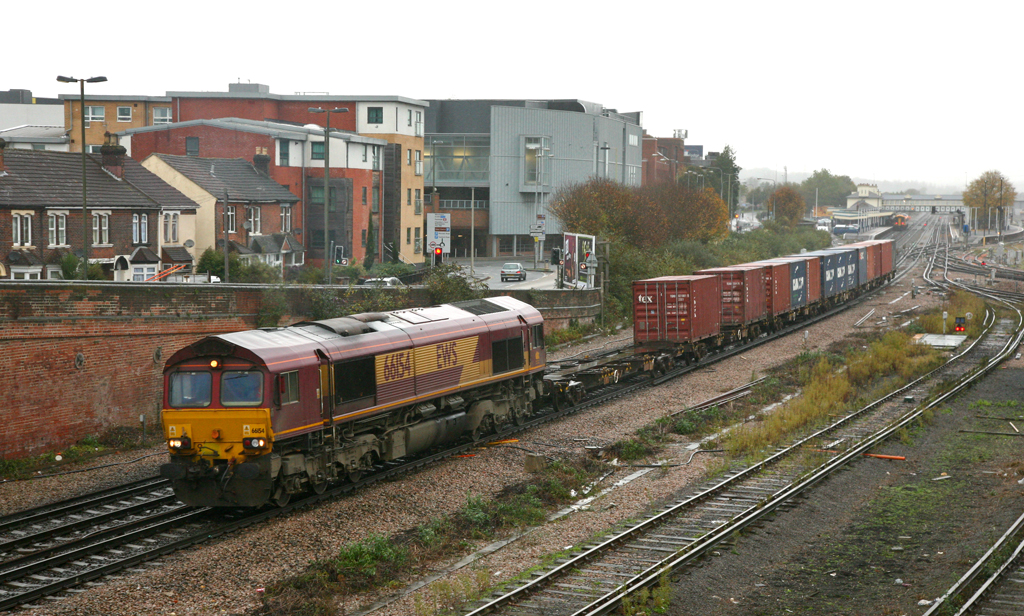 EWS liveried Class 66 No.66154 departs Eastleigh Yard with a short MOD Container Train heading for Marchwood.
Exiting from Eastleigh Depot, EWS Class 60 No.60049 leads 60024 up to Eastleigh Yard. 60024 was to be returned to Toton as part of the Class 60 overhaul program, while 60049 will become the new Eastleigh 'Super Shunter'. 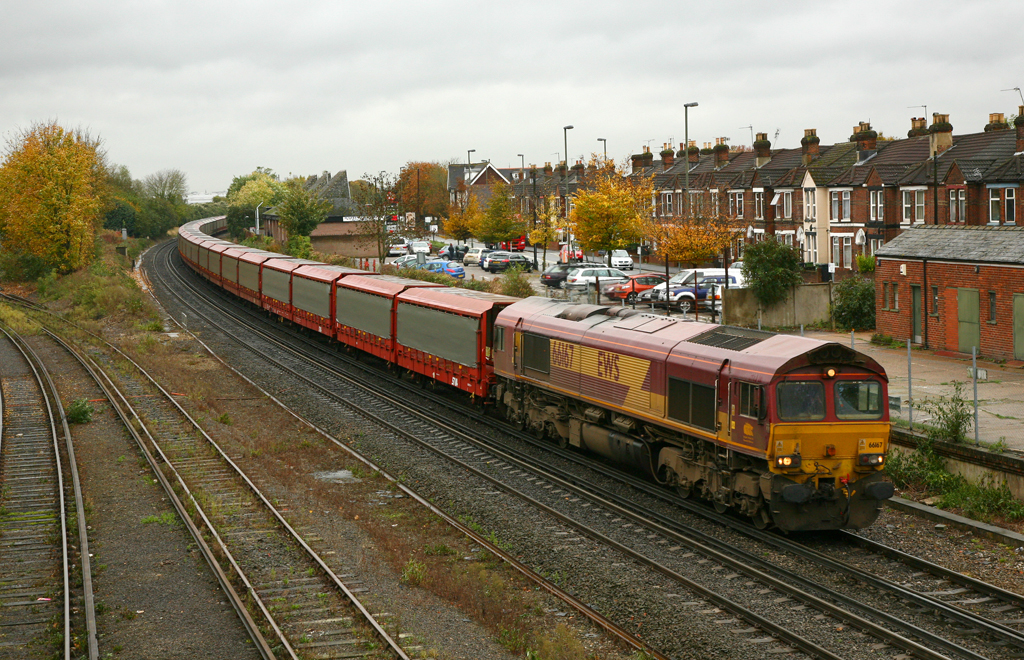 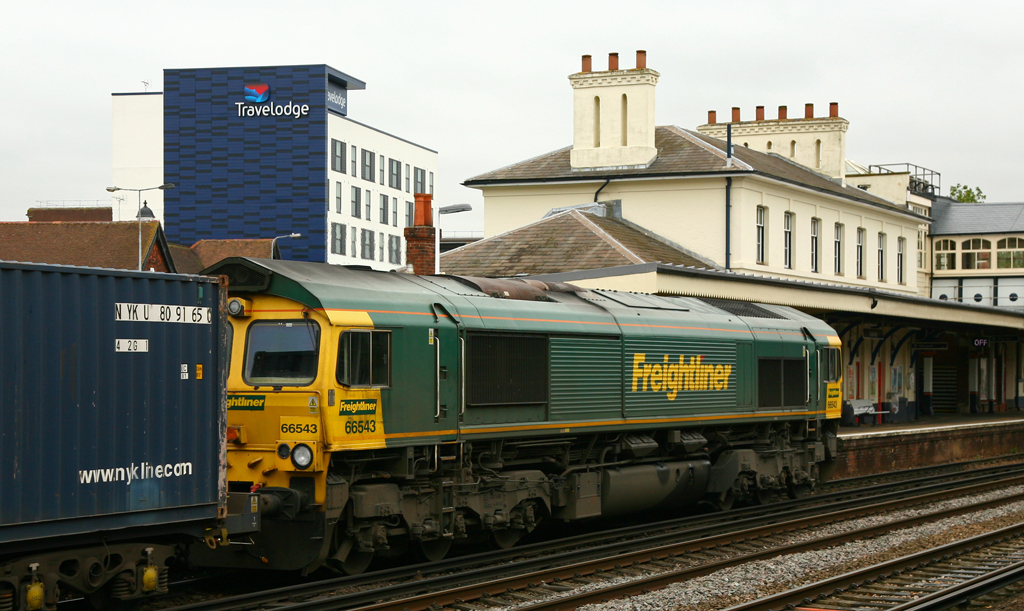 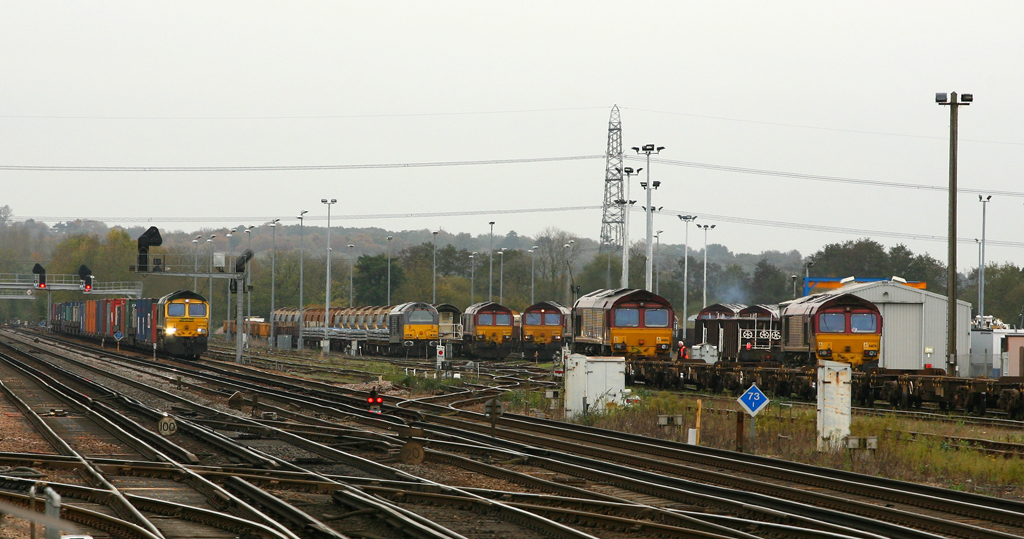 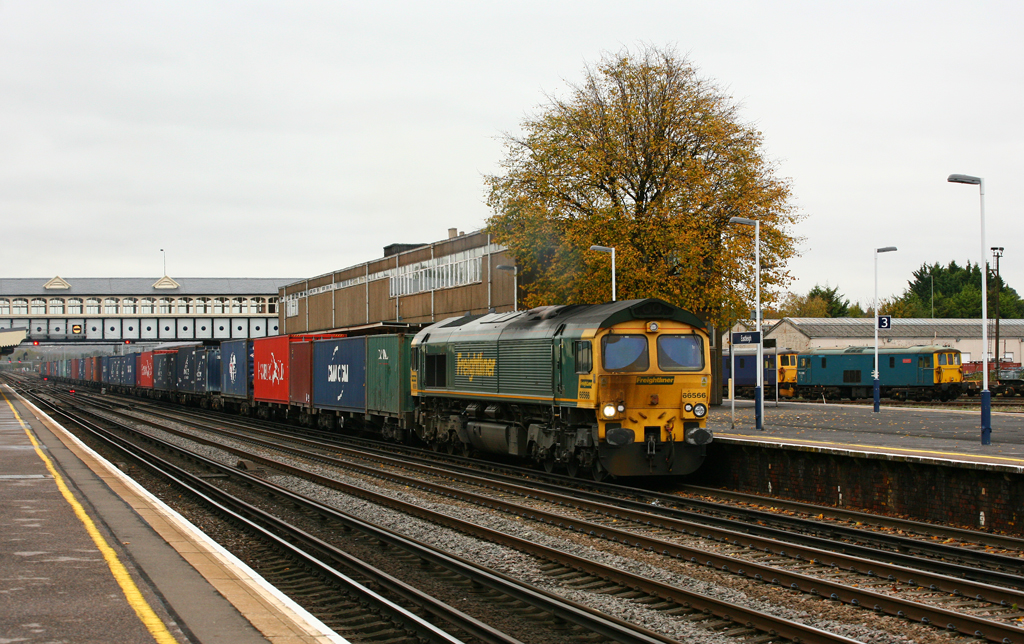 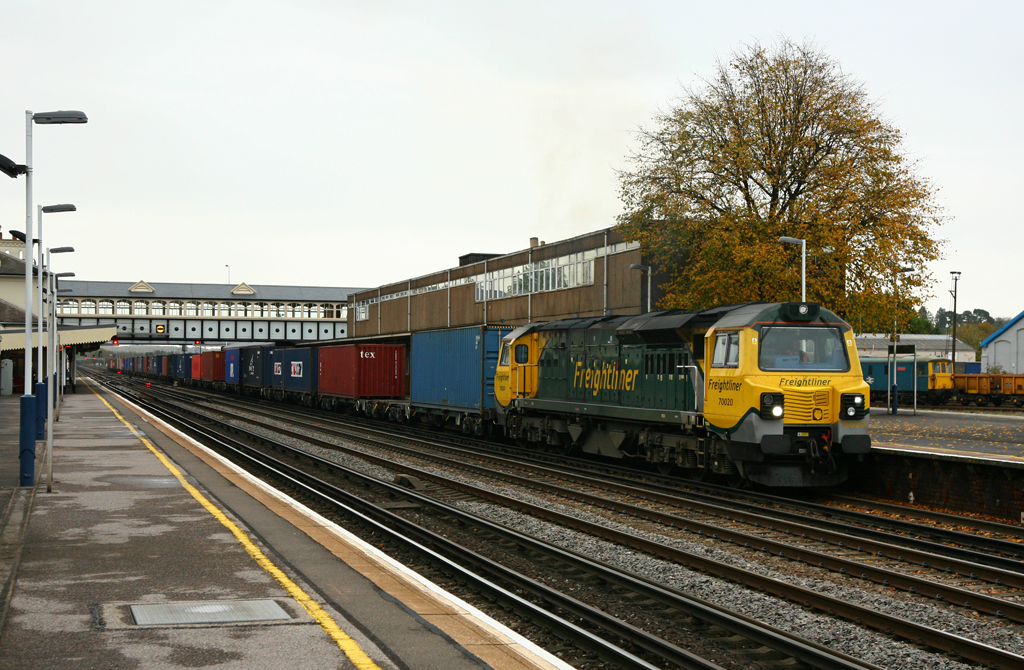 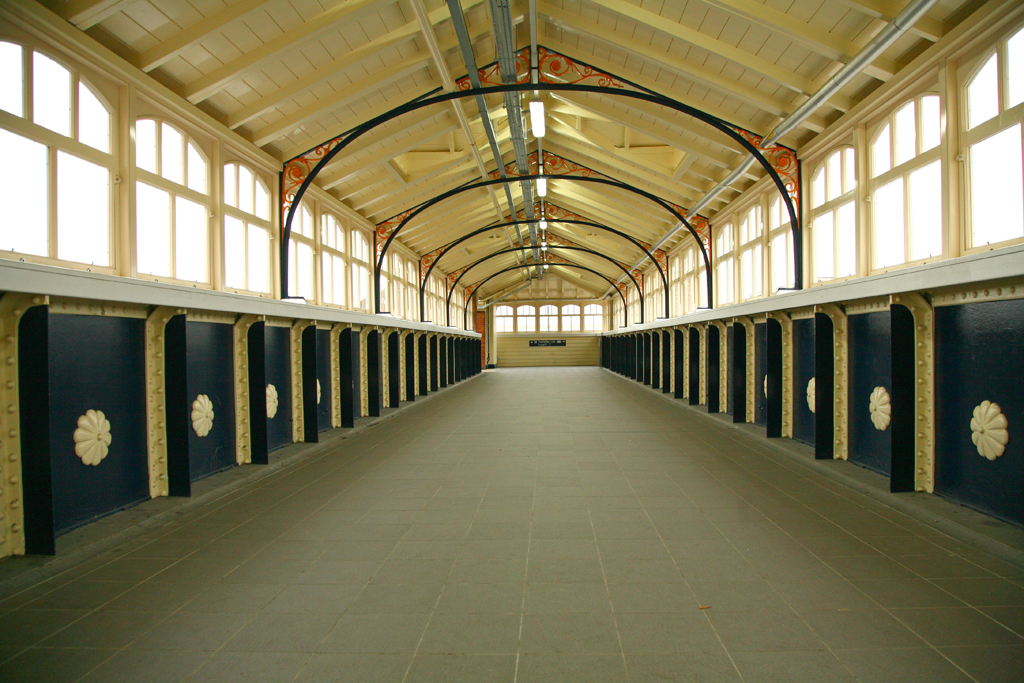 26th October 2012, View of the internal refurbishment to the station footbridge at Eastleigh. A brilliant job!!