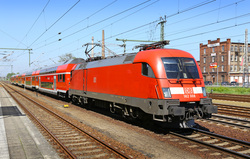 Between the 13th May and 17th May 2013 I flew out to Germany from Bristol Airport to spend a week in Berlin. The trip had been planned for a few months, where we had put an itinerary together for a week long trip. The plan was to cover various aspects of the German Railway Transport scene along some sightseeing, good food, beer and a half day visit to Poland. We stayed in the centre of Berlin at Alexanderplatz, which has good train and road connections, as well as easy access to the main city and eating establishments. The week provided improving weather and a good variety of freight and passenger trains.

Having flown with Easyjet (A320 G-EZGN) from Bristol Airport to Berlin Schönefeld we took the short walk to Berlin Schönefeld Flughafen station where we spent a couple of hours on the former East German station. The station is situated on the Berlin Ring, and has regular International & Regional passenger services, S Bahn connections to Berlin and regular freights. From Berlin Schönefeld it was a short 15 minute train ride into Berlin Alexanderplatz where we found our hotel for the night. 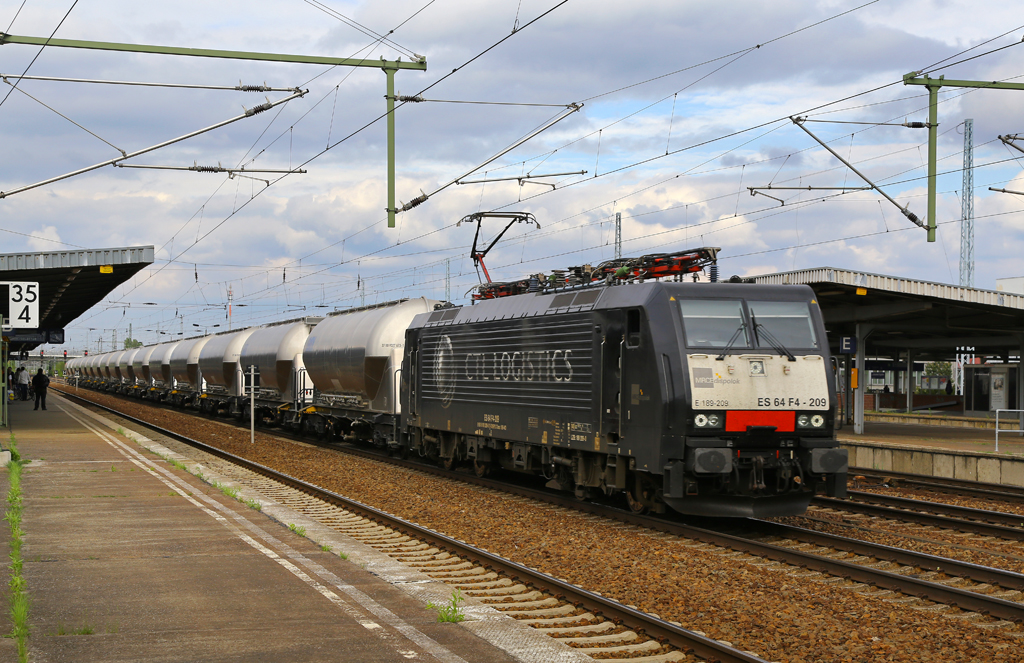 ES 64 F4-209 or 189209 from CTL logistics passes through Berlin Schönefeld Flughafen with a cement train bound for Poland. 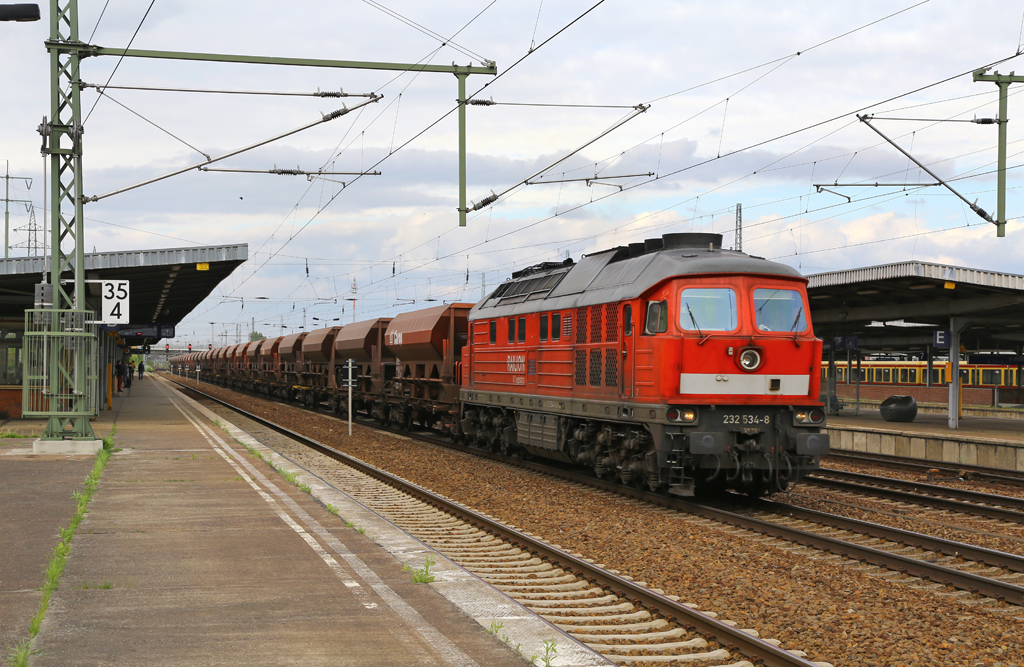 The 14th May started dull and quite cold with light rain during the early morning period. Tuesday was used as a chance to explore Berlin on foot, and record some of the city tram network, as well as more historic sights, such as the Brandenburg Gate and German Parliament buildings. After lunch at Berlin's stunning Hauptbahnhof we took to the rails relocating to Jannowitsbröke and Golm (On the Berlin Ring)  for the afternoon period, before returning to Alexanderplatz for the evening. 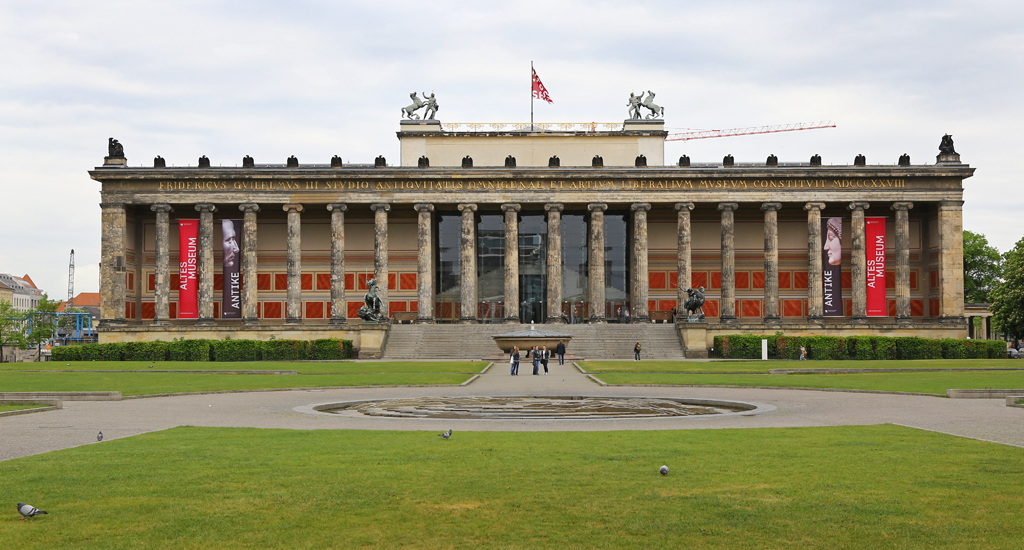 The Altes Museum, built between 1823 and 1830 and designed by Karl Friedrich Schinkel, is one of the most important works of Neoclassical architecture. With its clearly ordered exterior and an interior structure designed with exacting precision in the ancient Greek style, Schinkel pursued Humboldt's idea of opening the museum as an educational institution for the public. The monumental order of the 18 fluted Ionic columns, the wide stretch of the atrium, the rotunda - an explicit reference to the Pantheon in Rome - and finally the grand staircase are all architectural elements which, up to this point, were reserved for stately buildings. Originally built to house all of Berlin's art collections, the Altes Museum has been home to the Collection of Classical Antiquities since 1904. The building was severely damaged by fire in the last two years of the war. Reconstruction work lasted until 1966.
The German Bundestag is the national Parliament of the Federal Republic of Germany. Its seat is the Reichstag Building in Berlin. In the current electoral term, Parliament is composed of 620 Members. This is the 17th electoral term since the establishment of the Federal Republic in 1949. The President of the German Bundestag holds the second highest office of state in Germany, after the Federal President. Professor Norbert Lammert has held the position of President of the Bundestag since 2005. He is a member of the largest parliamentary group, the CDU/CSU. 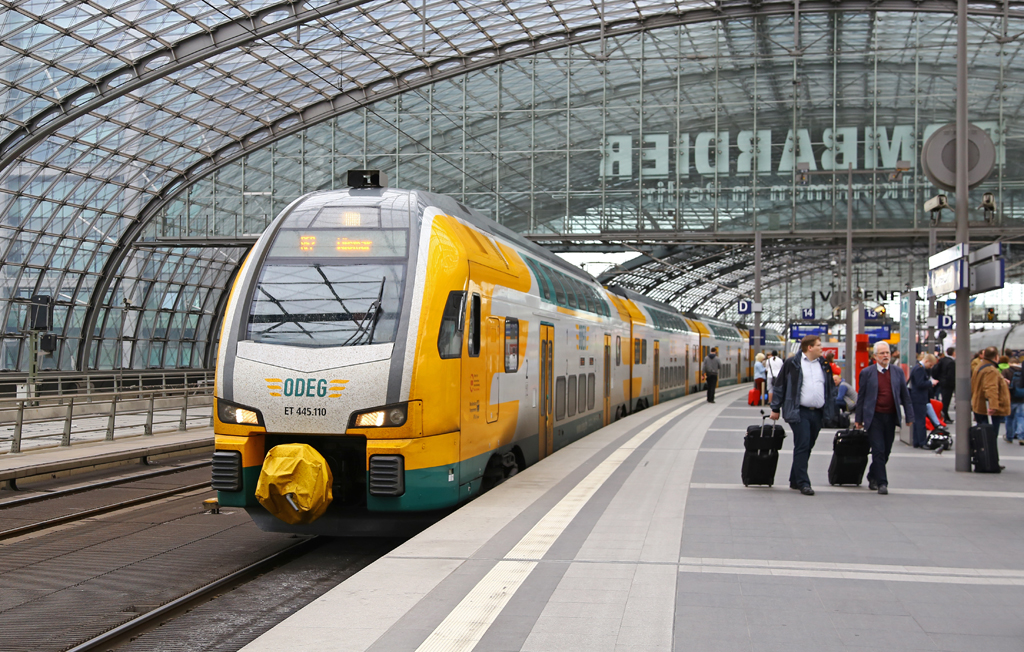 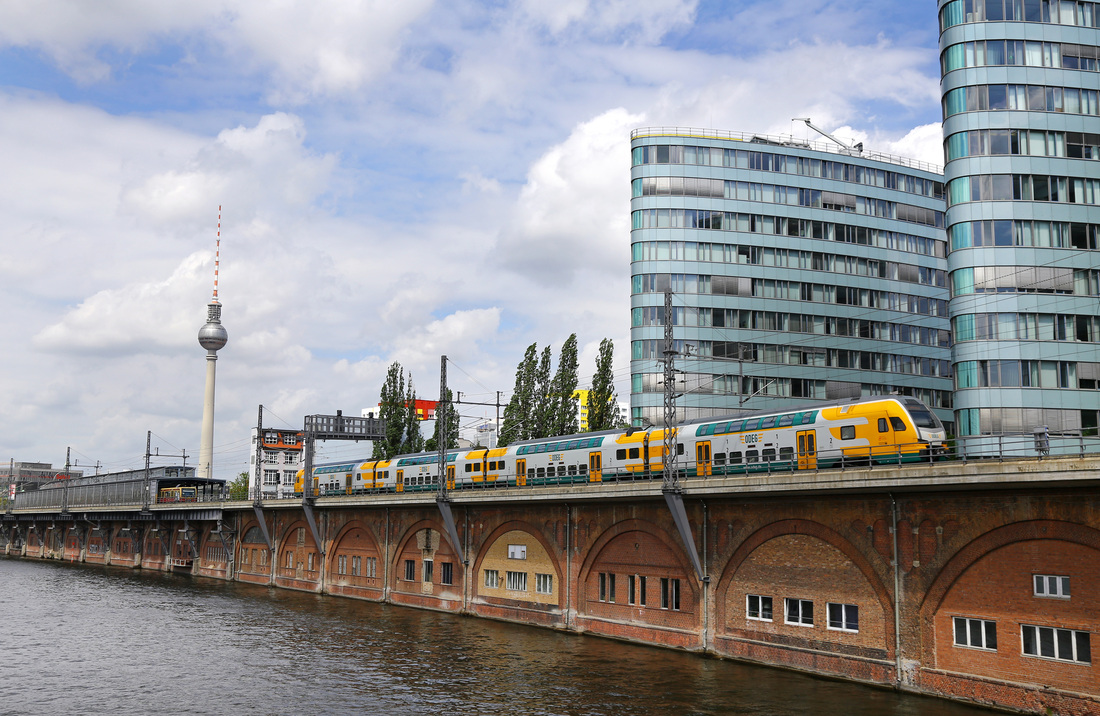 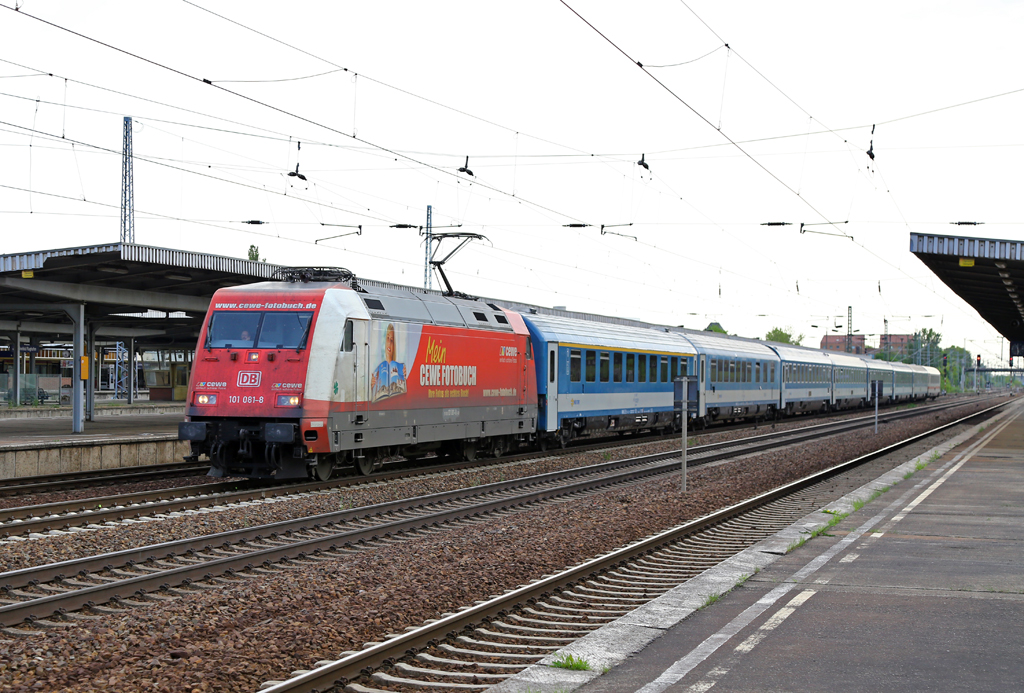 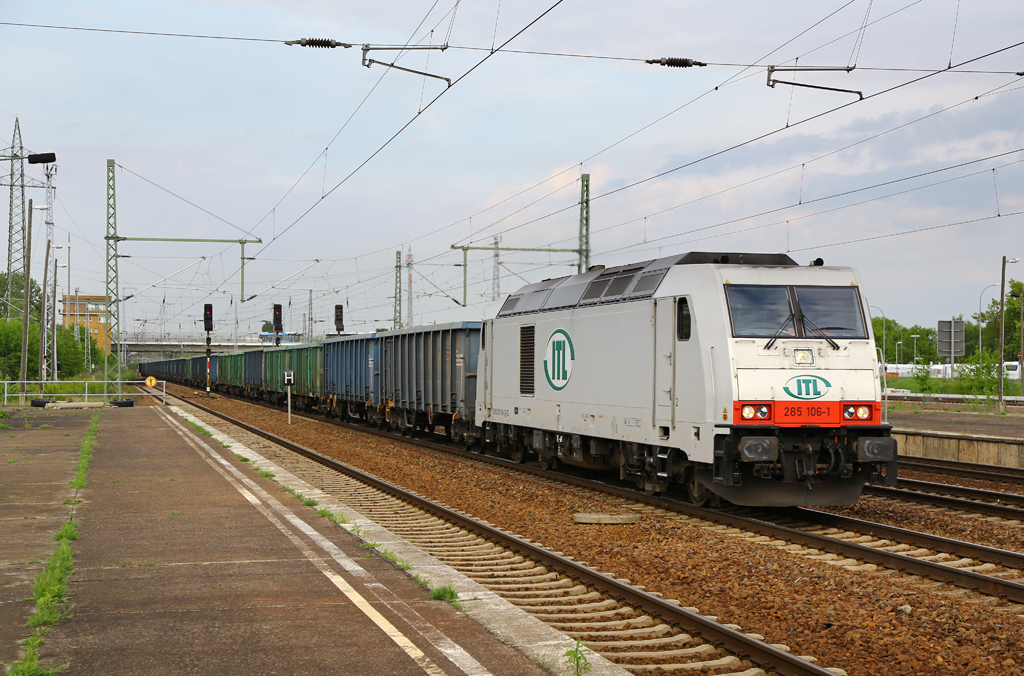 ITL Class 285 No.285106 storms through Berlin Shönefeld Flughafen with a Poland bound freight. 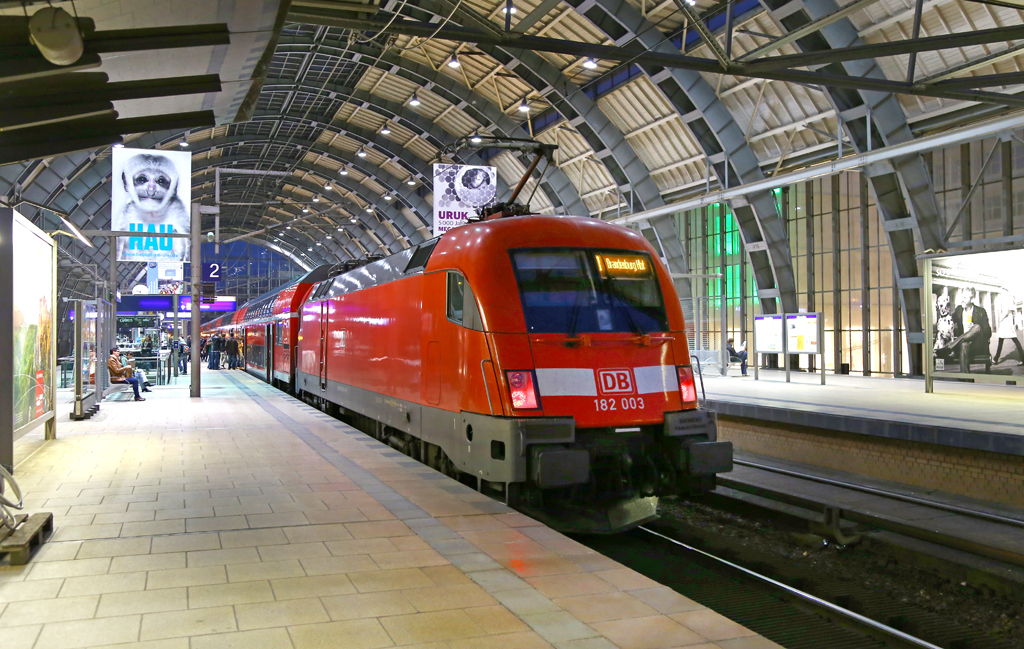 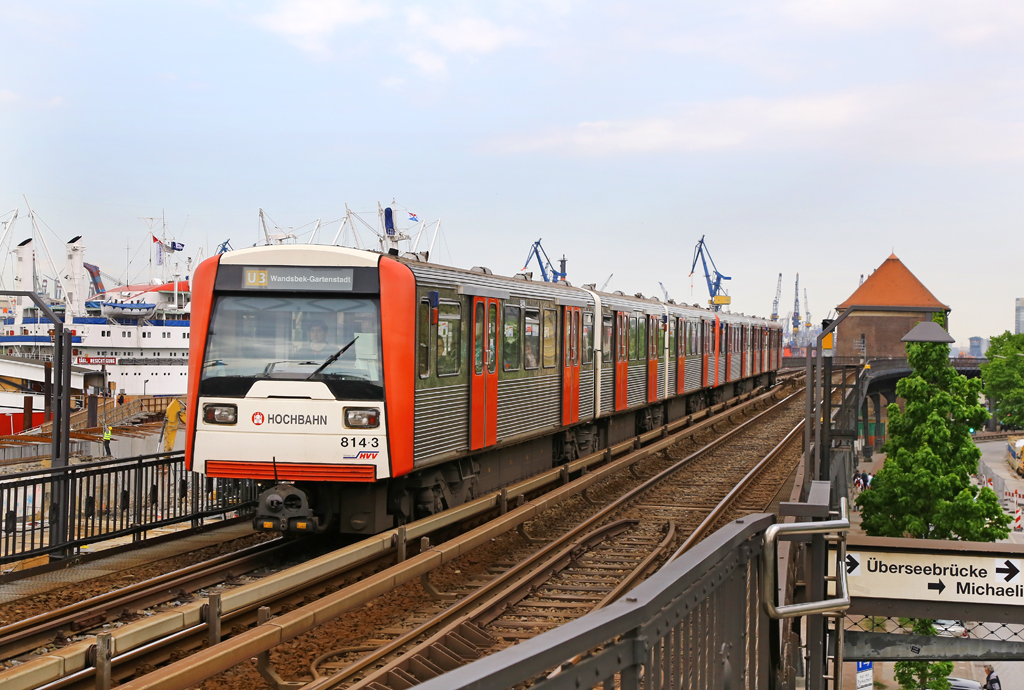 Minitur Wunderland based in the centre of Hamburg, features the worlds largest model railway.  http://www.miniatur-wunderland.de/ 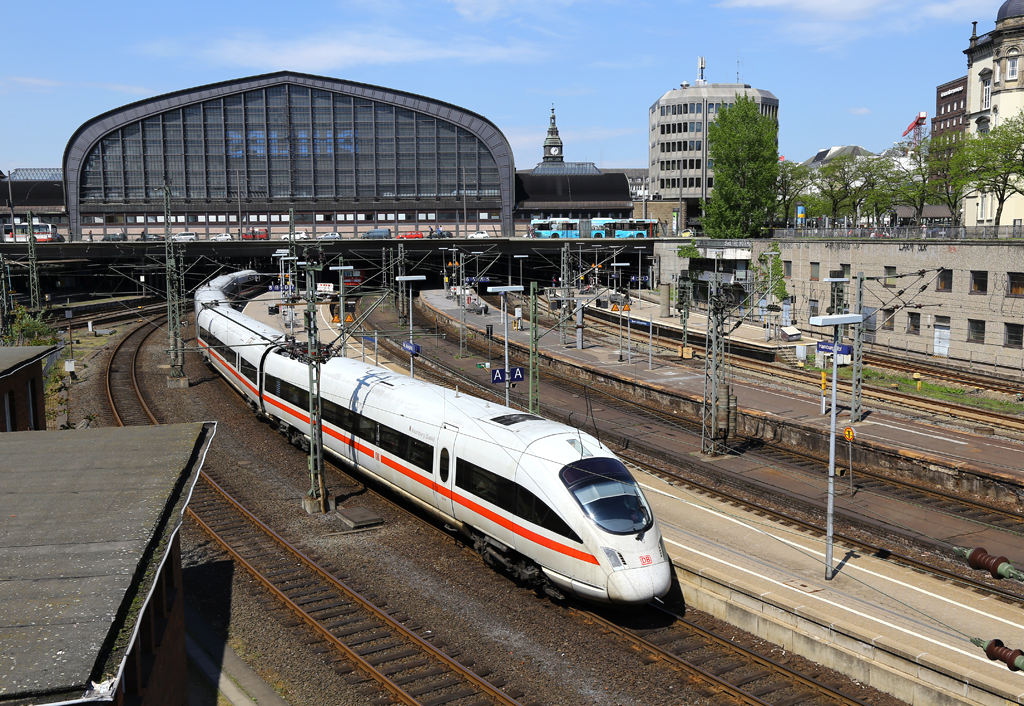 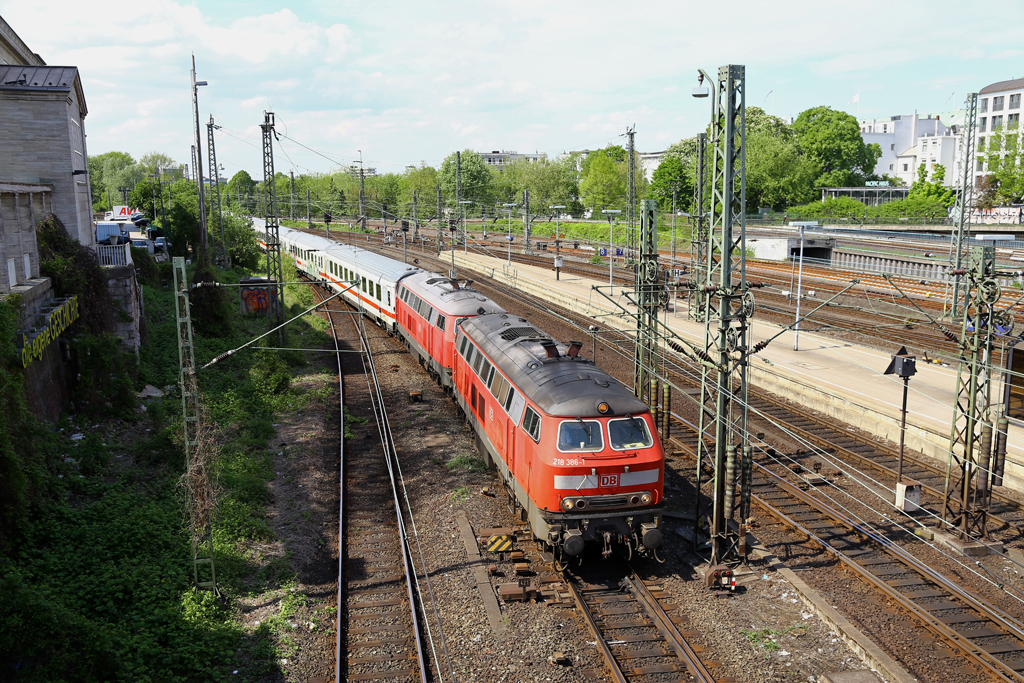 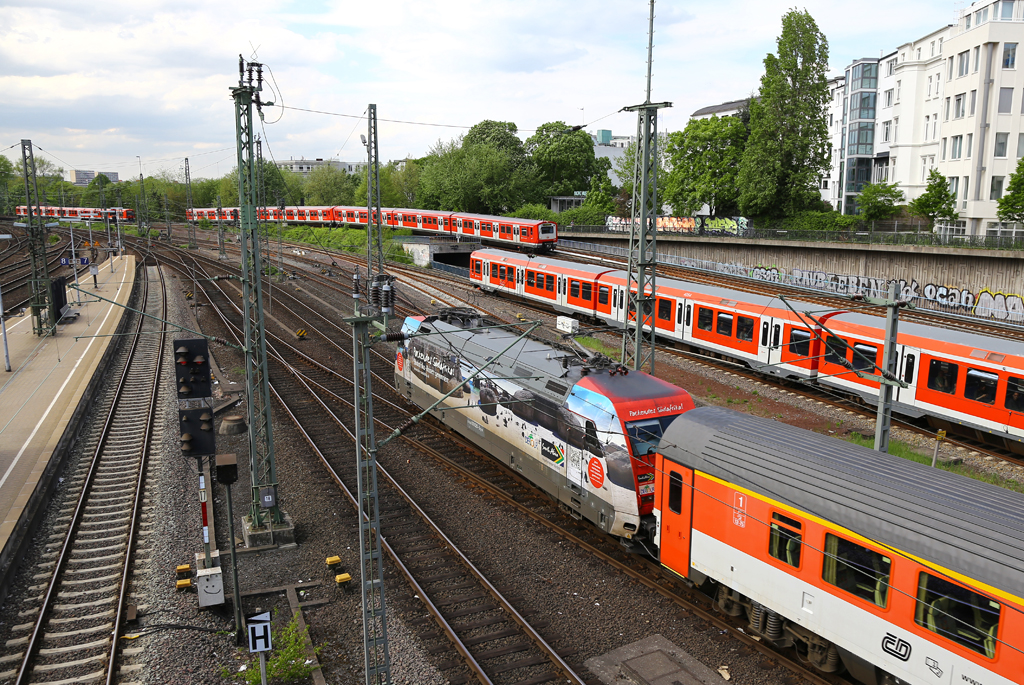 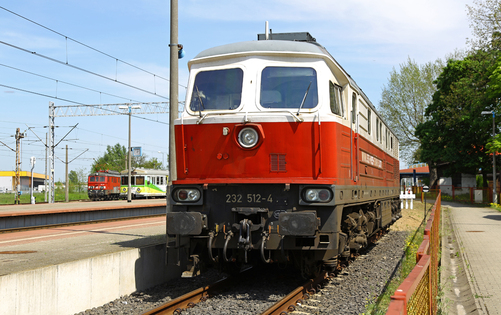 The 16th May began with high temperatures predicted, with improving weather during the day. We hired a car for the day and took to the roads of Germany & Poland. First stop was Früstenwalde near Frankfurt (Oder) (located to the East of Berlin, on the mainline into Poland). A variety of passenger services were observed, but freight seemed very sparse with only a couple of services passing into Germany. After lunch in Früstenwalde we continued on to Poland, and the small border town of Rzepin, the sleepy town provided some amazing stock to photograph and we spent most of the afternoon at the station. On our return to Germany we called in at Frankfurt (Oder), after a fraut time trying to navigate around town roadworks we finally arrived at the station, which would be our final calling point of the day, before returning to Berlin. 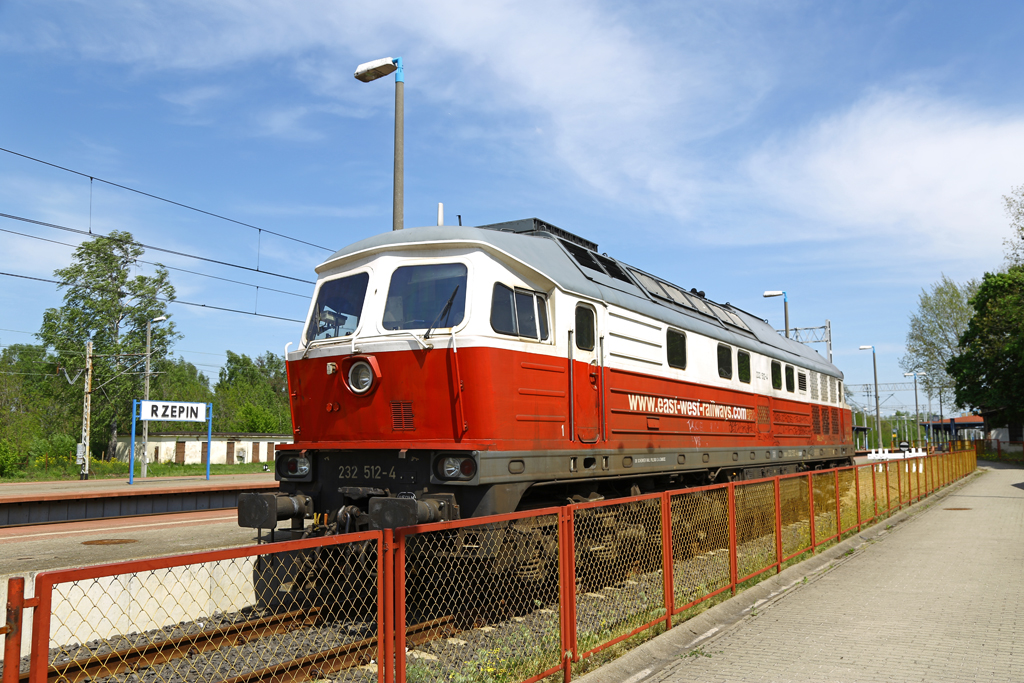 East West Railways Class 232 No.232512 is pictured stabled at Rzepin in Poland. 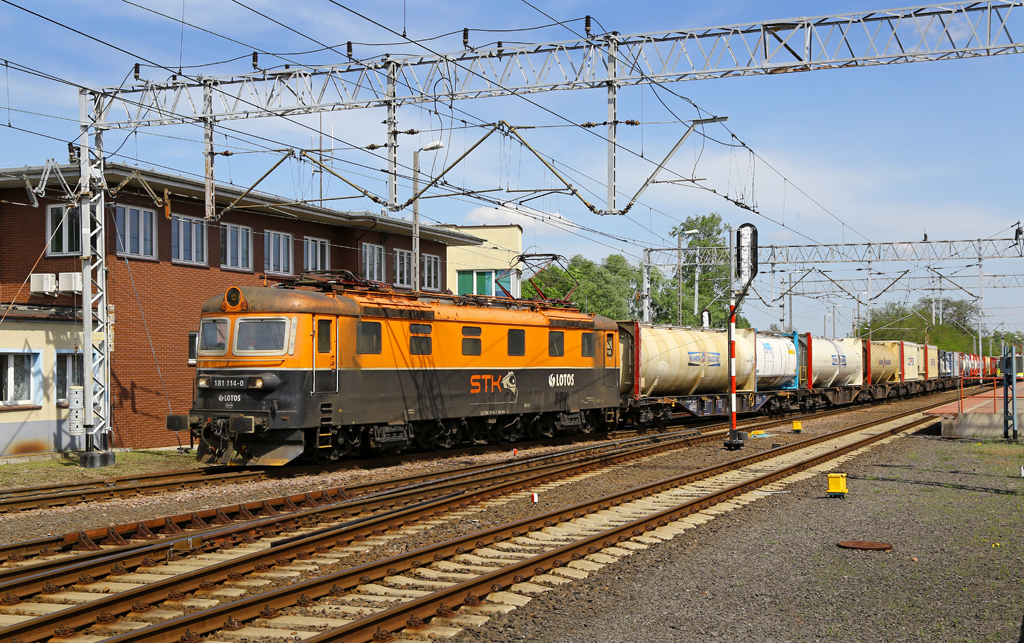 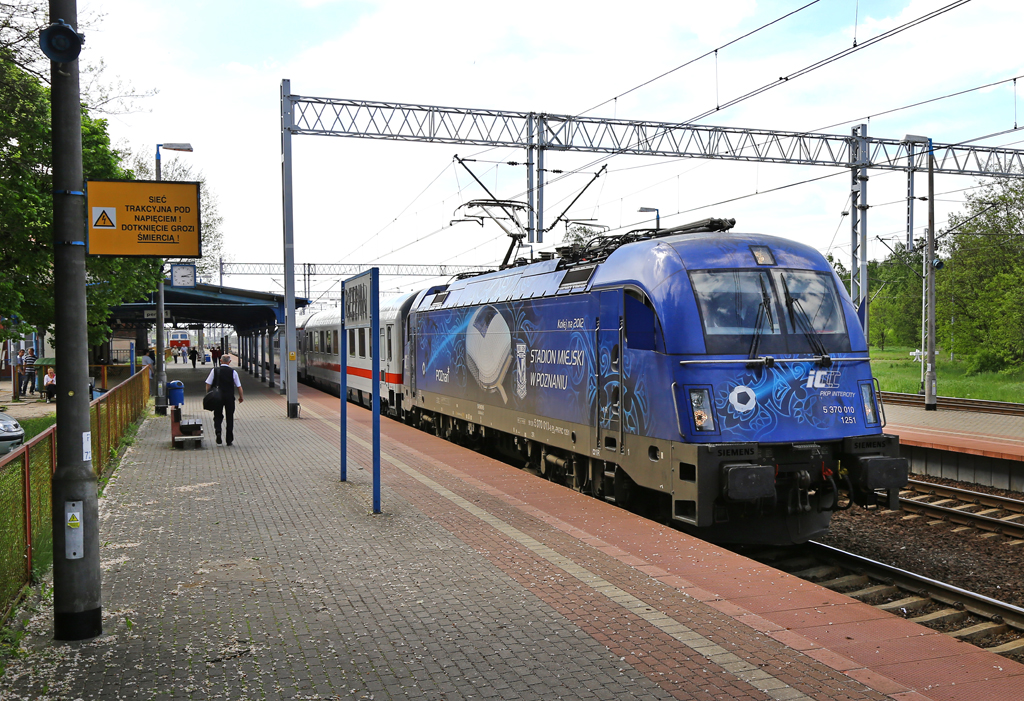 PKP Intercity Class 370 No.37010 waits to deaprt from Rzepin Station. 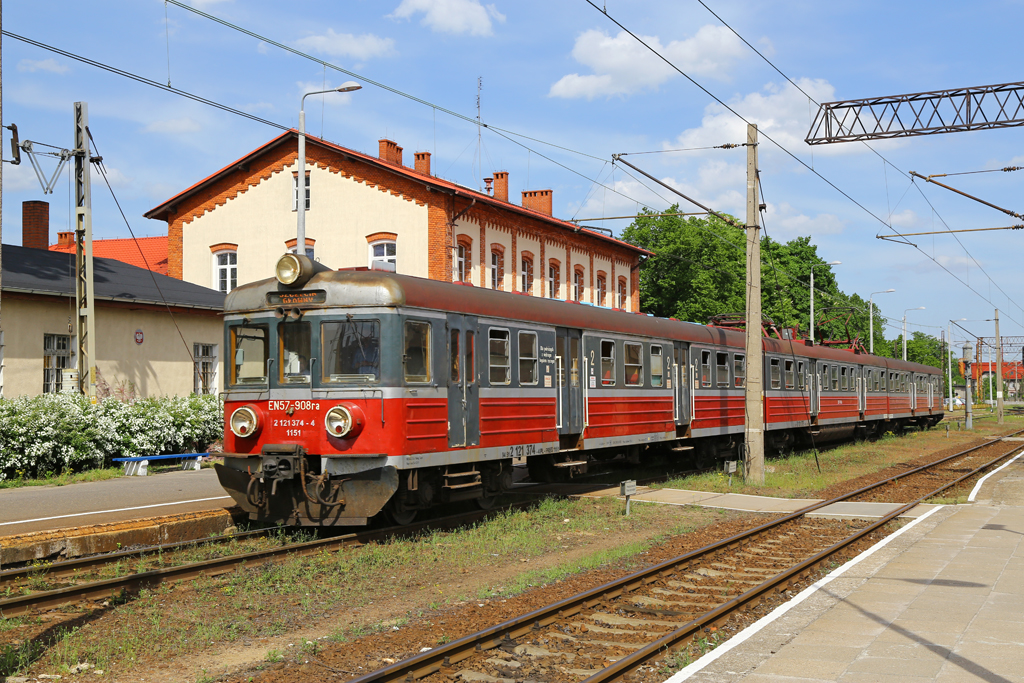 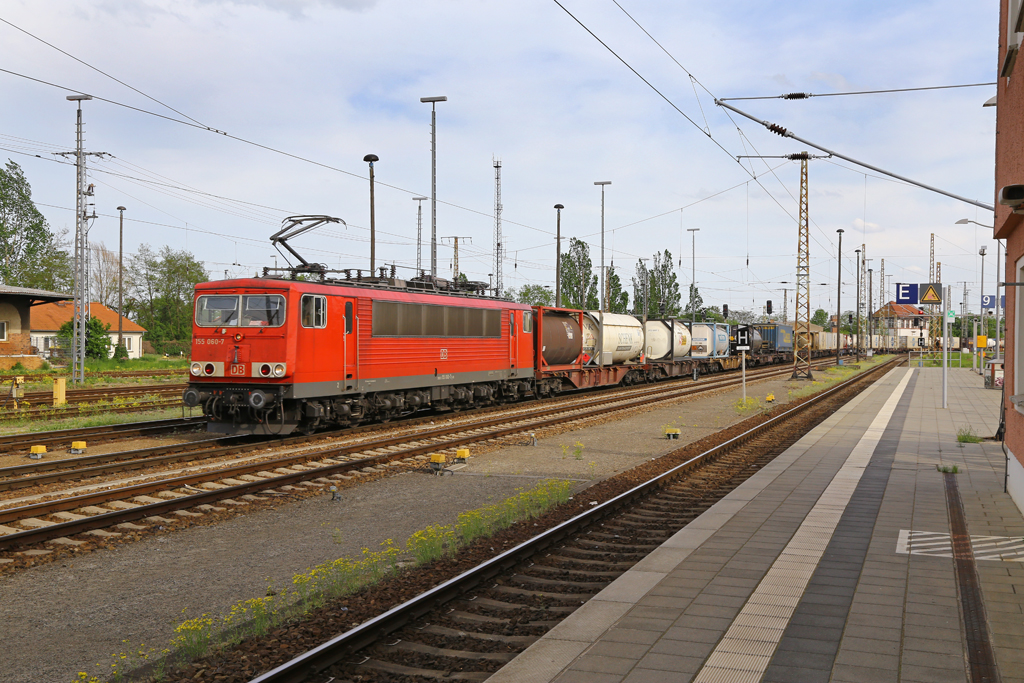 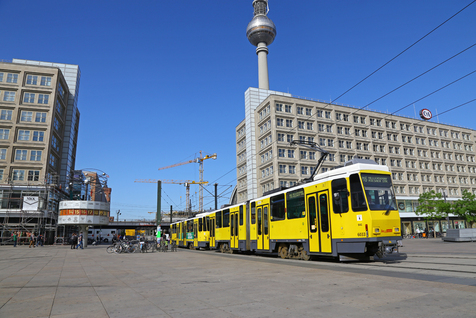 Friday the 17th May started in blisteringly hot conditions, Summer had really arrived in Berlin. This was to be out final day in the city, so we took the opportunity to record more of the city's trams before traveling to Potsdam and onto Saarmund (located on the Berlin Ring) to view some of the freight services which skirt around the city. Freight on the Berlin ring was also quiet with only a handful of movements passing through the remote station at Saarmund. At 13:40 we continued to Berlin Schönefeld Flughafen where we captured our final few images in Germany. From here we flew home with Easyjet to Bristol Airport, arriving back in the UK where it was a full 10 degrees cooler than Germany! 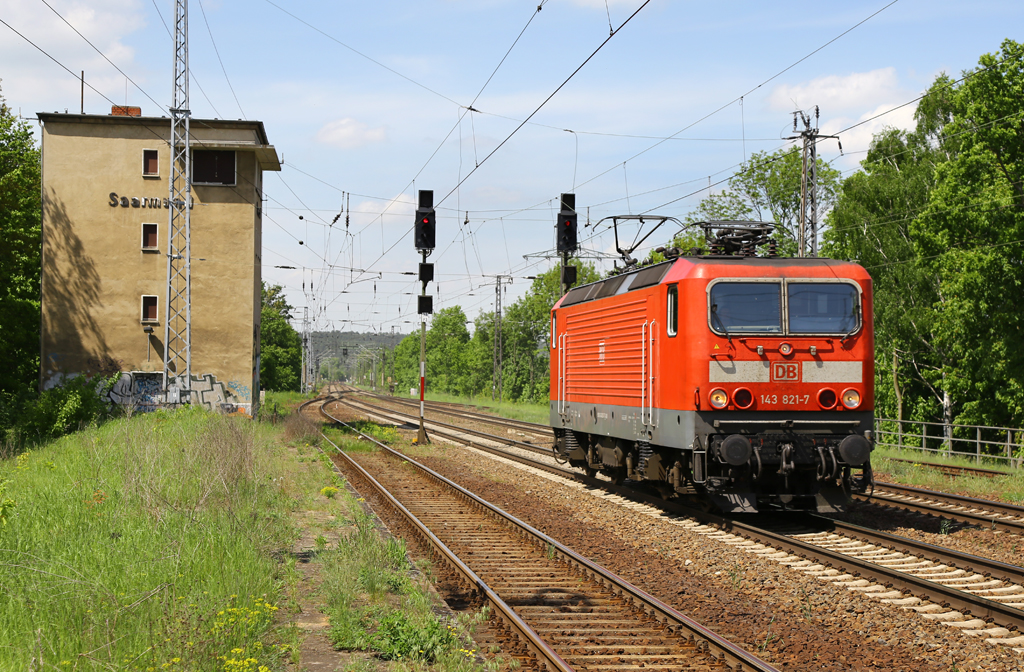 DB Class 142 No.143821 is seen returning light engine through Saarmund having taken a shunting loco to Neuseddin Works 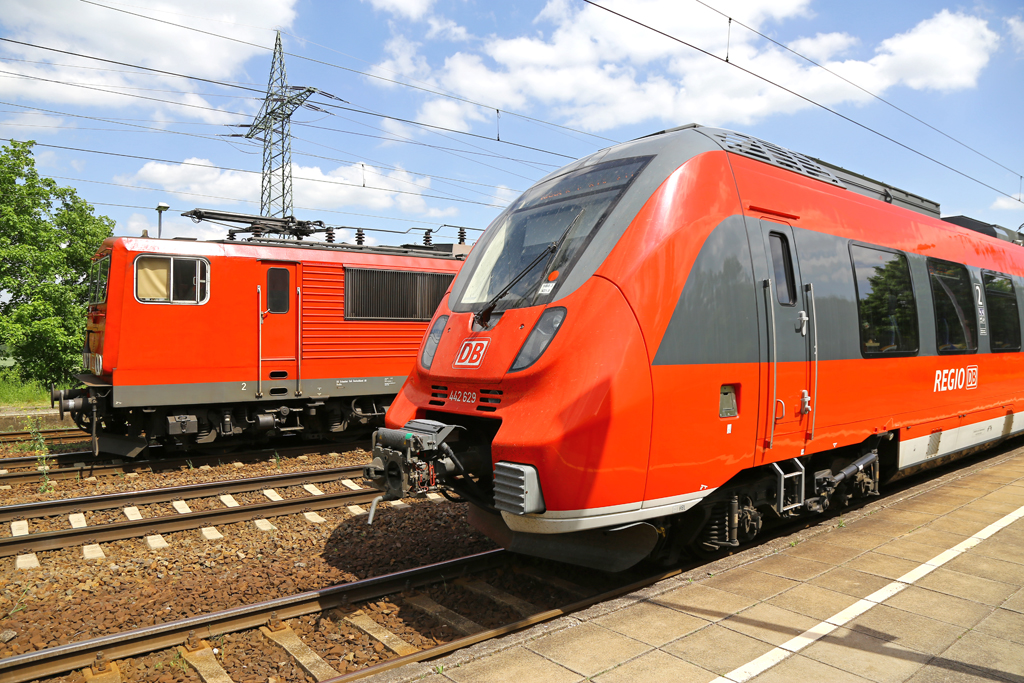