During the early part of 2017 The Heavy Tractor Group returned their prize asset back into the 1990's sectorization period when the locomotive once carried Railfreight Metals livery. The heavyweight Class 37 is the first of its type to enter preservation and has been restored to a high standard.
Having recently been named the locomotive was used on a Diesel Running diagram on the Great Central Railway on the 28th April 2017. Below are a selection of images from the afternoon running day between Loughborough and Leicester. 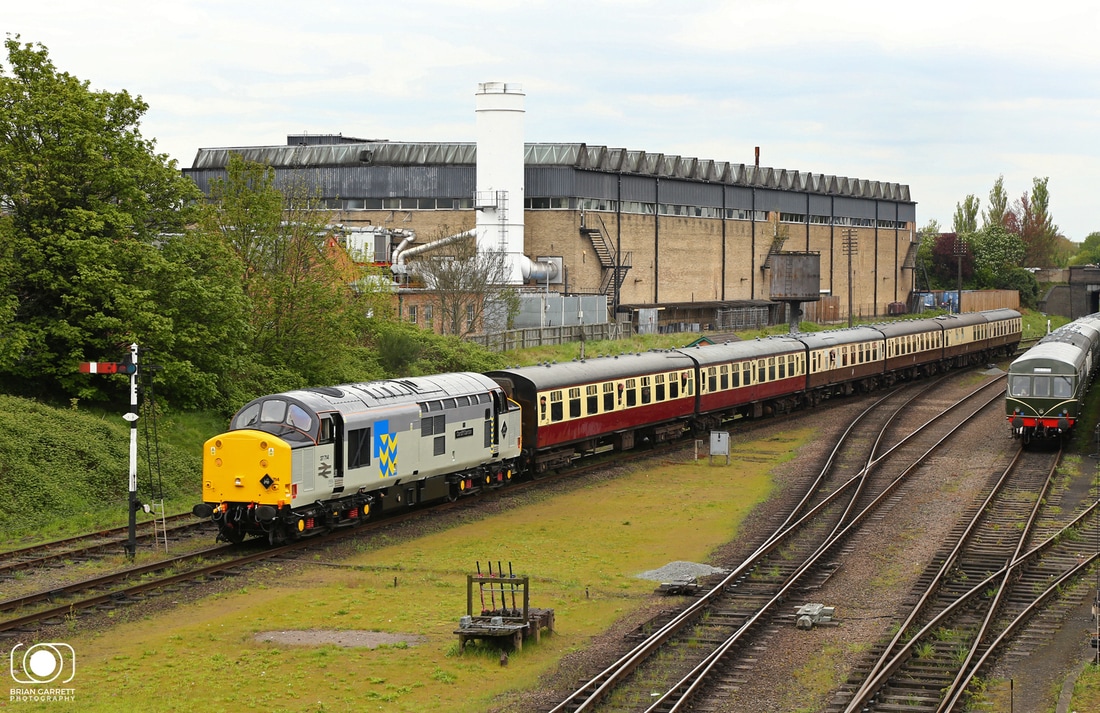