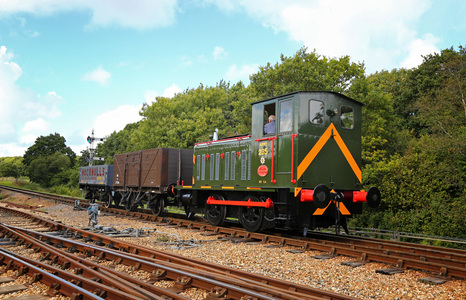 The Isle of Wight Steam Railway held their first ever 'Shunter Shuffle, Diesel Gala' between the 30th September and 2nd October. The quaint island railway is known for its picturesque scenery and superb restoration of elderly locomotives and coaching stock, but had never previously held a Diesel Gala event. The home fleet of Diesels consisted of Class 05 No.D2554 (fresh from a rescent overhaul and repaint), Class 03 No.D2059 (03059) and Barclay 0-4-0 Shunter No.235. The line also took the step to bring in a Class 03 from the mainland, which was No.03197 from the Mangapps Railway.
Together the small fleet provided a two train service, brake van rides and a small freight train.
The heritage Island Line Tube Trains also stopped all services at Smallbrook Junction allowing passengers to access the railway via the passenger ferry from Portsmouth Harbour to Ryde Pier Head.
The event was very well organised with good food, and real ale on tap, fingers crossed for more of these events in the future. 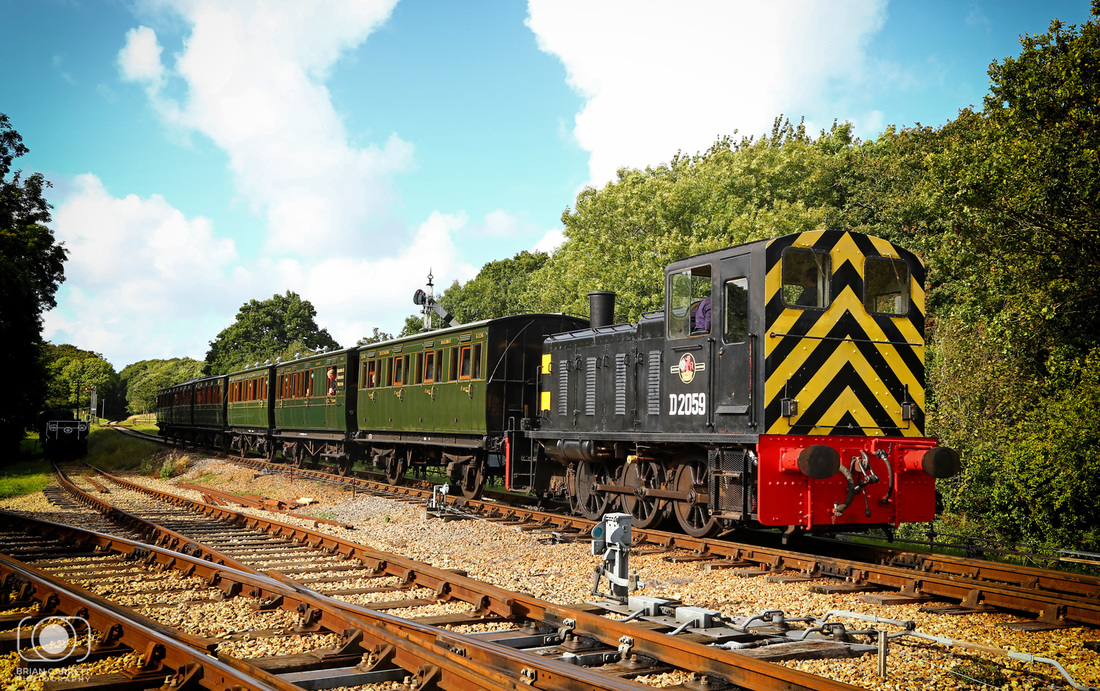