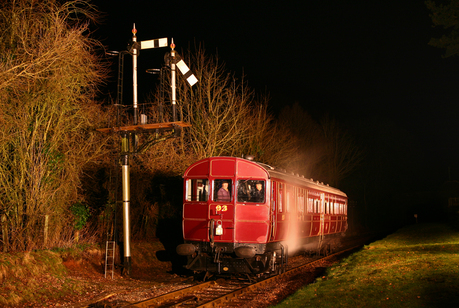 No.93 Railmotor visited the West Somerset Railway for the Spring 2013 Steam Gala weekend. The first steam railmotors date back to the mid 19th century, but the idea came of age in the early years of the 20th century, when a vehicle capable of being reversed quickly, and designed for local trains making frequent stops was required.
No.93 was receated by the Great Western Society at Didcot from Autotrailer No.212 . On the 23rd March 2013  a night photographic shoot was organised by the WSRA Chairman, David Williams and was set at Crowcombe Heathfield Station. Amid freezing conditions 20 photographers enjoyed an evening of unique photography fueled by hot cups of tea and coffee from the volunteers in the station refreshments area. Below are a selection of images taken during the evening at Crowcombe. We would like to extend our thanks to David Williams and Jason Cross for the organisation and lighting. 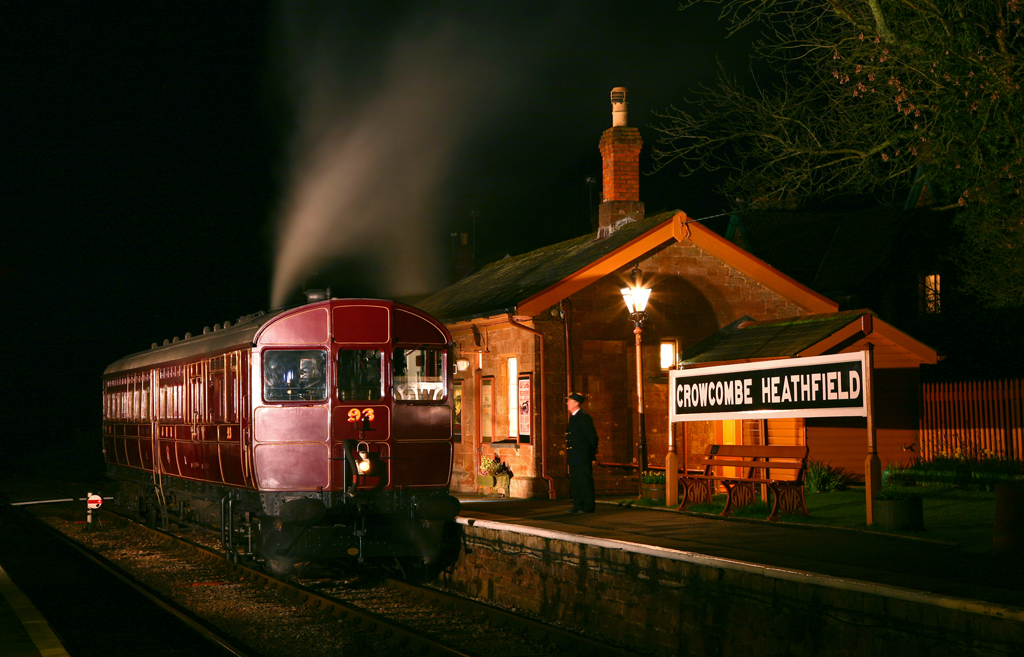 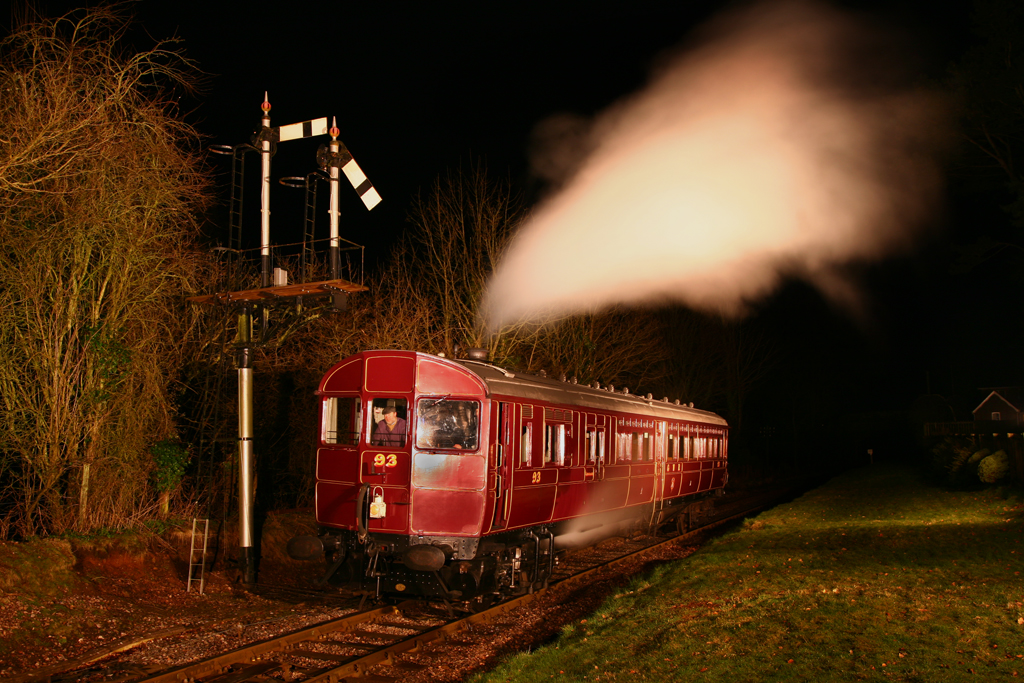 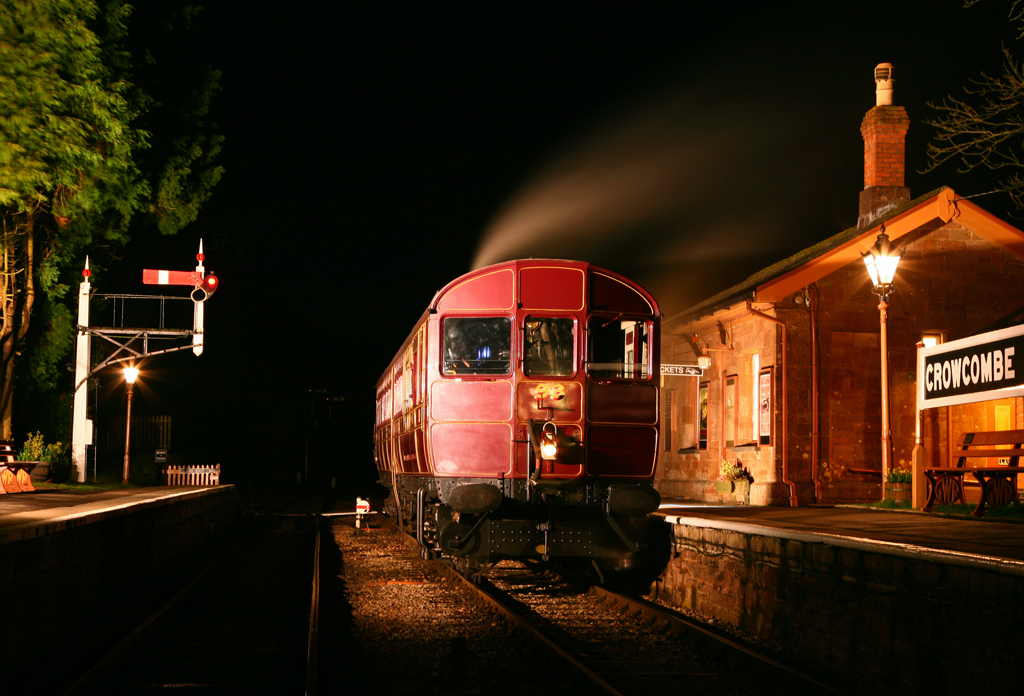 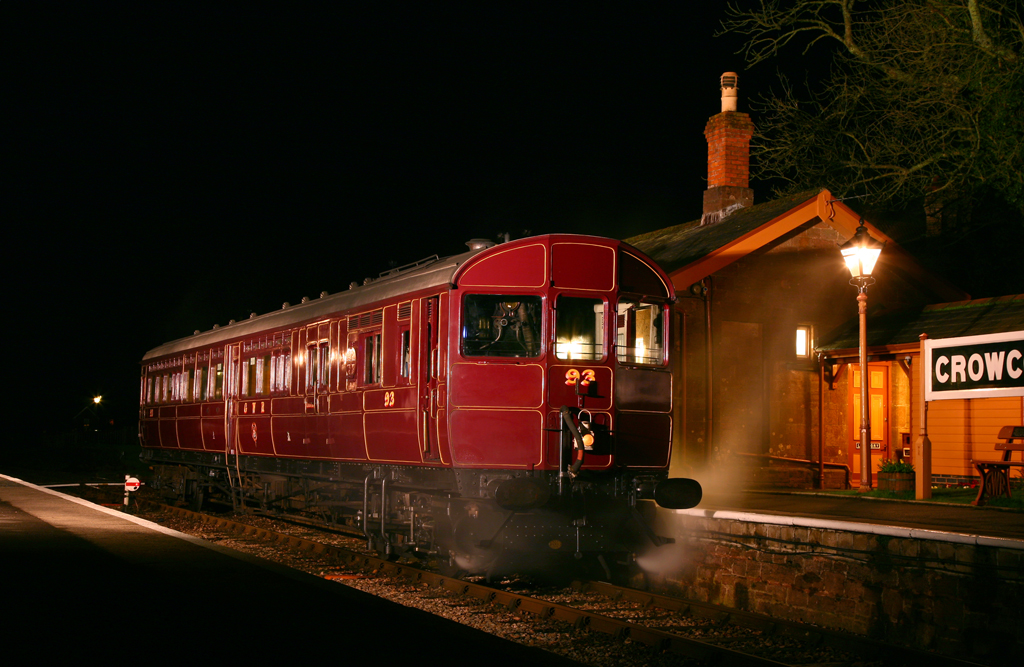 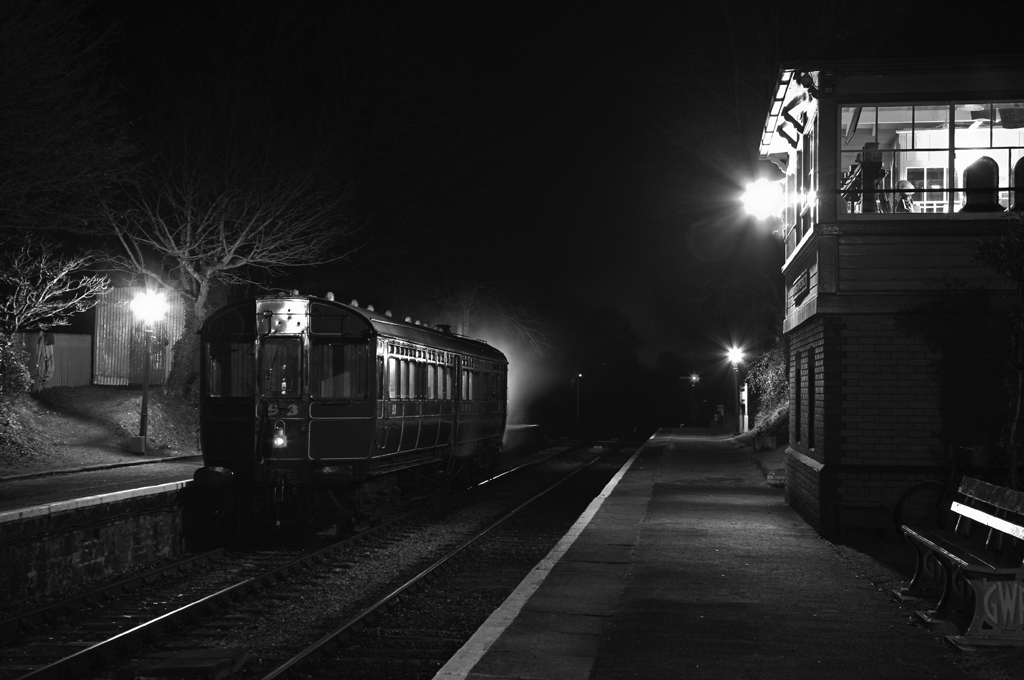