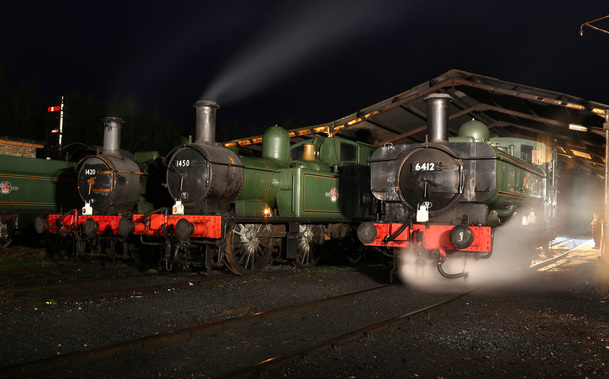 Timeline Events held an evening photographic charter on the South Devon Railway at Buckfastleigh on the 19th February 2016.  The evening was set up to include scenes replicating Branchline Steam. Two areas were set up for photographers, the yard area at Buckfastleigh provided the chance to capture 'scenes on shed' using appropriately dressed volunteers to recreate the period, and a second area on the station platform provided an opportunity to recreate passenger scenes.
The evening was well attended, and the addition of some light rain provided some additional atmosphere to the event. The evening started shortly after 18:00 before ending around 20:30, providing several hours of photography.  Below is a selection of images from the event. 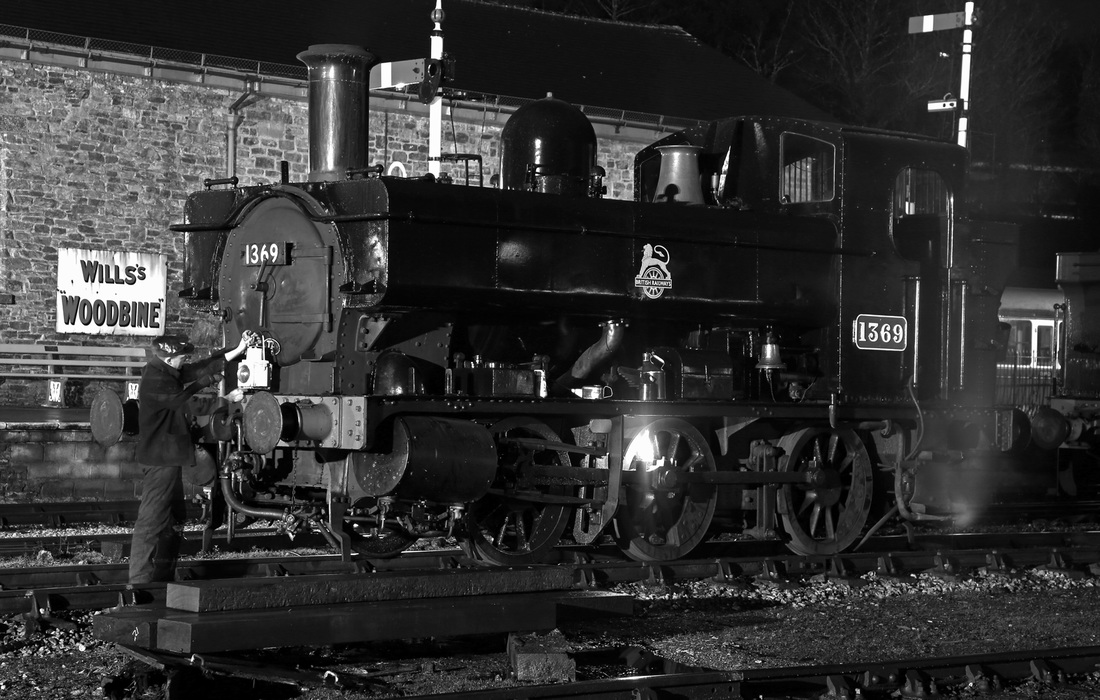 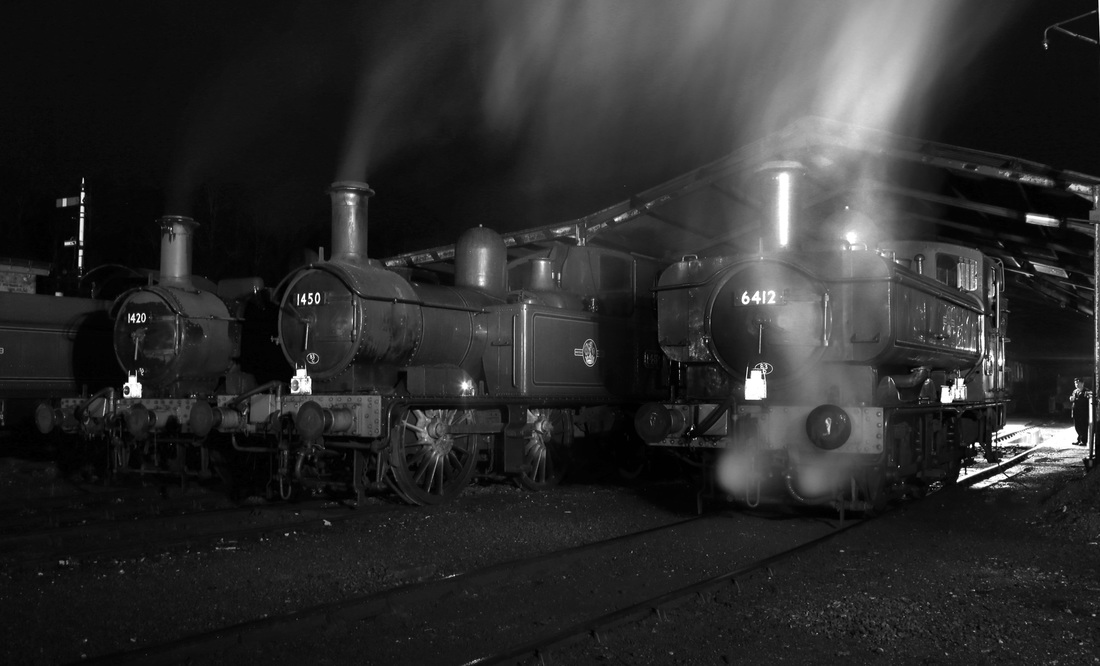 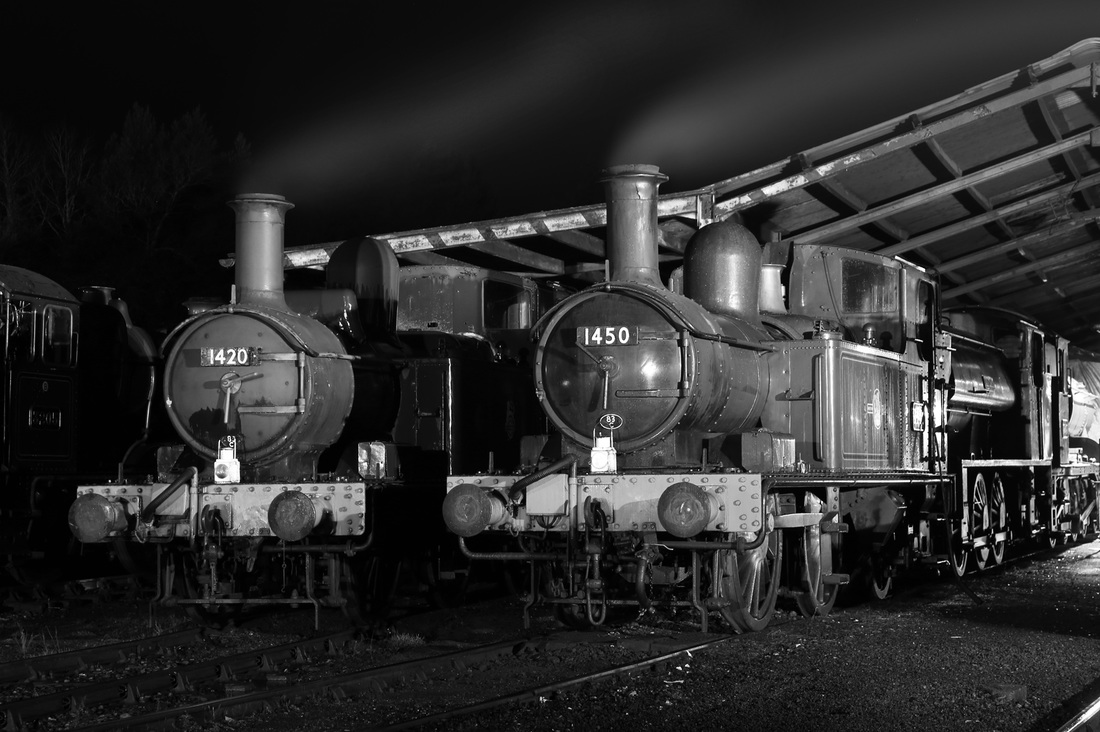 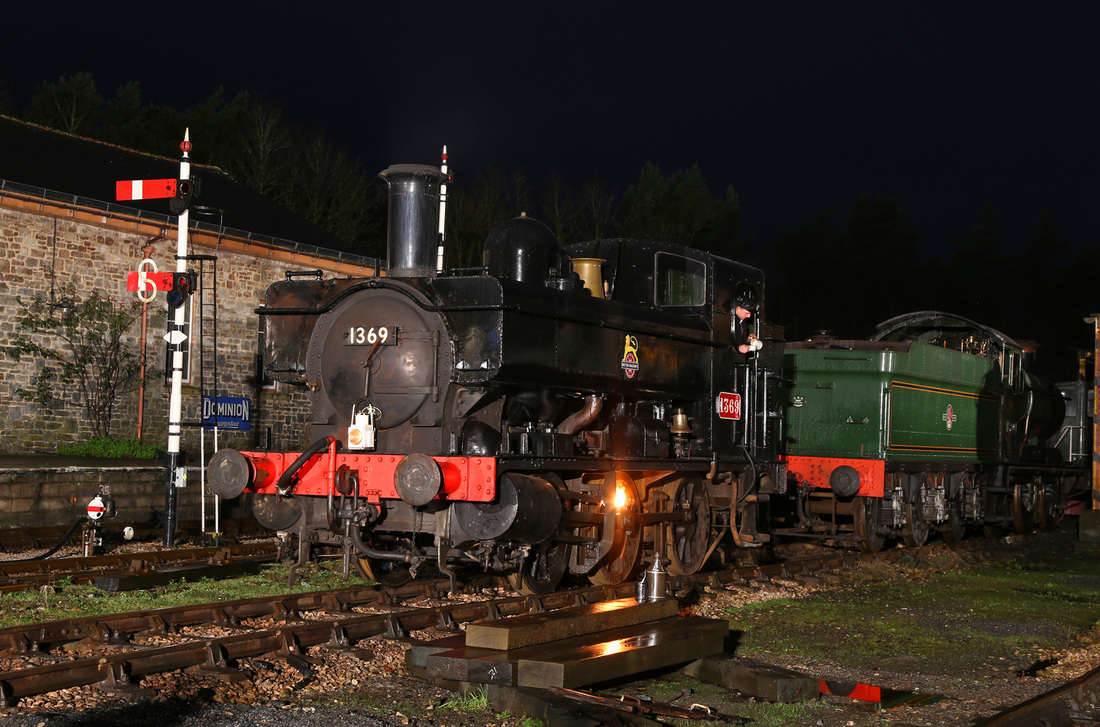 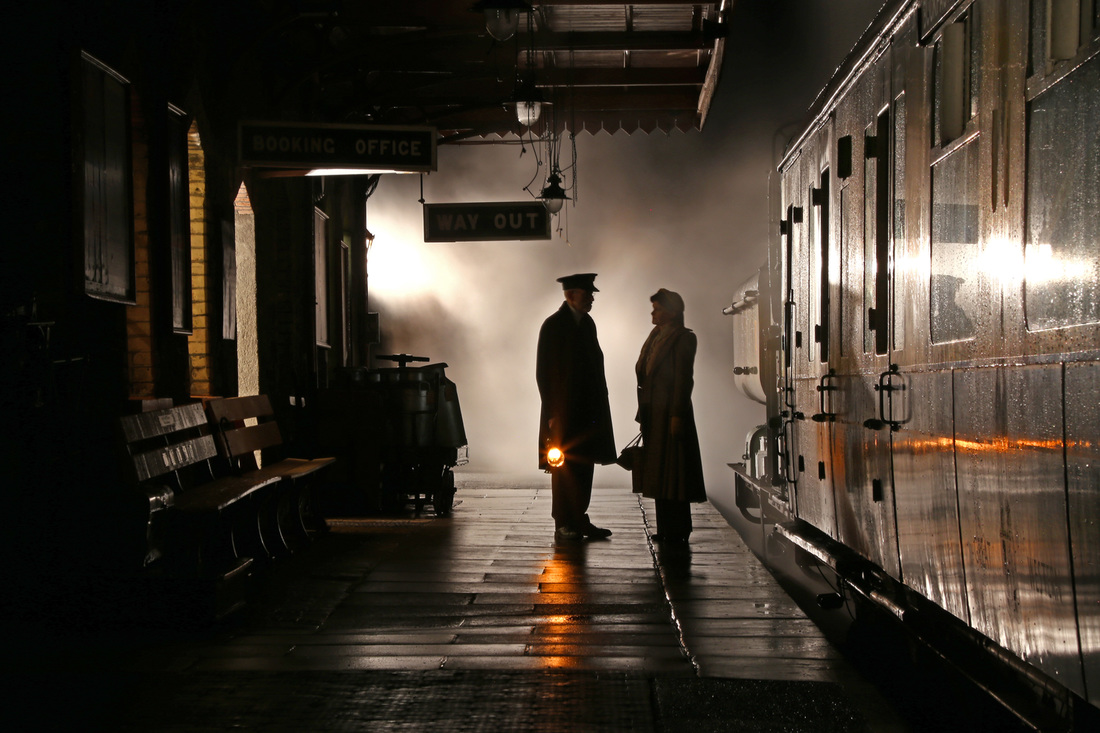 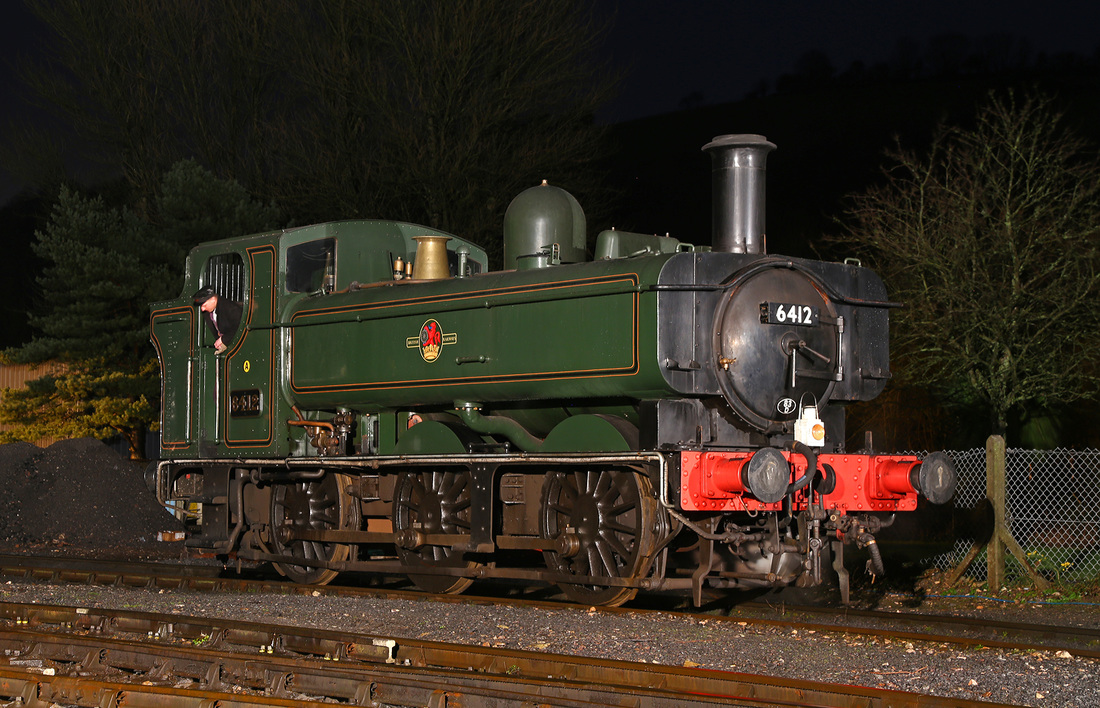 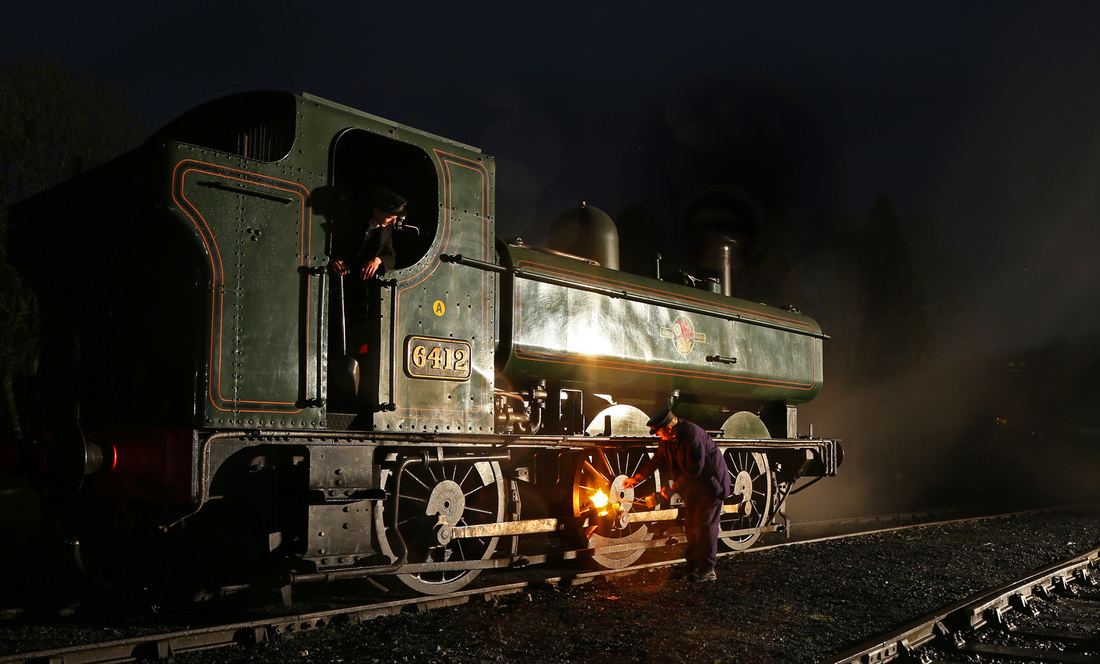