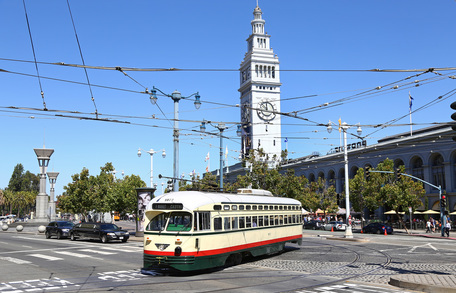 ​During three weeks of September 2015 I traveled to California in the United States of America. Myself and good friends Colin Marsden, Nathan Williamson, and Paul Clarke flew from London Heathrow on the 7th September to San Francisco with United Airlines. Our trip took us to the famous railroad mountain town of Tehachapi and also incorporated several days in San Diego along with a day trip to Los Angeles/ Long Beach, and a visit to the Californian State Railroad Museum  located in Sacramento. The trip coincided with an Autumn heatwave in the Californian State, with temperatures topping out at 100 Degrees Fahrenheit  most days. We used a 4X4 to travel between the three major cities but also used public transport to assist with getting around.  This gallery (Along with uploads to the Aviation, Marine and Architecture Galleries) chart our photographic travels, recording some of the stunning California scenery. 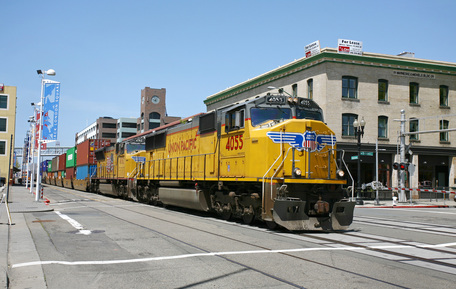 Two years after my first visit to America I was captured by the travel bug again and decided to take advantage of cheaper ticket prices to visit California for a second time. This time I traveled with good friends Colin Marsden and Chris Perkins, we decided to fly into San Francisco which gave much easier methods of travel from the airport. My visit coincided with good economic times. rail freight (particularly container traffic) where operating at high levels and railroad operations were easy to come by. Over the two week period we used our hire vehicle to ravel from San Francisco to Bakersfield then out along the 'trans-con' to via Route 66 to Needles, Topock,  Kingman, Las Vegas, and then returning via Barstow and Cajon to Tehachapi and San Francisco. 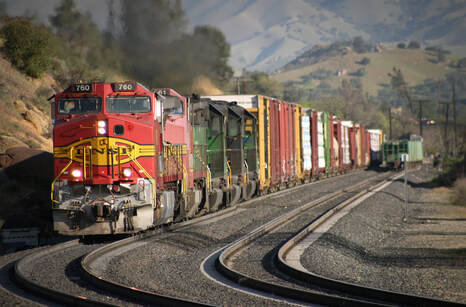 In April 2005, I was lucky enough to be given the opportunity to travel to the USA in order to photograph a completely different type of Railway system. Traveling with good friend Colin Marsden we flew from London Heathrow to Los Angeles International Airport.  During the trip we visited the Cajon Pass, Tehachapi Mountains, as well as some other sights of Southern California. My personal thanks must also go to Gray Gray, Don Toles, Bruce Jones, Sheryl & Doug, and Robert Beyer, for all their time, energy and information which they supplied to make our stay in the USA a very enjoyable one. The photo's included in this gallery were taken between April 19th and May 5th 2005, charting our photographic trip in some of the worlds most lovable locations where we spent hours watching and photographing trains hard at work.