Marine Transport is not something which I've ever spent much time following from the photographic point of view, but over they years a small set of images has come together for this gallery. Many of the images taken are from my regular visits to Portland (near Weymouth) however a few others have been captured from around the UK while on other outings. www.marinetraffic.com also made the checking of information far much easier. As the sea has no boundaries, it's amazing to find where these vessels are working today! 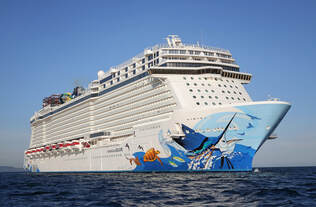 It was 8 months ago when I first ventured to Weymouth for a trip to see my first Cruise Ships up close. Another lockdown later and with restrictions on travel slowly lifting most cruise ships look like spending the Summer of 2021 anchored on the south coast of the UK. While P&O will be operating some domestic cruises, European and International cruises remain on hold. Ships are regually being rotated between Dover, Southampton, Weymouth and Torbay, and some new visitors have arrived to anchor in the sheltered waters.
I took advantage of an evening weather window on the 4th June 2021 to visit Weymouth and travel out into the bay onboard Supernova II with Skipper Lyle Stantiford. On the evening of my visit the Weymouth Bay contained: 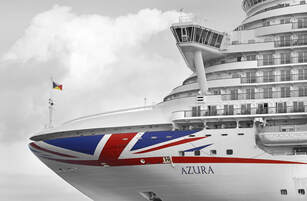 On the 12th December 2020 I took the opportunity of a rare weather window to have another go at capturing the current Devon Cruise ships at anchor in Torbay and Babbacombe bay. I managed to book with Paignton Pleasure Cruises and as there were only 7 people on board, I had the whole bottom deck to myself. The sea was flat and calm, and the sun was wonderfully warm. The weather was forecast sunshine and showers which provided some wonderful contrast and lighting conditions during the two-hour trip. Currently, Torbay is playing host to Holland America Line vessels 'Zaandam' and 'Volendam' as well as TUI 'Marella Explorer' (with Marella Explorer 2 was due to arrive from Portland later tonight). Babbacombe was playing host to P&O's 'Azura' and 'Acadia' along with Cunard 'Queen Elizabeth'. In addition to the cruise ships several container ships were also anchored in deeper water 'MOL Gratitude' and 'NYK Rumina' were also visible. 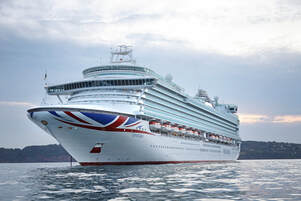 Having visited both Weymouth and Poole in preceding weeks an opportunity arose on Monday 14th September 2020 to join an evening trip out of Paignton Harbour with Paignton Pleasure Cruises on board 'The Dartmouth Princess'. The late evening trip would provide a dusk and early evening setting for three cruise liners anchored between Torquay and Teignmouth outside of the Torquay Bay beyond Thatchers Rock. P&O liners 'Azura' and 'Ventura' were anchored with Cunard Liner 'Queen Mary 2'. Sadly fellow P&O liner 'Arcadia' departed just as I had arrived into Paignton.
The unpredictable nature of the ships departing to go to sea and dump grey water and take on salt water means every opportunity needs to be taken to capture these amazing vessels while they are at anchor in the protected bays on the south coast of the UK.

Having visited  Weymouth on the 29th August 2020, I booked on a second tourist boat from Poole for the penultimate trip by City Cruises Poole on Saturday 13th September 2020. For this visit to Poole Bay there was only two cruise ships at anchor in the, both were owned by Royal Caribbean Cruise Line. The two hour tour from the dockside at Poole allowed passengers close of views of  the largest cruise ship in the world 'Allure of the Seas' and  a passing view of 'Anthem of the Seas'. Sadly Anthem of the Seas had dropped anchor outside the three mile offshore limit which out tourist boat was allowed to travel. However the crew on board did a great job of allowing passengers on board to enjoy the size of the cruise ships. 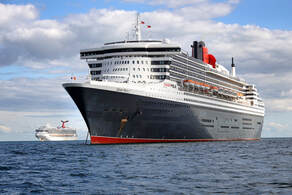 2020 will forever be know for a year in which the world was turned upside down with the first global pandemic sending a freely transmitting virus from Wuhan (China) around the world at alarming speed with dire consequences. Many industries suffered as a result, and the International Cruise industry was one of the first to experience the full force of the rampant virus early on. With up to 4000 people on board some of the larger ships it was easy to see how a virus could spread so quickly. With Cruise ships dotted all over the world the repatriation of British passengers was a huge logistical task. But once the passengers were safely delivered back to the UK, what happened to the cruise liners?. With all round the world cruise programs 'on hold', household names such as Cunard, Carnival, P&O and TUI needed locations to store their fleet of vessels for the the summer period. As the summer months progressed many of the colossal ships began to appear on the southern shores of the UK seafront. 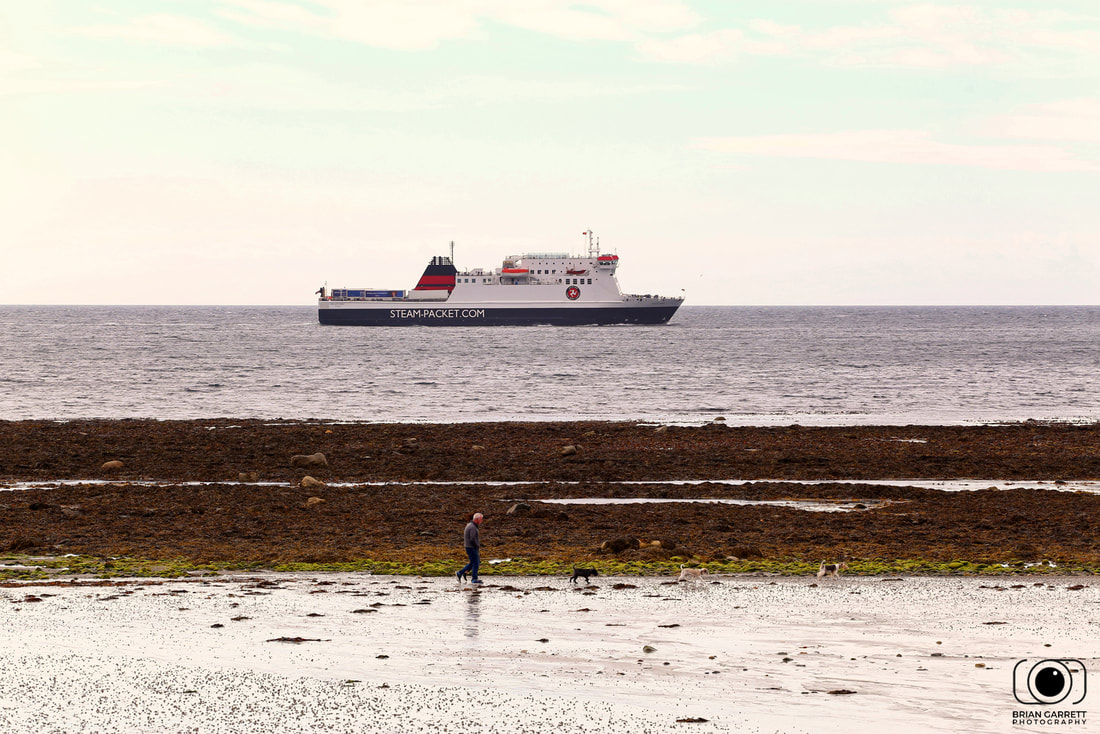 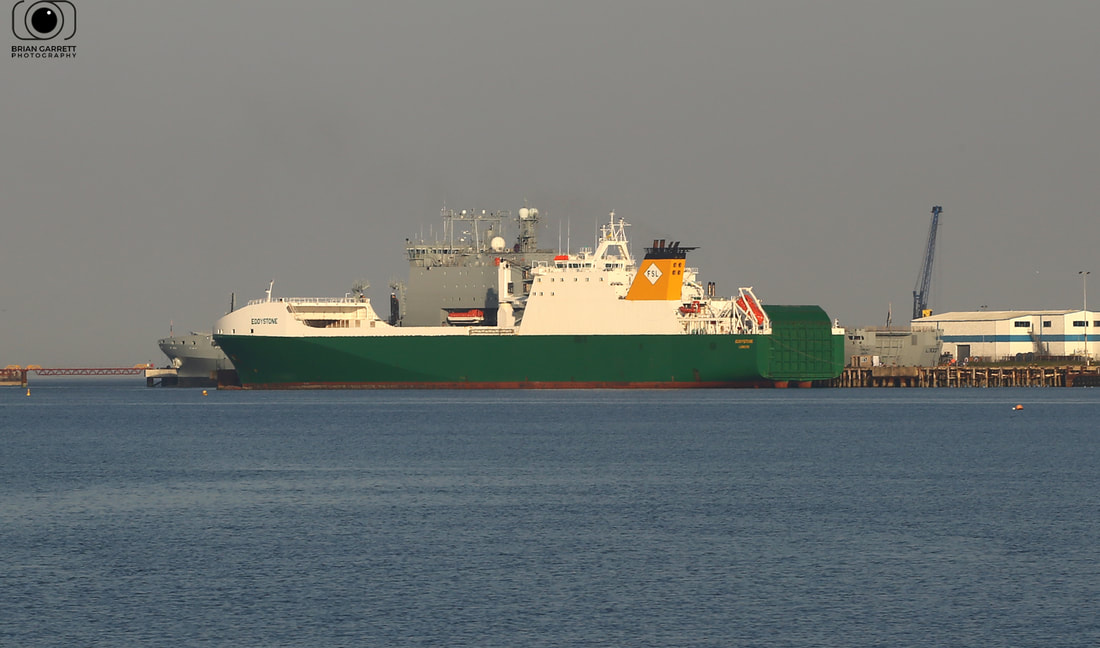 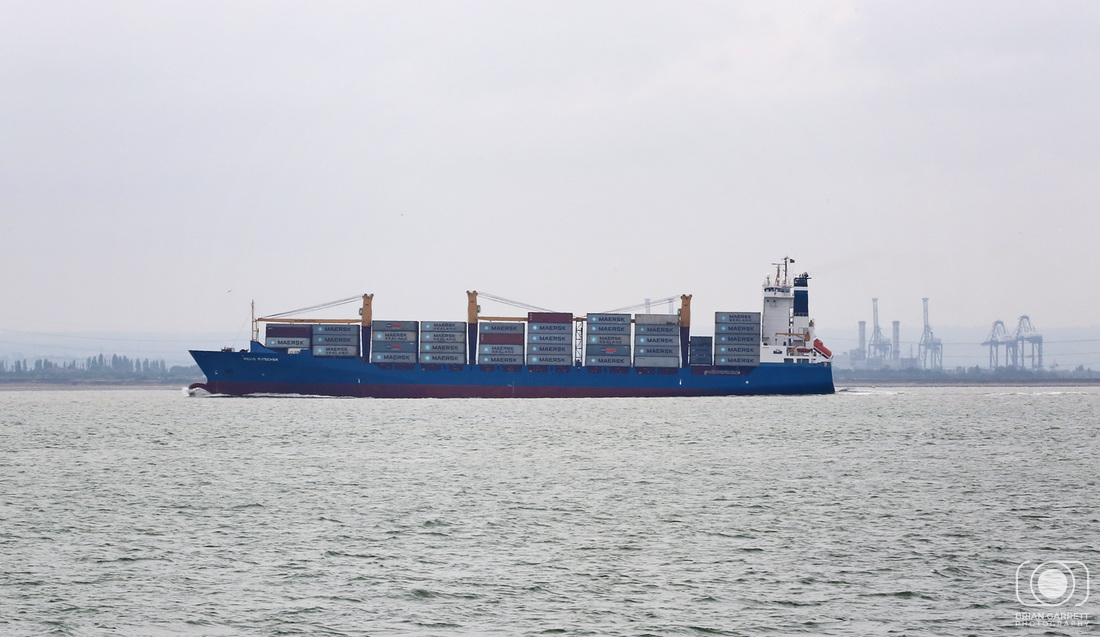 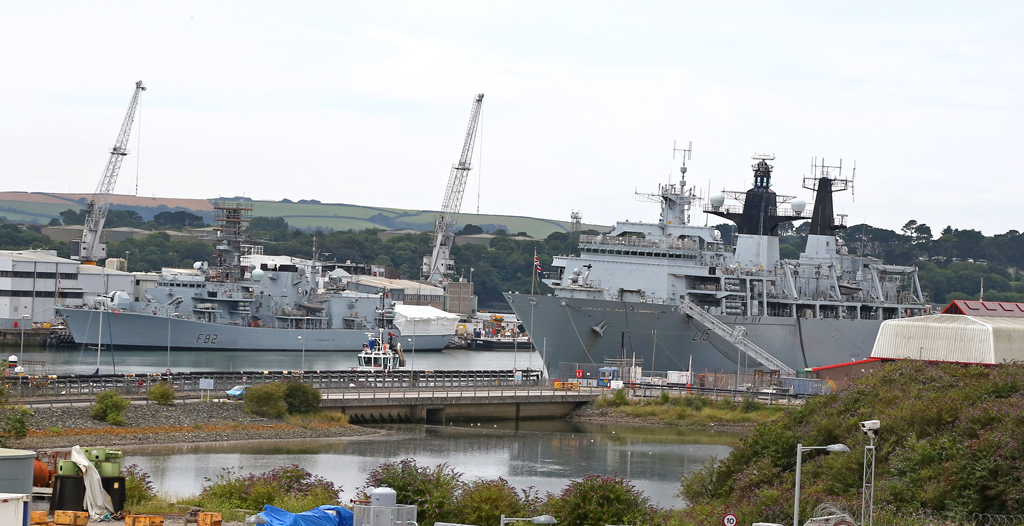 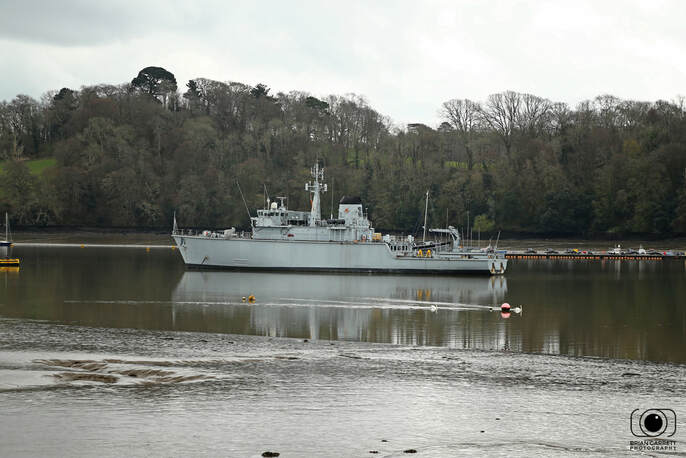 ​HMS Brecon - Brecon was built at Vosper Thornycroft, the lead yard for the Hunt class. She was launched by the Duchess of Kent and commissioned on 18 December 1979. She saw service in the aftermath of the Falklands War (1982) and the Gulf War of 1991. In 1998 she was assigned to the Northern Ireland Squadron. She acted as guardship to the tall ships race when it visited Greenock in 1999.

Brecon was the first Royal Navy vessel to be commanded by a woman. Lieutenant Charlotte Atkinson became her commanding officer in January 2004. "Charlie" was the only woman among the 45-strong crew of the ship. Her historic appointment came 14 years after the Royal Navy first began admitting female officers on equal terms with men.[3][4]

Brecon's assignment to the Northern Ireland Squadron required modifications from her traditional minesweeping duties to become a fully capable patrol platform. This included the addition of rigid-hulled inflatable boats and embarkation of a 10-strong Royal Marine boarding team.Brecon was scheduled to be decommissioned following defence cuts announced in 2004 by the British Ministry of Defence. The ship's company held a last divisions and decommissioning ceremony on 19 July 2005.

In February 2008, Brecon was taken in hand for use as a static training ship at Jupiter Point HMS Raleigh, where she is utilised to provide new recruits with their first taste of life aboard a Royal Navy ship.